A terracotta bust of Queen Philippa of Hainault wife of Edward III from Queen Caroline's Library.

A Terracotta bust of Queen Philippa of Hainault (1314 - 69),
Wife of Edward III.
One of the Seven Terracotta Busts by Michael Rysbrack,
Accidently Destroyed when a Shelf Collapsed
at Windsor Castle in 1906.
The Original Photographs were taken by Livingstone in 1874 for a royal inventory. 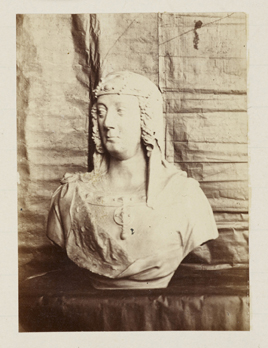 The Rysbrack bust based on the monument in Westminster Abbey and the portrait by Thomas Murray of 1710 engraved by John Faber Snr.
Royal Collection Trust / © HM Queen Elizabeth II, 2015. 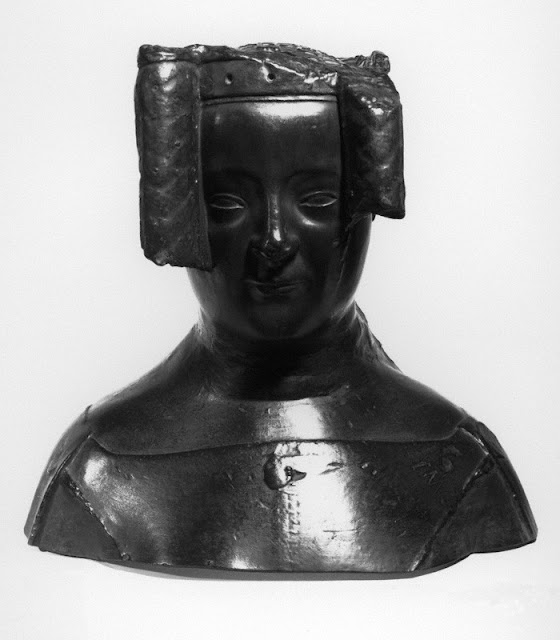 This electrotype is a copy from the head and shoulders of the marble tomb effigy in Westminster Abbey. It is one of a series of electrotype reproductions of tomb effigies made for the National Portrait Gallery by Elkington & Co in the 1870s. An electrotype sculpture of this type is made by electro-deposition of copper onto a mould or cast of an object. The electrotype could then be patinated like bronze.
Bought by the NPG in 1872
Photograph NPG. 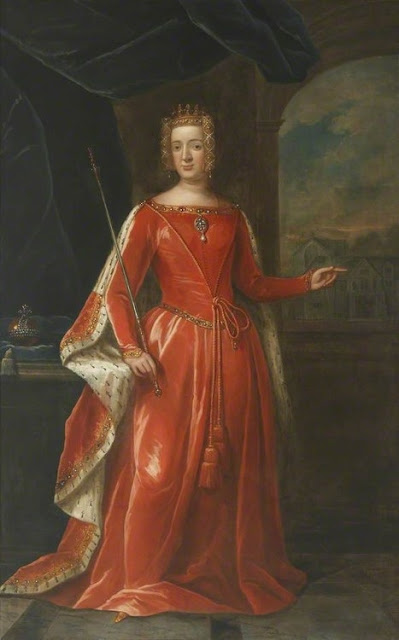 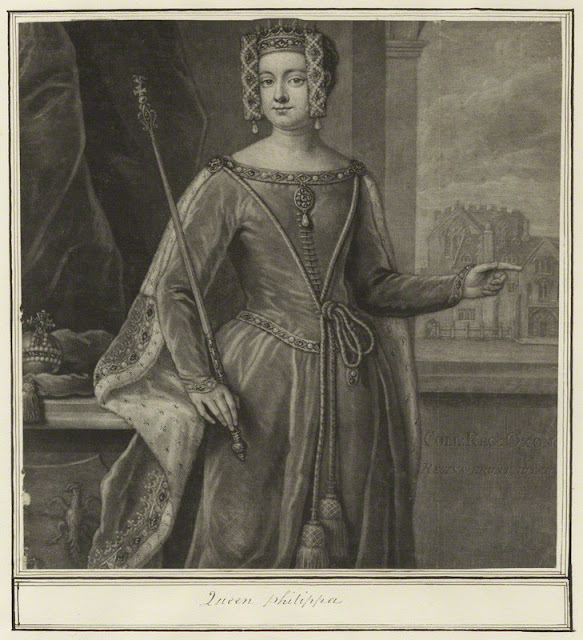 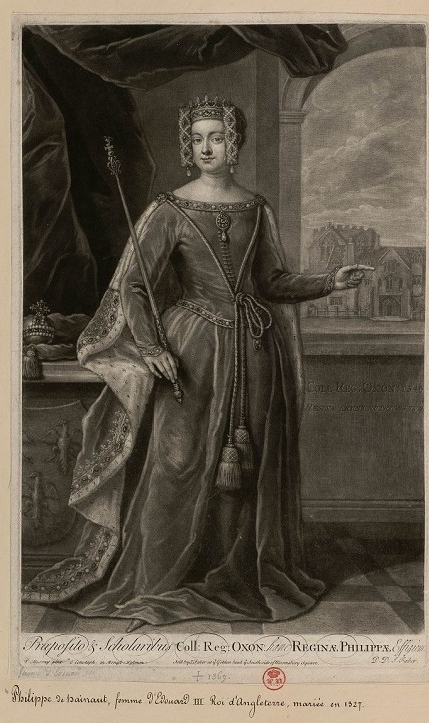 The Faber Mezzotint from the collection of Louis Philippe at the Chateau of Versailles.

Detail of the Faber Mezzotint giving the source of the image as both of the painting by Murray and the monument in Westminster Abbey. 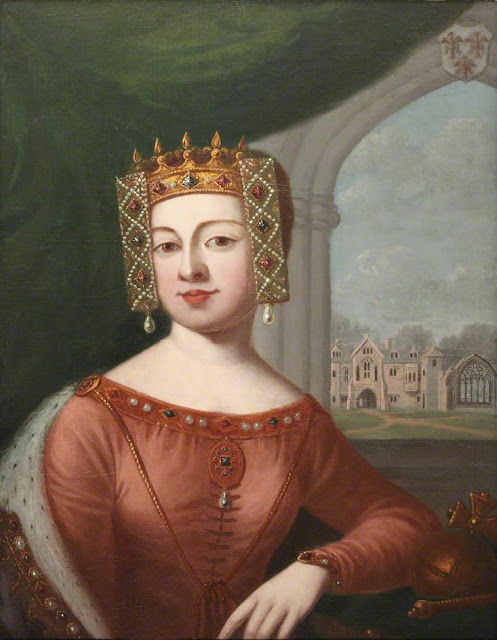 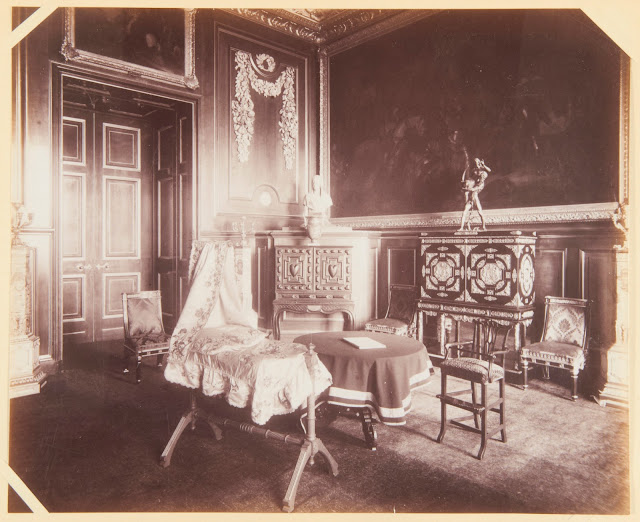 Posted by David Bridgwater at 02:51