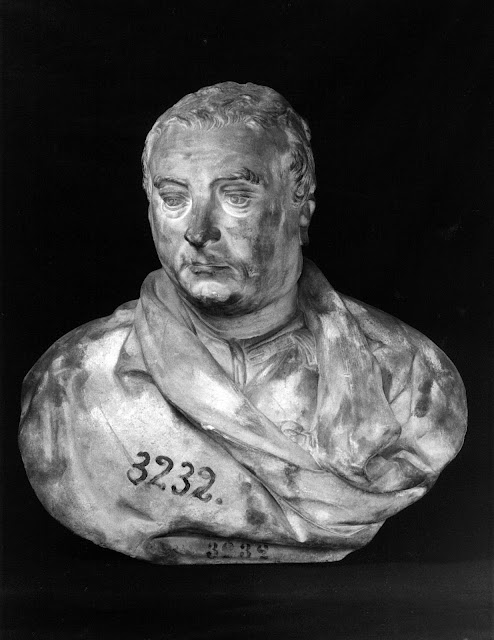 A photograph of indeterminate age of a plaster bust of Handel after Roubiliac provided to me by Gipsformerei der Staatlichen Museen zu Berlin.
Slightly shorter than the terracotta - no button on the collar.
This was the master from which the bust at the Handel Haus Museum in Halle Germany was cast from (see below). It was made for Handel-Haus in 1997 by the gipsformerei (plaster workshop) of the Stiftung Preutgischer Kulturbesitz in Berlin, and that plaster was cast after a bust in their collection bearing the signature of the German sculptor, Aurelio (Mark Aurelius) Micheli (1834-1908, fl 1860-70), who specialised in portraits of notable Germans, many of them composers, and whose works appear to have been issued in multiples produced by the plaster workshop of the Micheli Brothers in Berlin.
It is not clear whether this is a photograph of the original cast taken by Aurelio Micheli in the mid 19th century.
For the current catalogues of  the Gipsformerie catalogue see http://ww2.smb.museum/GF/index.php 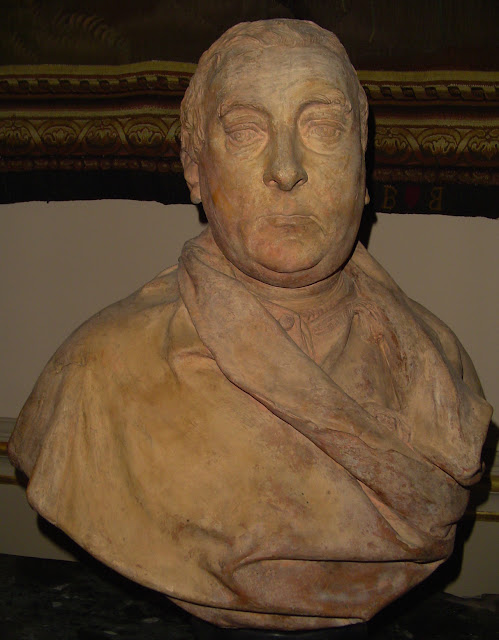 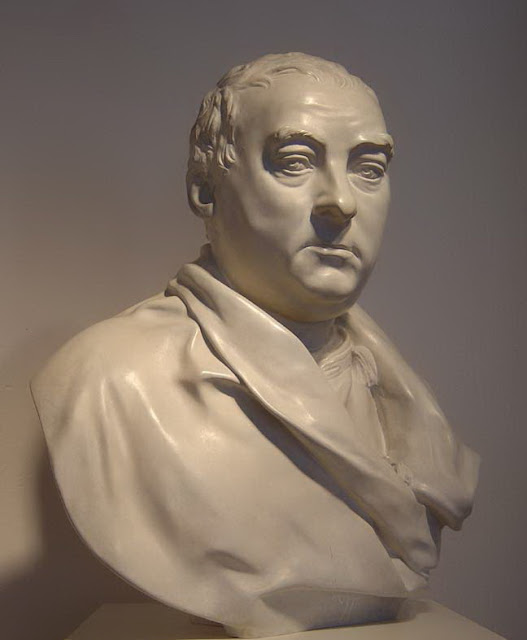 The Handel Haus Halle Museum plaster bust of Handel after Roubiliac which was taken from the mid 19th century Aurelio Micheli bust.
Below for comparison the Royal Collection marble bust by John Bacon with a slightly longer trunk.
_________________________ 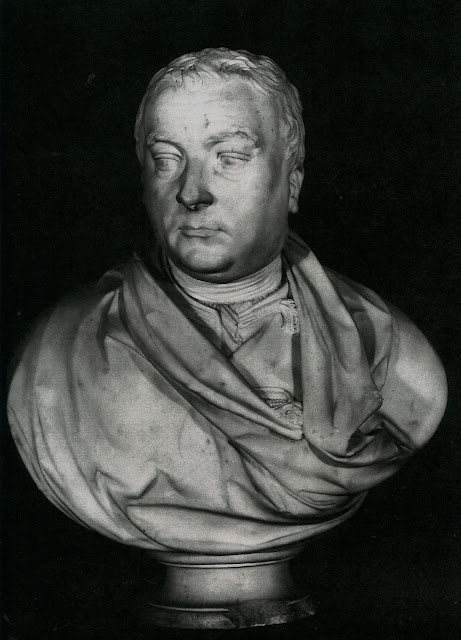 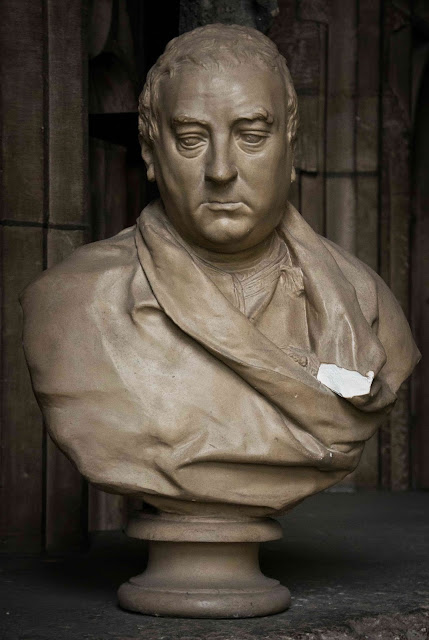 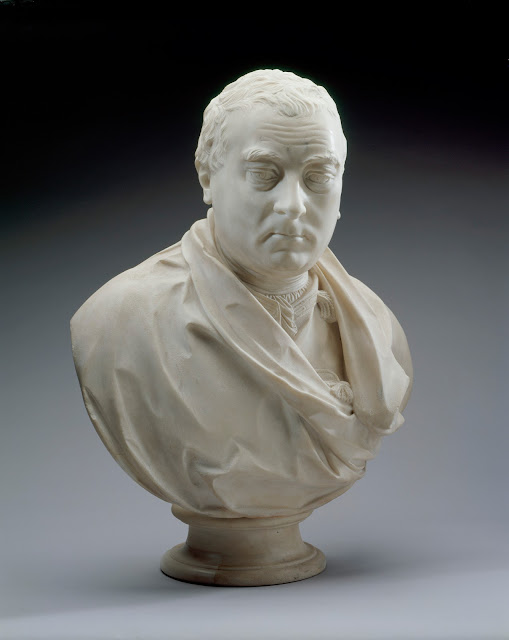 Marble Bust of Handel
Royal Collection
https://www.rct.uk/collection/search#/27/collection/11909/george-frederick-handel
No button on the collar
There is no direct evidence that this bust is by Roubiliac and it has been attributed to John Bacon.

Handel's most important patron was George III, who placed this bust of his favourite composer in a position of honour in Buckingham House, on top of the organ in Queen Charlotte’s Breakfast Room.

I think this attribution to Bacon is unlikely
Posted by David Bridgwater at 04:12