The Vauxhall Handel by Roubiliac

The Vauxhall Gardens Statue of George Frederick Handel of 1738.
by Louis Francois Roubiliac. 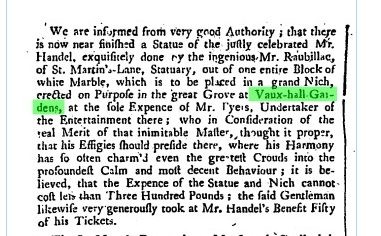 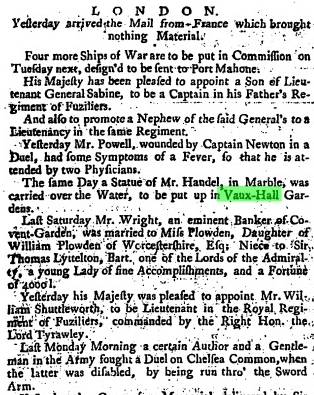 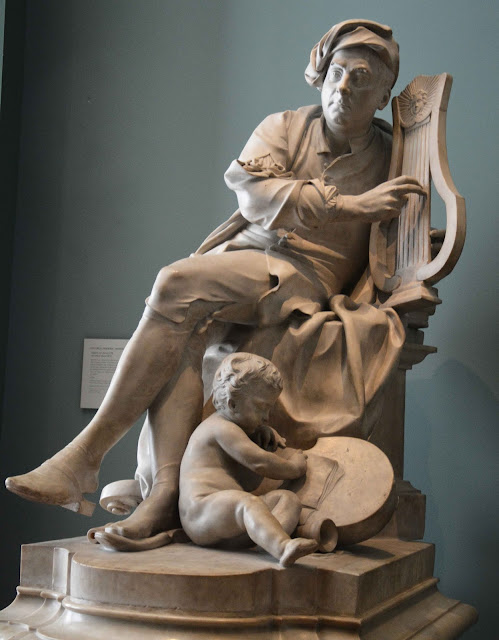 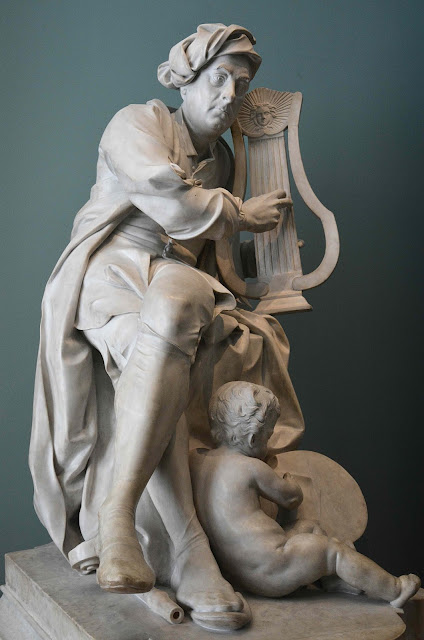 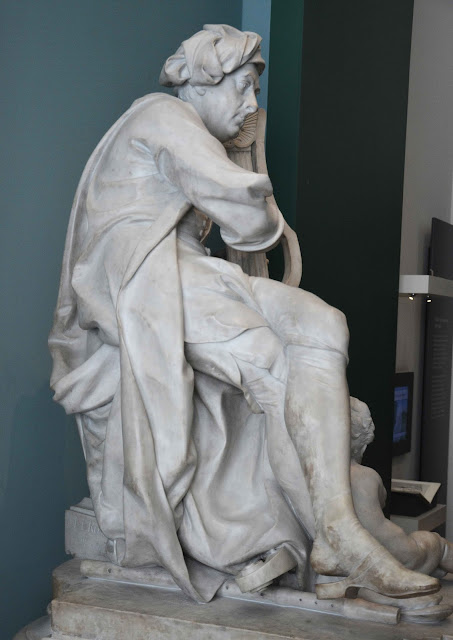 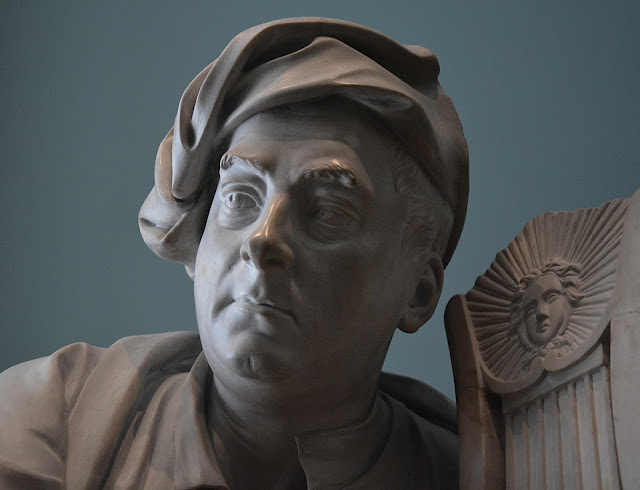 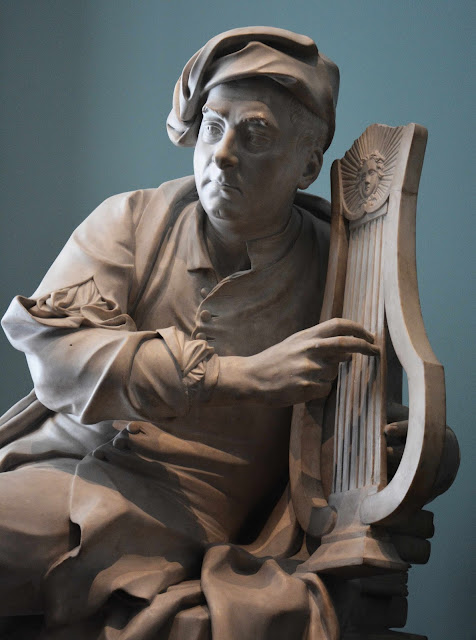 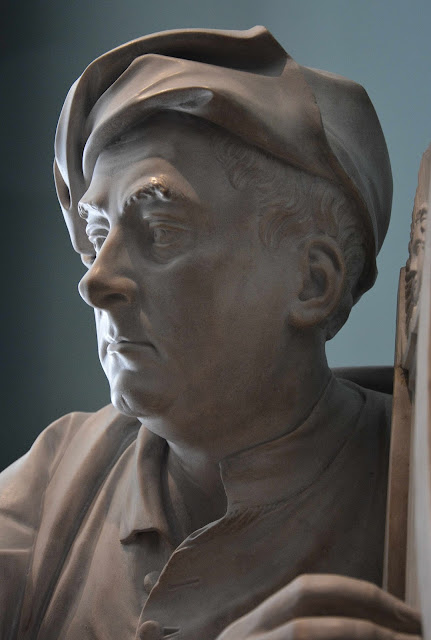 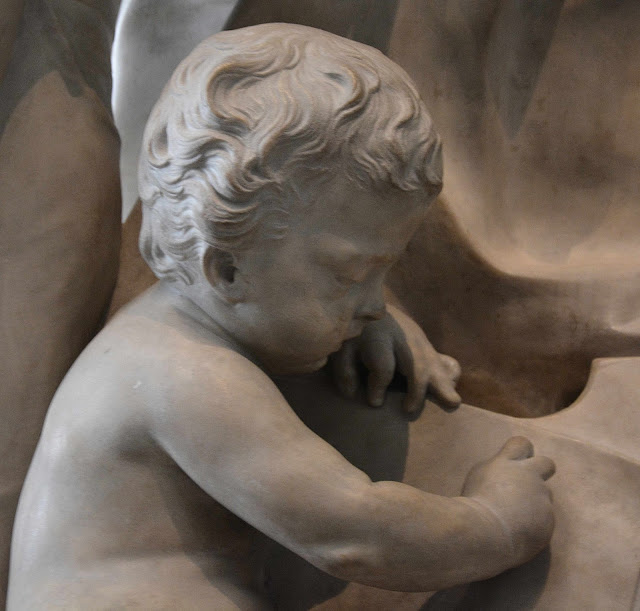 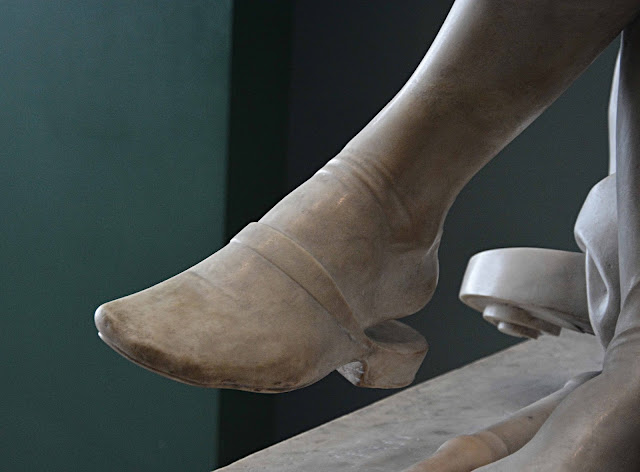 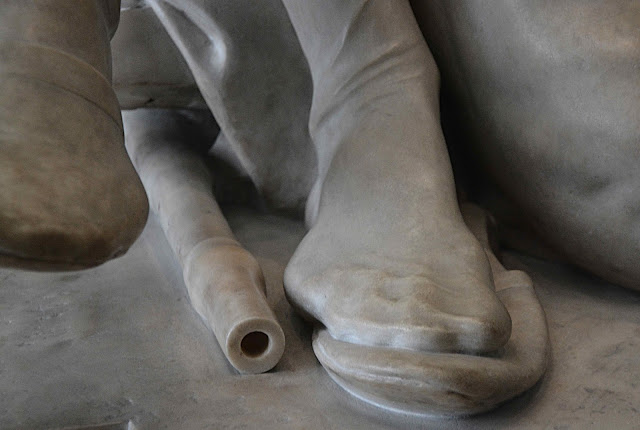 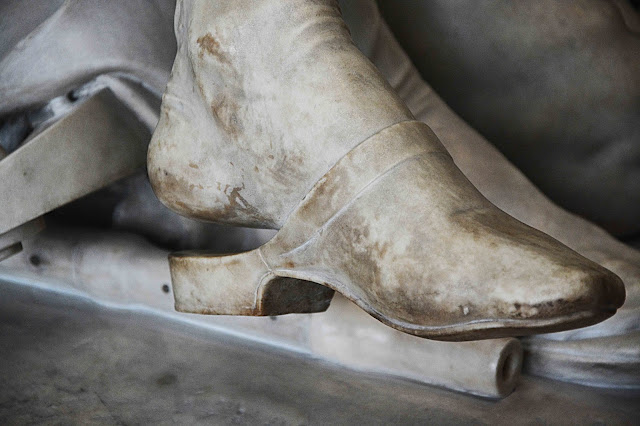 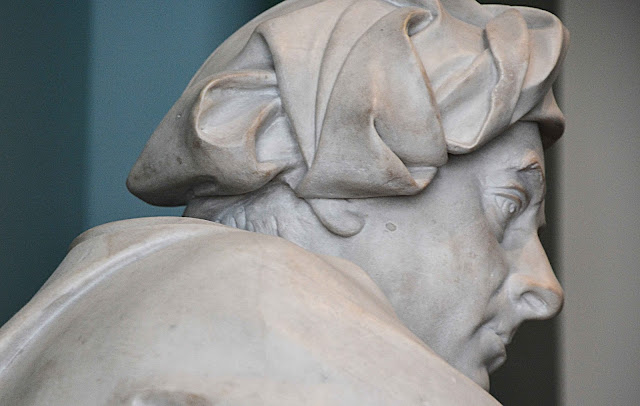 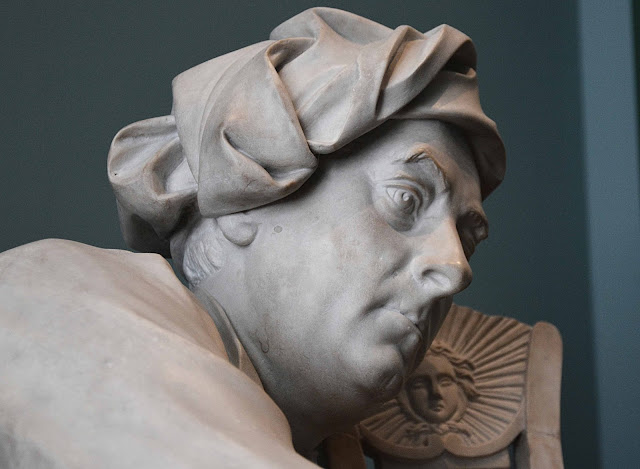 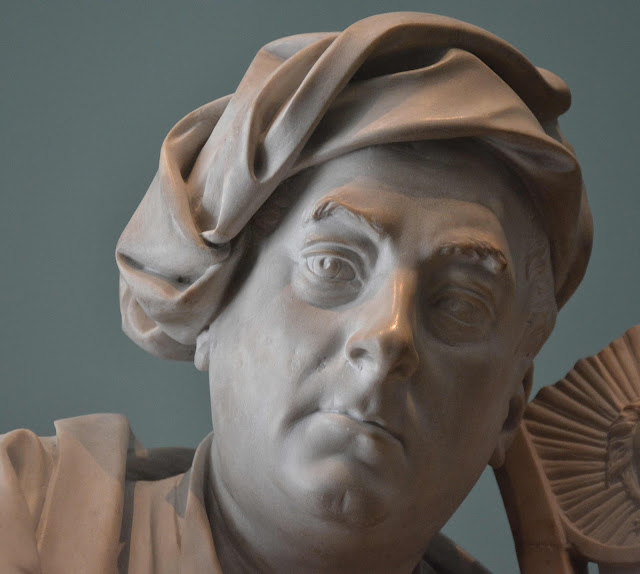 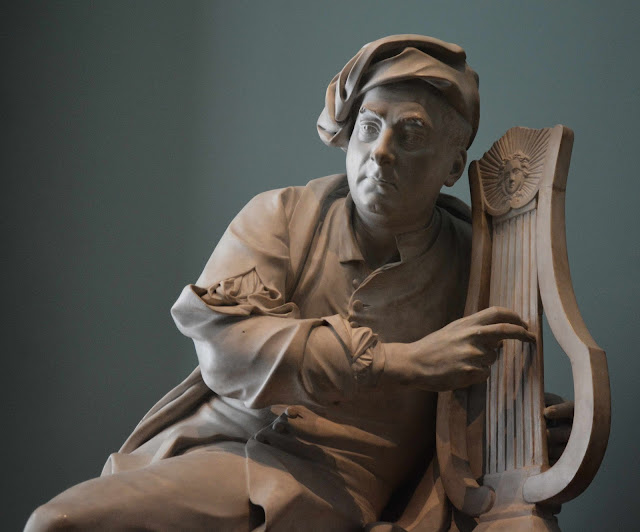 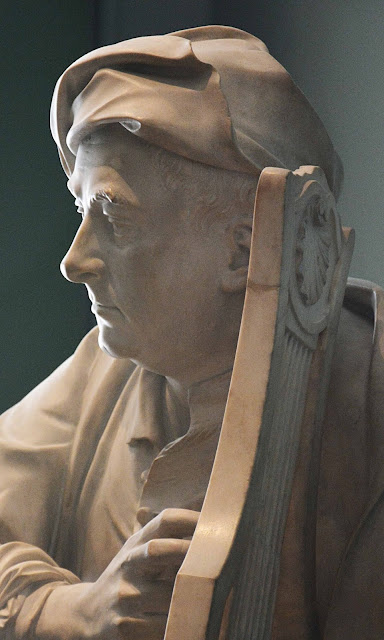 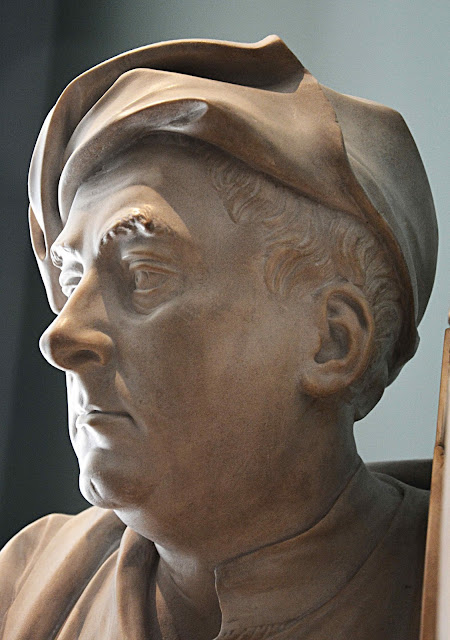 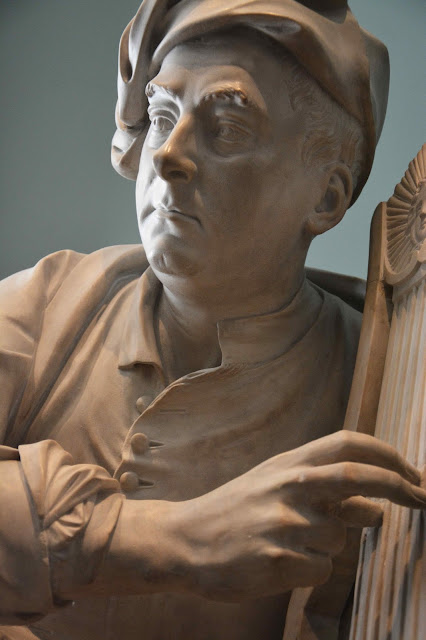 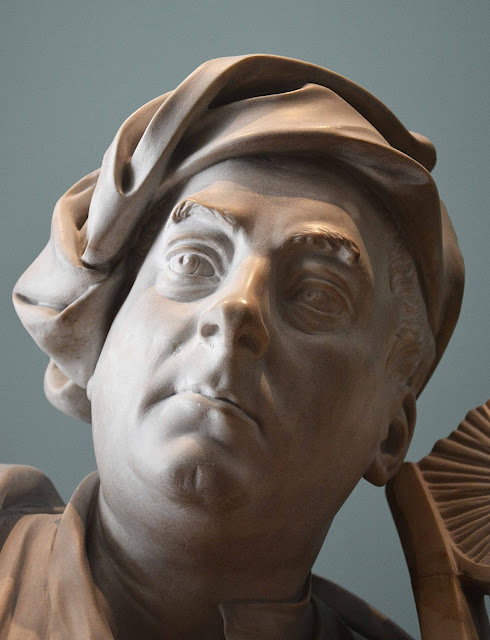 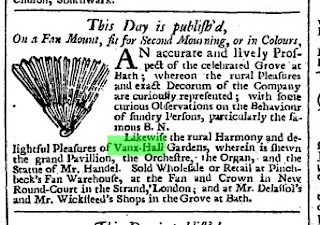 The following was lifted from the V&A collections website see -

It was commissioned by Jonathan Tyers and placed in the pleasure Gardens at Vauxhall in 1738 in a Grand Niche, in the Grove, where it remained for nearly 80 years. 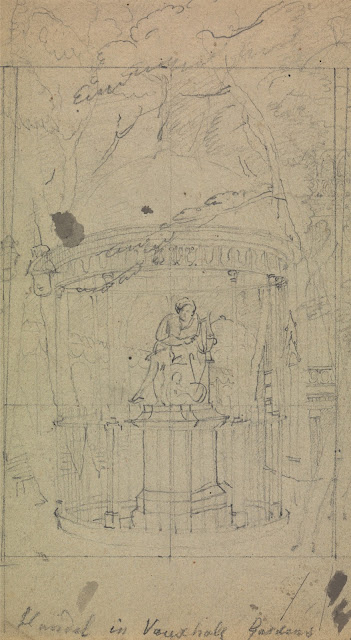 Undated drawing of the statue of Handel at Vauxhall Gardens attributed to Edward Francis Burney (1760 - 1848). It appears to show the statue underneath a domed rotunda.
Yale Center for British Art, Gift of William Drummond.

The figure is last recorded in the Grove behind the Orchestra in 1813.

Before the attempted  sale of Vauxhall Gardens, the 'Handel' was removed to the Stockwell home of George Rogers Barrett, shortly before his death. Around 1818 the figure passed to Jonathan Tyers Barrett, and was placed in the front hall of his house in Duke Street, Westminster.

The death of Tyers Barrett in 1830 resulted in the sale of the figure by Mr Christie, King Street, London on 28 April 1830, lot 80. The 'Handel' was again sold in 1833 by Mr Squibb of Savile Row to 'the sculptor and marble contractor', Joseph Brown of University Street, London, for £215 5s.

Purchased by the Sacred Harmonic Society from Joseph Brown in 1854 for 100 guineas; a pamphlet published by them in 1854 recorded its recent purchase. The marble plinth on which this figure is now displayed was almost certainly made at this time. The statue was displayed in the Society's offices in Exeter Hall, Strand, London until 1880 when it moved premises.

The figure was moved to the offices of Novello and Company at 1 Berners Street, London, as was later purchased by Henry Littleton, chairman of the company. It remained in his possession at his Sydenham home for about twenty years; it was then given by his son to Novello and Company, where it remained at 160 Wardour Street from about 1906 to 1964, until its purchase by the Museum in 1965. Purchased from Novello and Company Ltd in 1965 for £10,000 with assistance from the National Collections Fund. 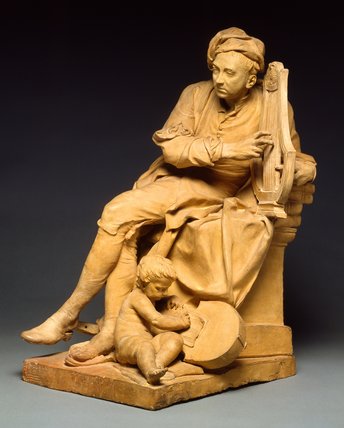 Model of the Vauxhall statue of Handel by Roubiliac in the Fitzwilliam Museum, Cambridge.
Terracotta, hand-modelled and fired, height 47.2cm, width 26.9cm, diameter 36.2cm, before 1738.

There are two mentions in the mid Eighteenth Century London newspapers of plaster sculptures of Handel.

Evening Post, 15th March 1751. "To be published by subscription, a figure in plaister of Paris of the celebrated Mr Handel, taken from the statue at Vauxhall. Conditions - the price to the subscriber is one guinea and a half; half a guinea to be paid at the time of subscribing, and the remainder on the delivery, which will be in May next. Subscriptions are taken at Mr Fosters on Ludgate Hill, where the model may be seen.


As far as I know no plaster casts of the Vauxhall statue have have come to light and perhaps this refers to another bust.
Perhaps it is a coincidence but the fact that Fenwick bull was advertising a plaster bust of Handel in1758.

Vertue described this terracotta maquette in 1751, as “the model in clay baked of Mr Handel done by Mr Roubiliac - the same from which the Foxhall statue in Foxhall Gardens was done….. this model near 2 foot high is in the possesion of Mr Hudson painter”.

The Public Advertiser, 19th April 1758. An edition of thirty casts of a bust of Handel was advertised for sale by subscription by F. Bull.

To the lovers of music particularly those who admire the compositions of Geo Frederick Handel esq. F.Bull at the White Horse Ludgate Hill, London having at Great expense procured a fine model of a busto of Mr Handel proposes to sell by subscription thirty casts in plaister of Paris. The subscription money which is to be paid at the time of subscribing, and for which a receipt will be given, is one guinea and the cast in the order in which they are finished and will be delivered in the order in which the subscriptions are made. The busto which will make a rich and elegant piece of furniture... to be twenty three and a half high and eighteen inches broad. The model may be viewed until Monday next at the place above mentioned. 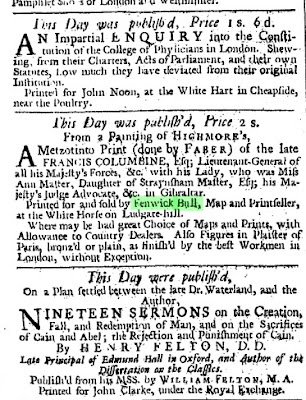 Posted by David Bridgwater at 04:03