Comparison Photographs of the Gloucester Cathedral Plaster and the Sotheby's Marble busts of Handel.
Also illustrated: The Grimsthorpe Terracotta, the Haendl Haus Plaster and the Royal Collection MarbleBusts.
This Post updated 20 October 2020. 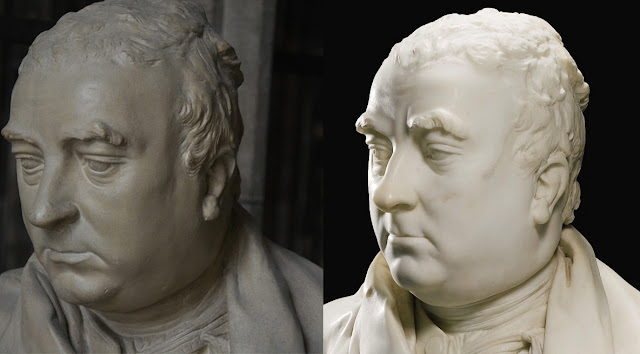 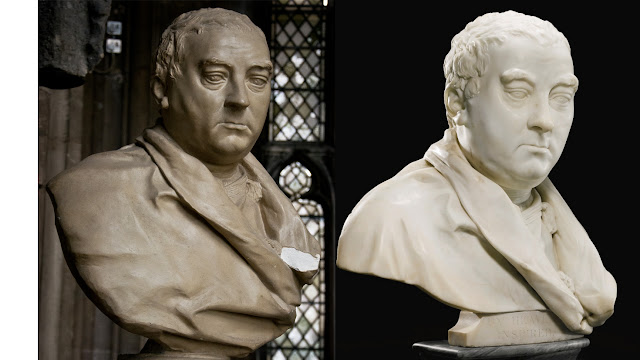 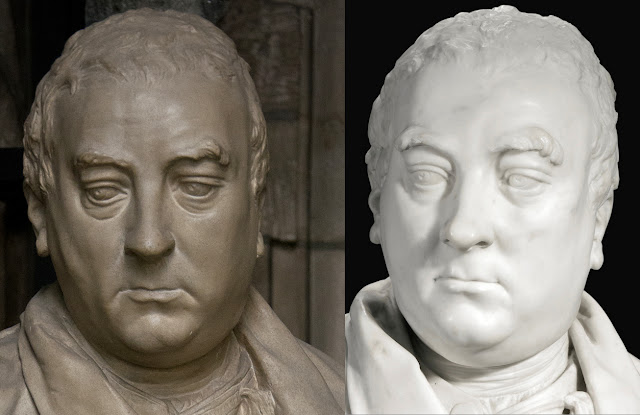 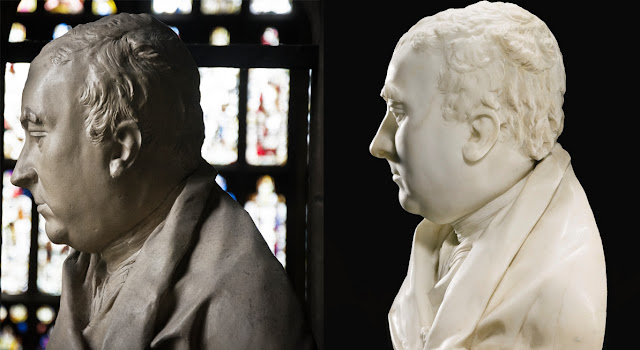 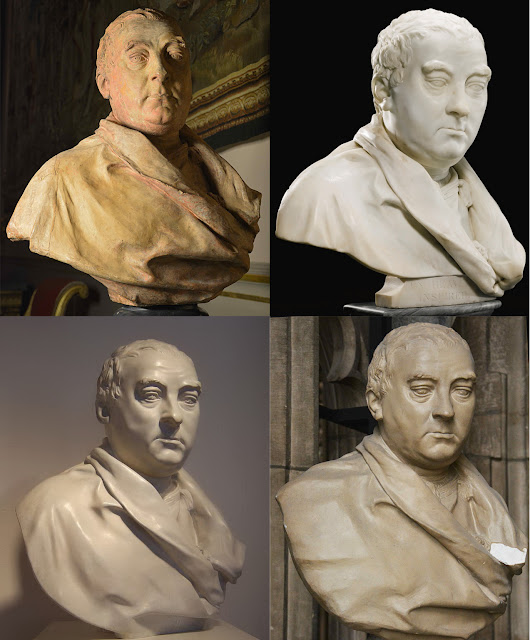 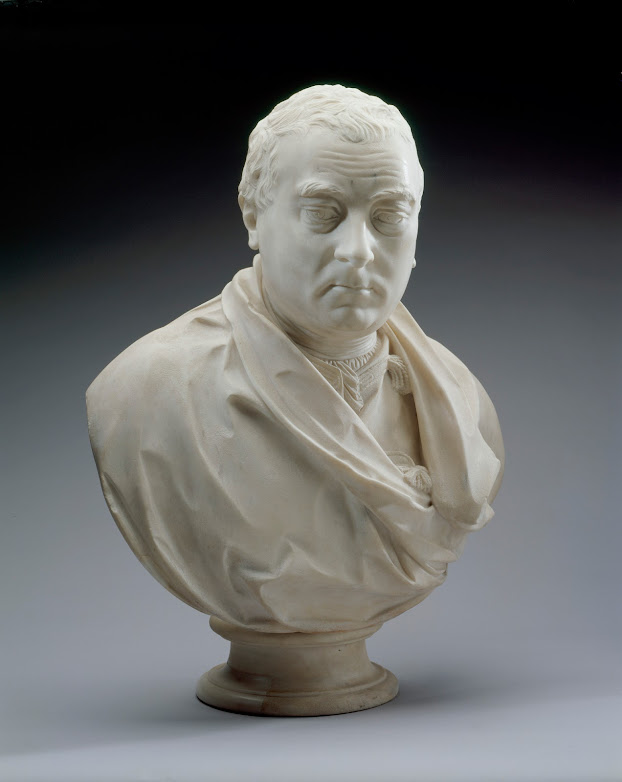 Handel's most important patron was George III, who placed this bust of his favourite composer in a position of honour in Buckingham House, on top of the organ in Queen Charlotte’s Breakfast Room. 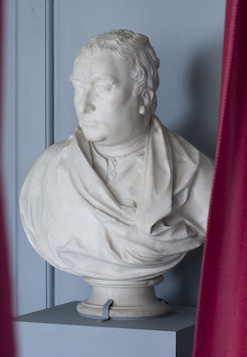 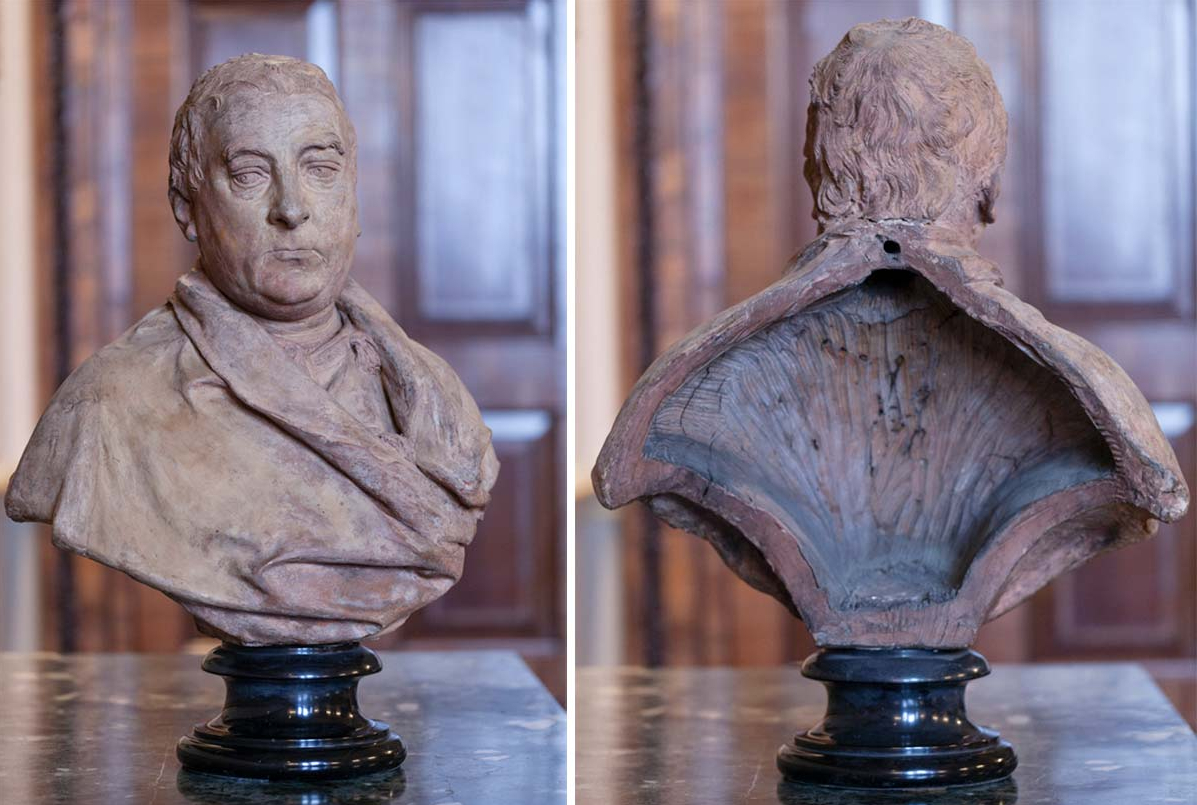 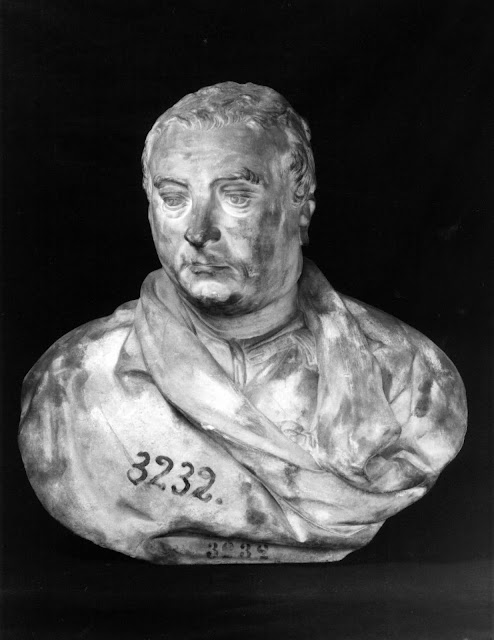 It is a slightly truncated version of the Grimsthorpe terracotta
- it has been slightly shortened at the bottom.
Image courtesey:
https://www.gipsformerei-katalog.de/sammlungsgebiete/19.-jahrhundert/2126/georg-friedrich-haendel

This was the master from which the bust at the Handel Haus Museum in Halle Germany was cast from (see above). It was made for Handel-Haus in 1997 by the Gipsformerei (plaster workshop) of the Stiftung Preutgischer Kulturbesitz in Berlin, and that plaster was cast after a bust in their collection bearing the signature of the German sculptor, Aurelio (Mark Aurelius) Micheli (1834-1908, fl 1860-70), who specialised in portraits of notable Germans, many of them composers, and whose works appear to have been issued in multiples produced by the plaster workshop of the Micheli Brothers in Berlin.