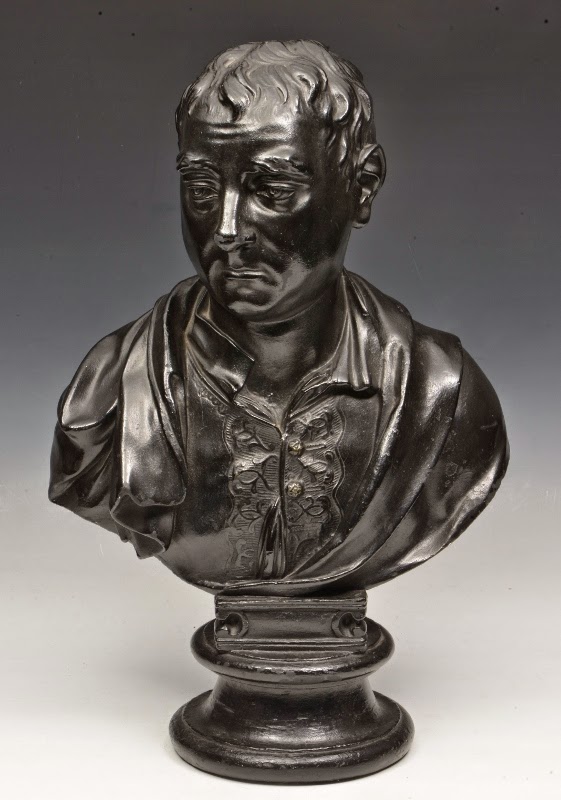 The bust of Handel now in a private collection (January 2015) 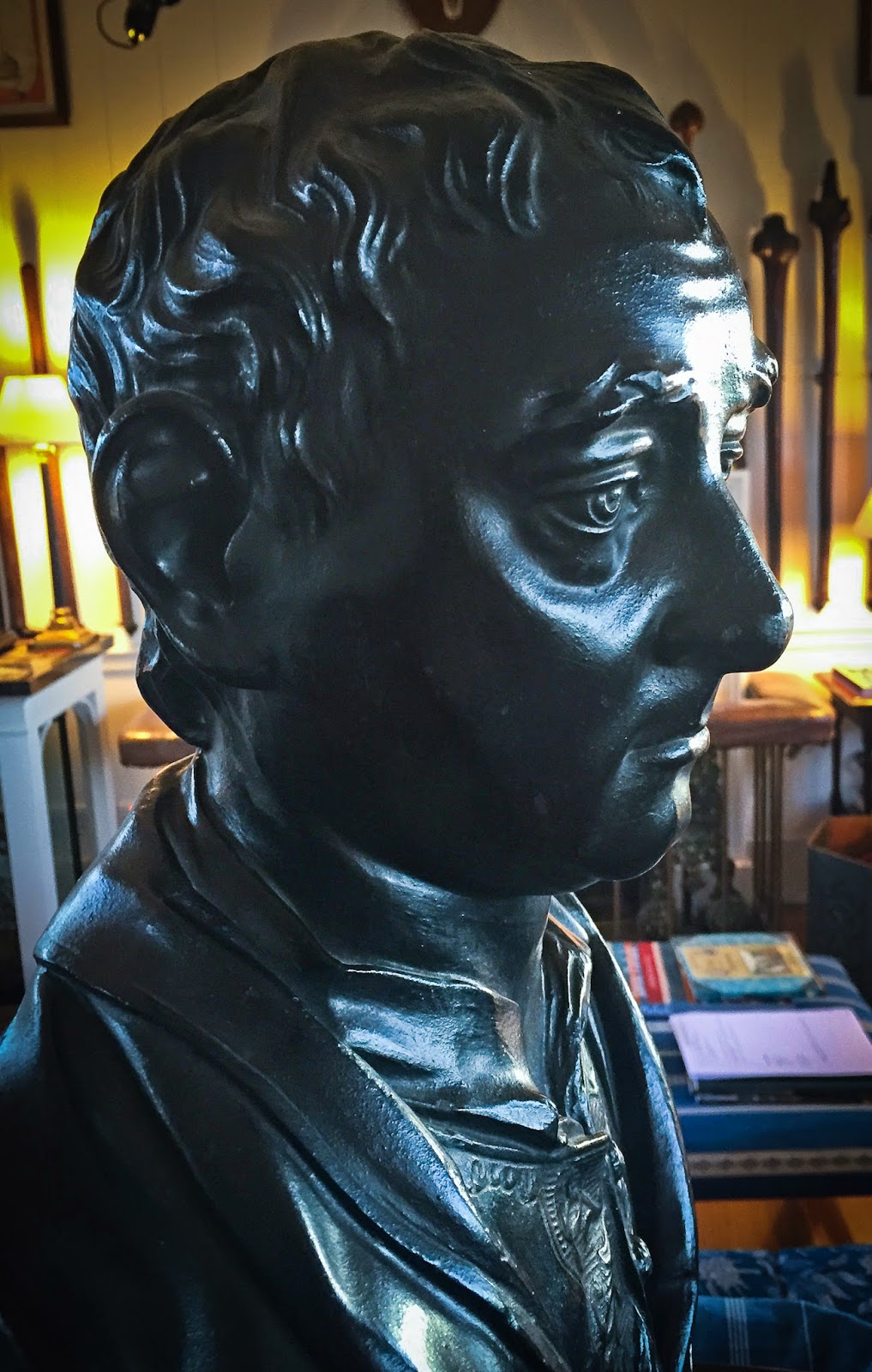 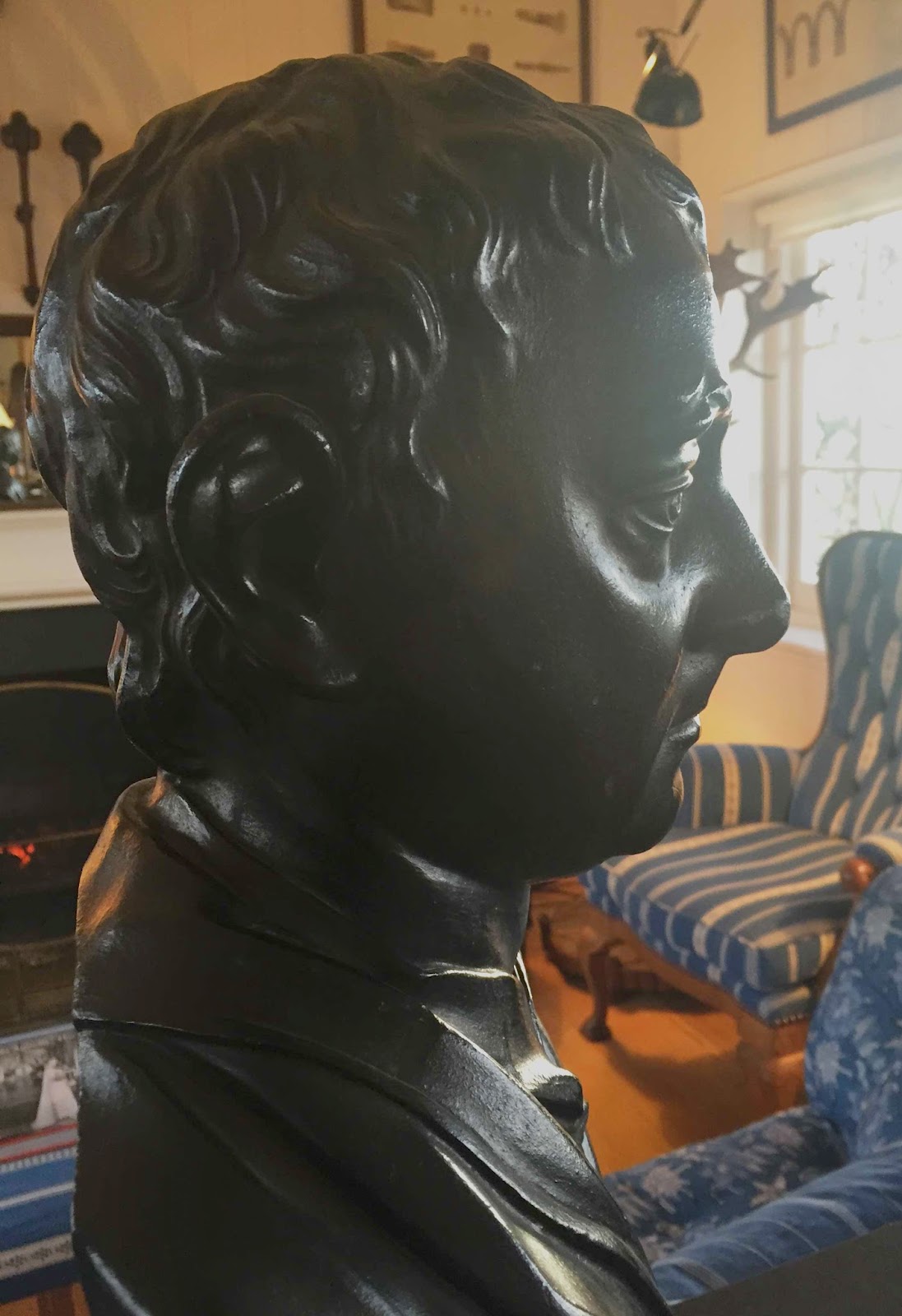 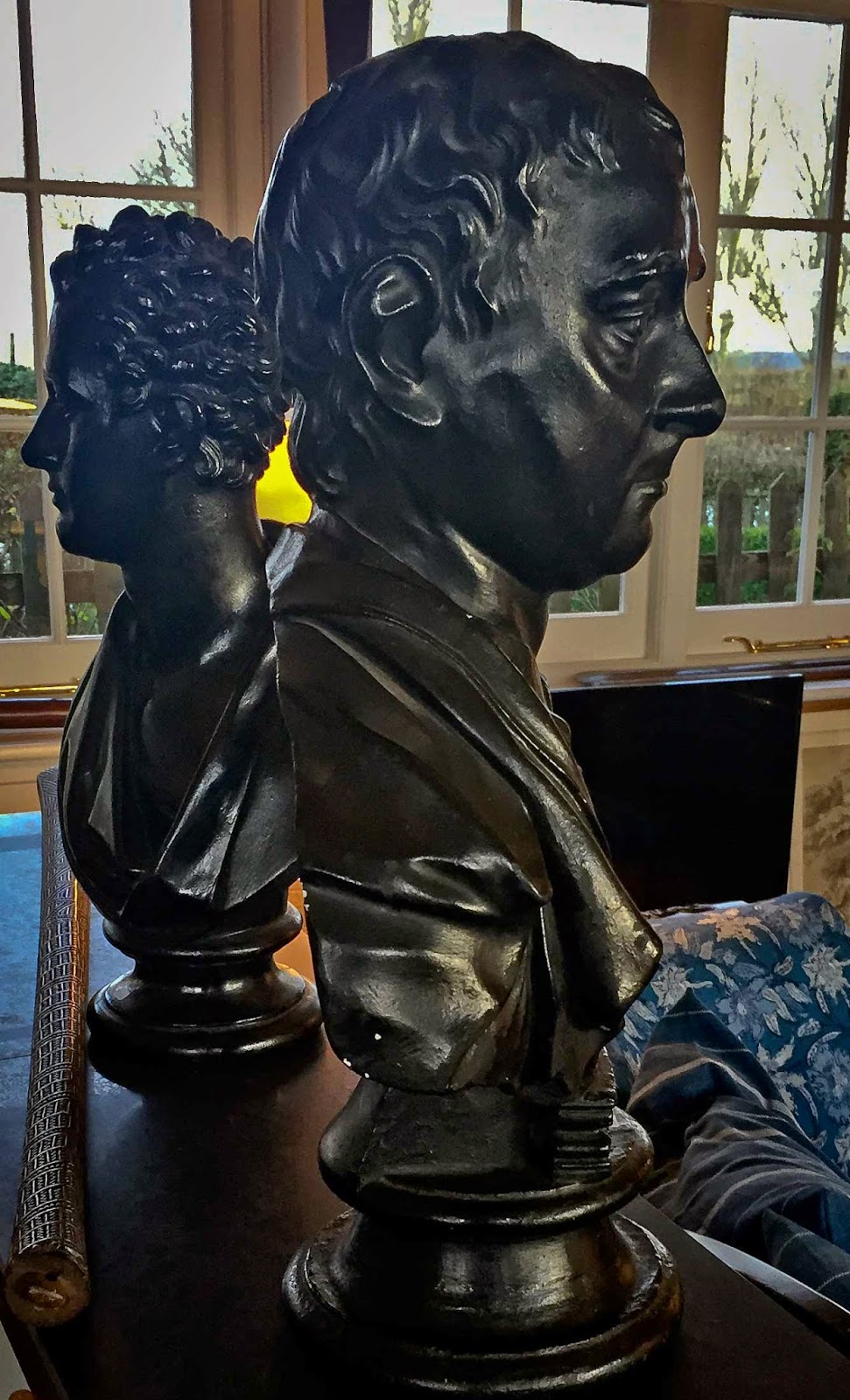 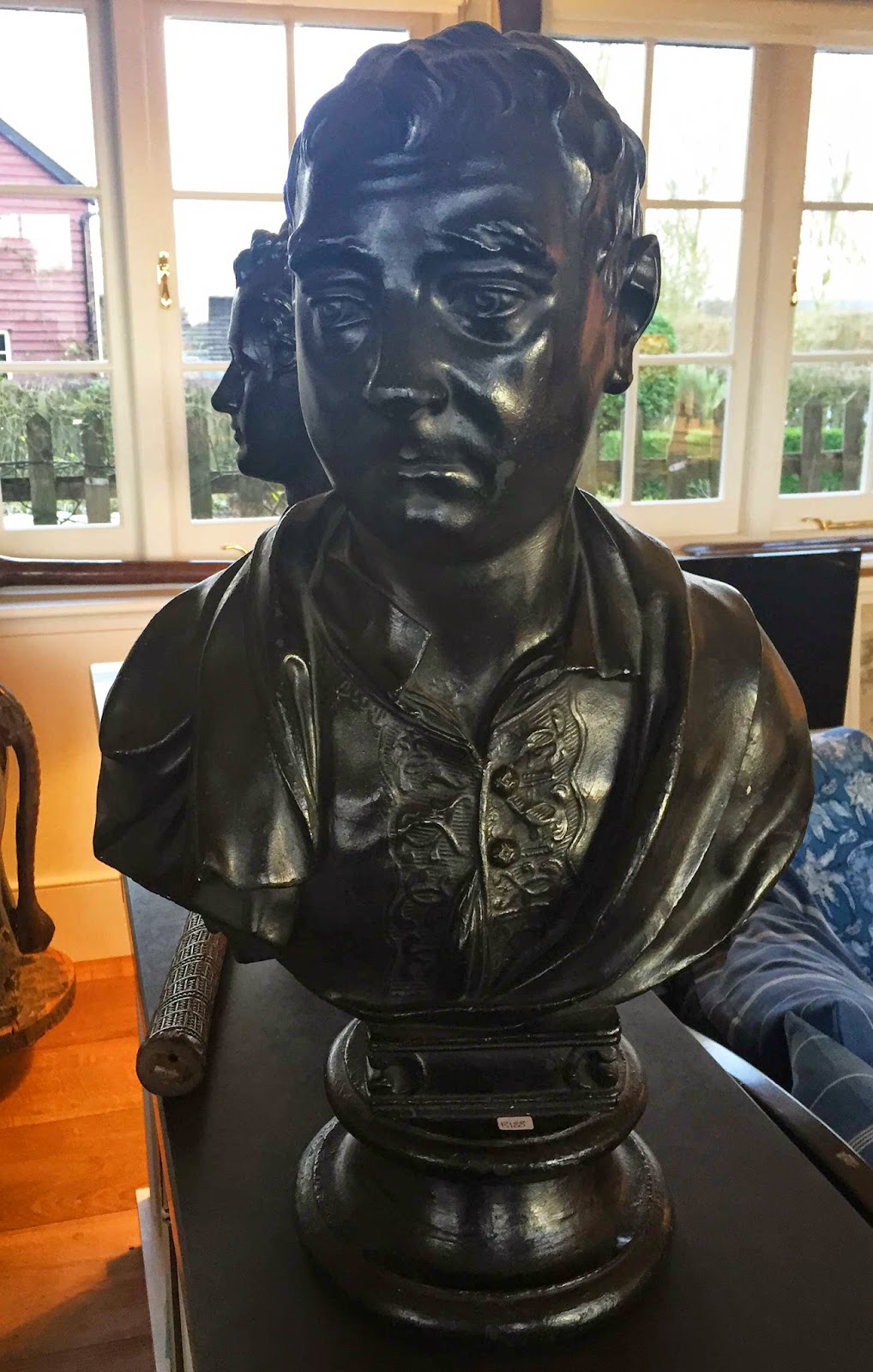 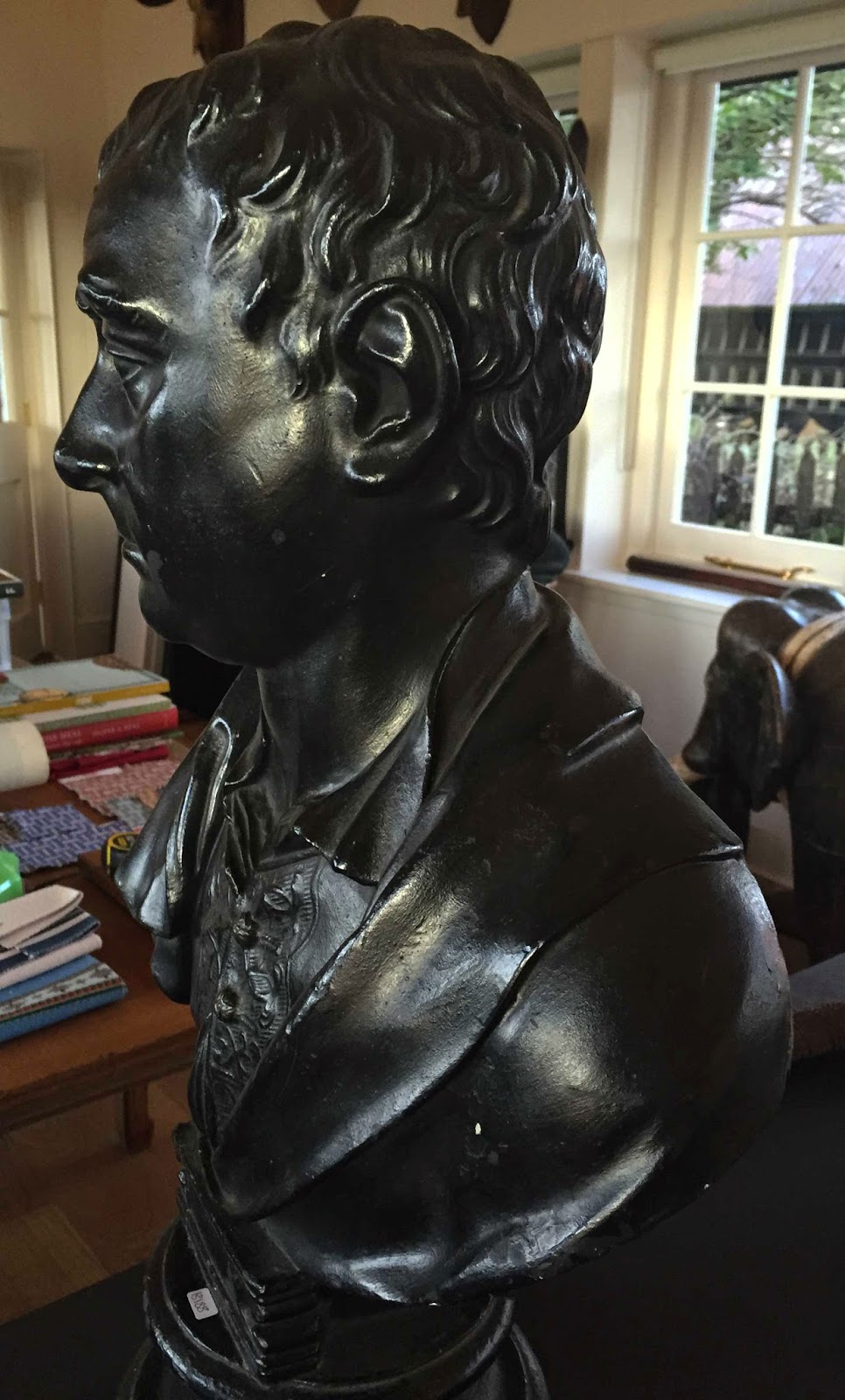 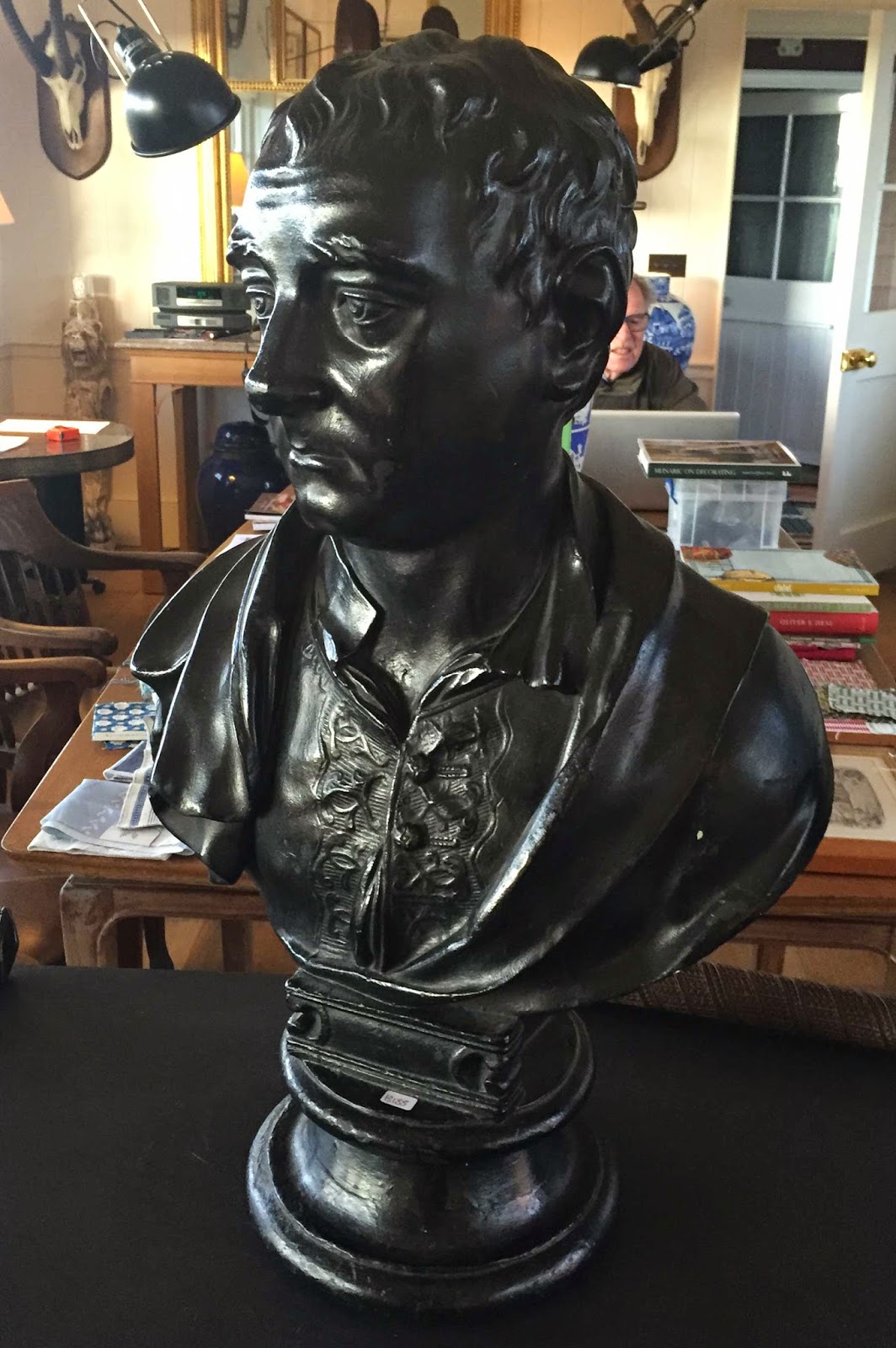 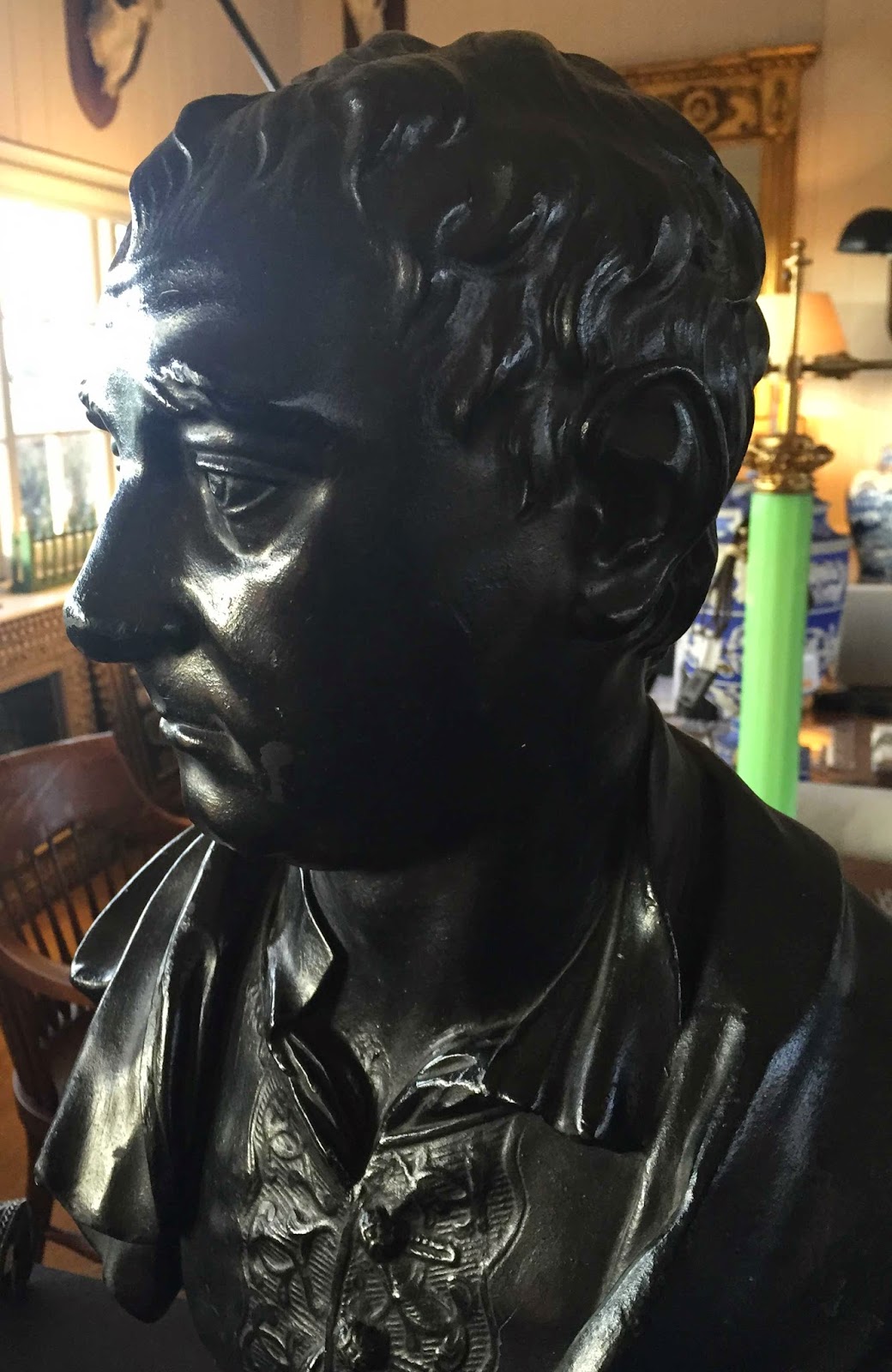 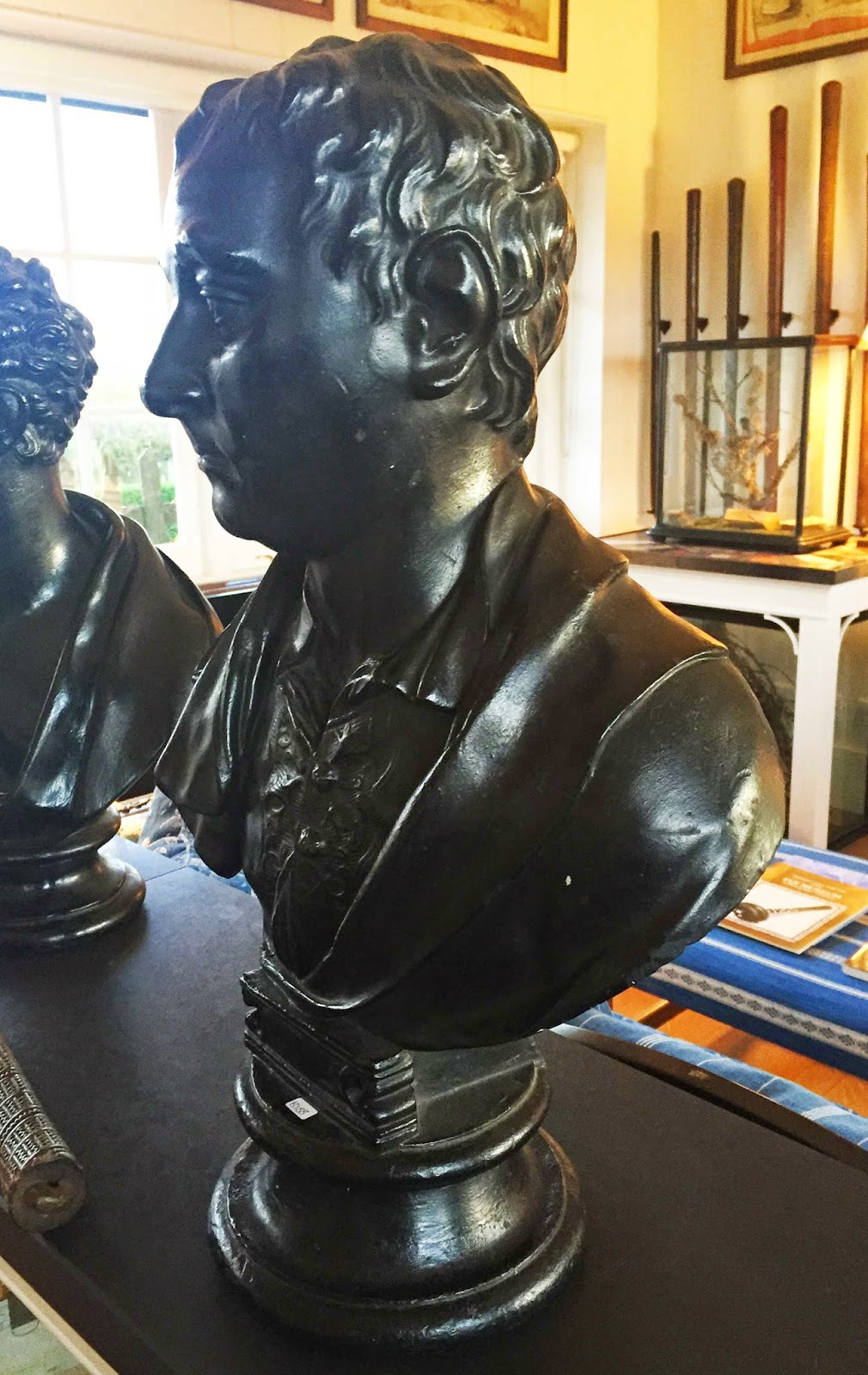 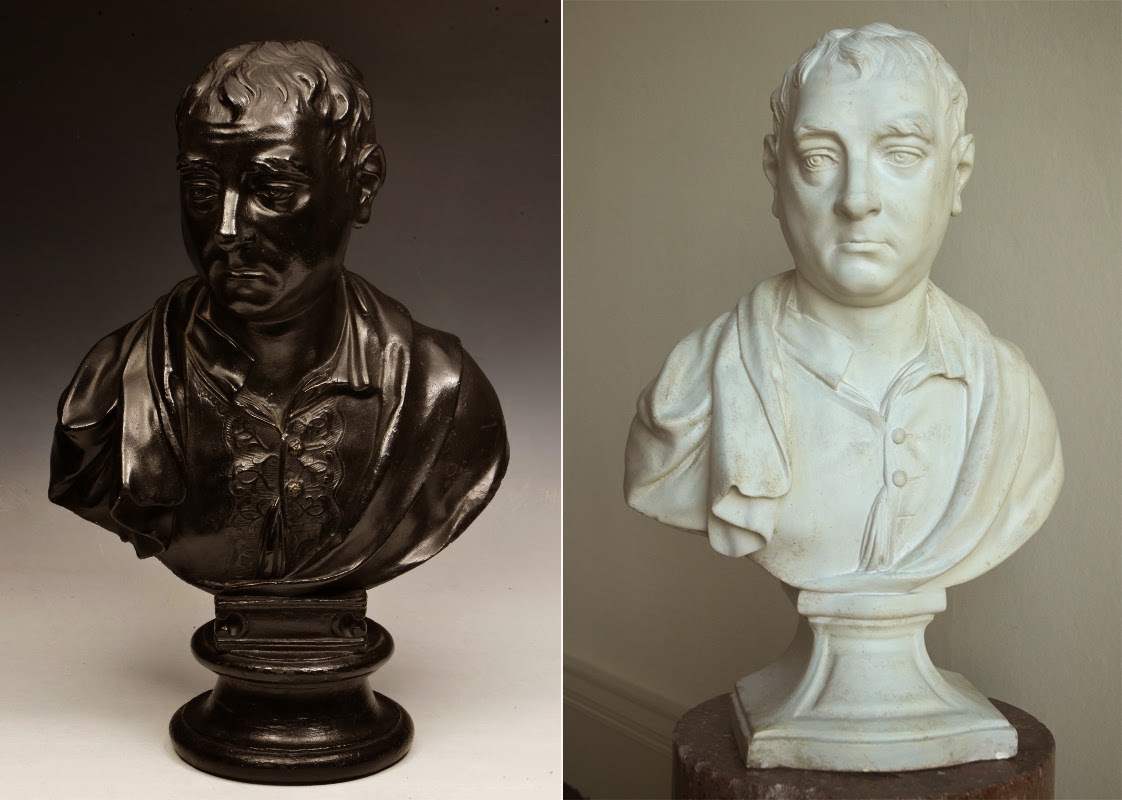 The two plaster busts of Handel for comparison - the black painted version is probably a later reworked version of the white painted bust - note incised sculpting of the embroidery of the waistcoat, otherwise the detailing is the same. The form of the socle is also one used on busts of the mid 18th century and later, popularised by Cavaceppi and much used by Nollekens. 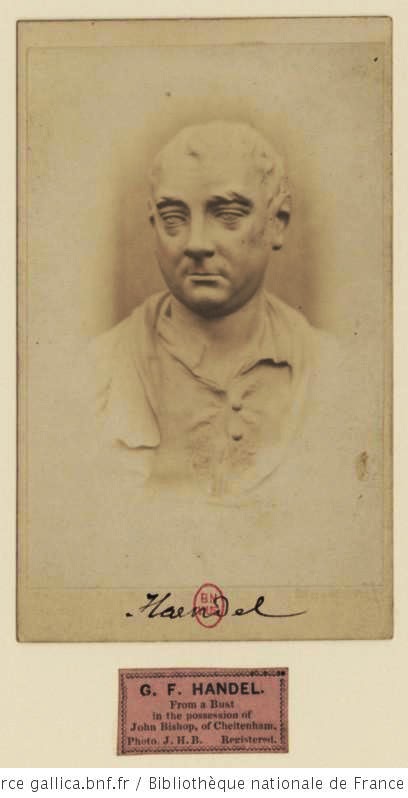 It is now clear that the photograph in the Bibliotheque Nationale in Paris, and in the Coke Collection at the Foundling Hospital of the bust belonging to John Bishop of Cheltenham in the 19th century was of the same type as the black painted bust with the worked waistcoat.
Posted by David Bridgwater at 07:33