The Victoria and Albert Museum Marble Bust of Pope Attributed to Roubiliac.

Not signed or dated,
based on the Barber Institute terracotta  bust.

When inspected in 2002 there was a later cement fillet between the bust and socle giving the bust a pronounced forward lean. 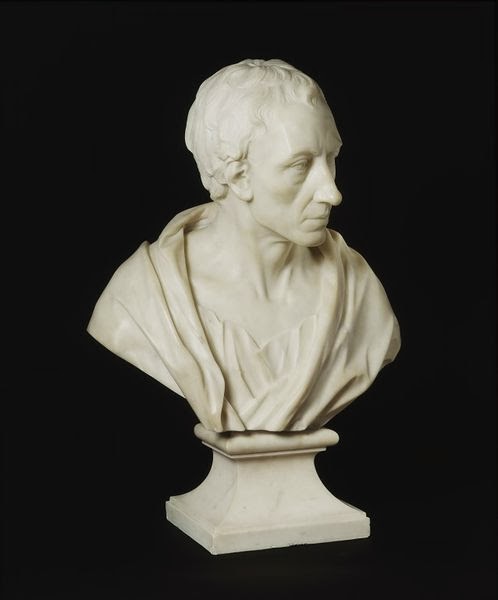 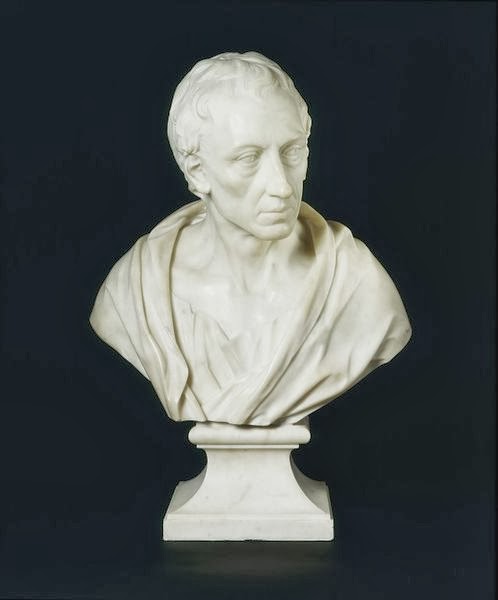 Bought from the dealer Bert Crowther, and sold to Dr. W.L. Hildburgh, who presented it to the museum  in 1947.


The provenance provided by Crowther is perhaps not entirely reliable.

Dagnam Park, Romford, Essex was occupied by the Army during the 2nd World War. Demolished 1948. The areas known as Harold Hill and Noak Hill are now housing estates.

It would appear that the Richard Neave first leased Dagnam in around 1749.


He was a wealthy London merchant, trading between London, Sierra Leone, and the Americas, he owned plantations on Nevis, the Leeward Islands and Montserrat.


In 1772 Dagnams was purchased by his son also Richard Neave (d.1814). who demolished the old house and built a splendid new mansion with gardens designed by Humphry Repton.

Richard Neave was Chairman of the Society of West Indian Merchants, Director of the Hudson Bay Company and became Governor of the Bank of England in 1780, Sheriff of Essex in 1794, and was created Baronet in 1795.

He was also in business with a Mr Neate, perhaps Anthony Neate.


Major Sir Thomas Lewis Hughs Neave, 5th Baronet b.1884 - died on 12 May 1940. He was succeeded by his son Sir Arundell Neave who sold the estate to the L.C.C. and moved to Anglesey.

Posted by David Bridgwater at 15:47