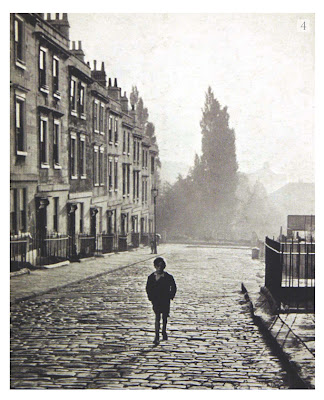 View from the top of Chatham Row, Walcot St, Bath, taken early in the morning probably sometime in the 1950's. The mist is rising from the river. Note the cobbles which still exist under the tarmac. 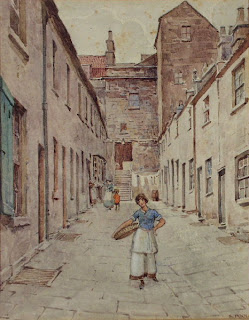 Cornwall Terrace directly behind Chatham Row, long demolished probably slum clearence before the Second World War. Watercolour of 1929 by Samuel Poole. The foundations were still visible in the 1970's until the area was levelled for a car park for Tridias Toy shop in the late 70's 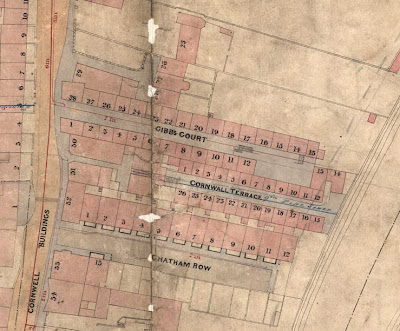 Chatham Row and vicinity from Cotterells map of 1852/3. 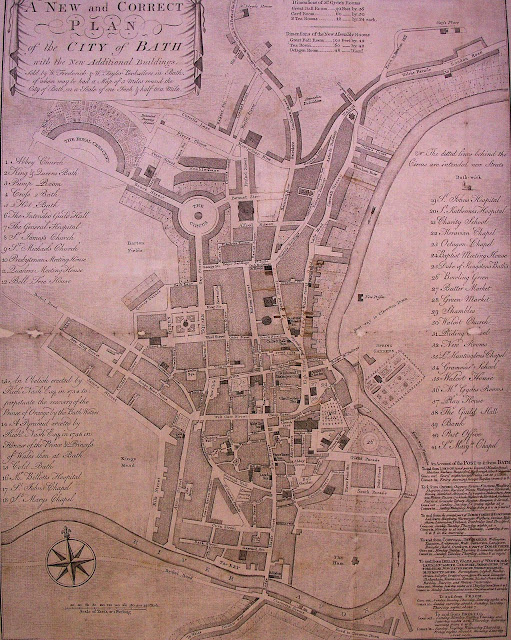 Posted by David Bridgwater at 16:43