John Vanderstein at Queen's College, Oxford. Part 3. The Statues on the West Front of the Library. Queen Henrietta Maria.

This blog entry is part of a much larger work investigating and recording the 17th and 18th Century portrait sculpture at Oxford. This project was suggested to me by Dana Josephson of the Bodleian Library, Oxford who is currently in the process of cataloguing the portraits at the Bodleian and to whom I extend my heart felt thanks.

Henrietta Maria was Queen Consort of England, Scotland, and Ireland as the wife of King Charles I. She was mother of his two immediate successors, Charles II and James II/VII.

It is difficult to judge the condition of these statues - they have recently been conserved by Cliveden Conservation and given a perhaps, in my opinion ill advised shelter coat of copperas (ferrous sulphate). This has had the duel effect of turning them a rather bright orange and obscuring the finer detail of the carving.

It has also obscured any restorations 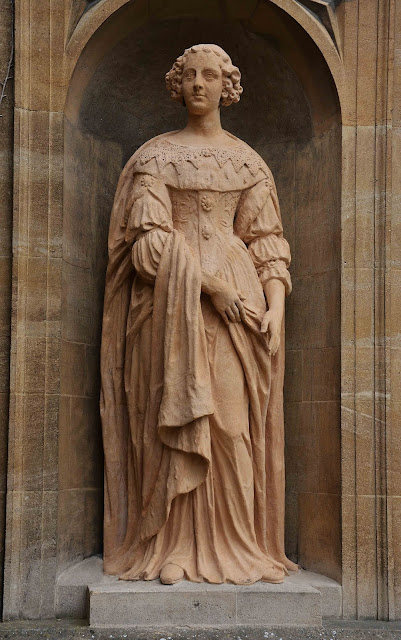 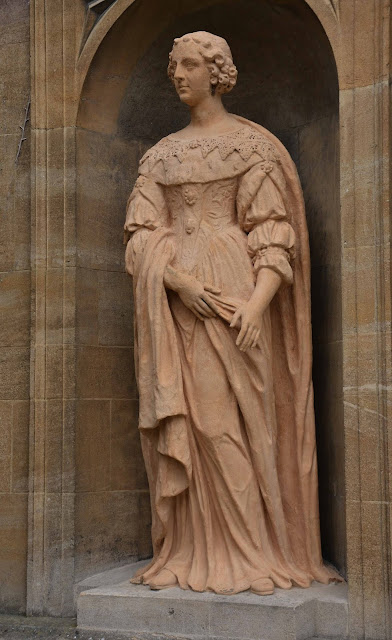 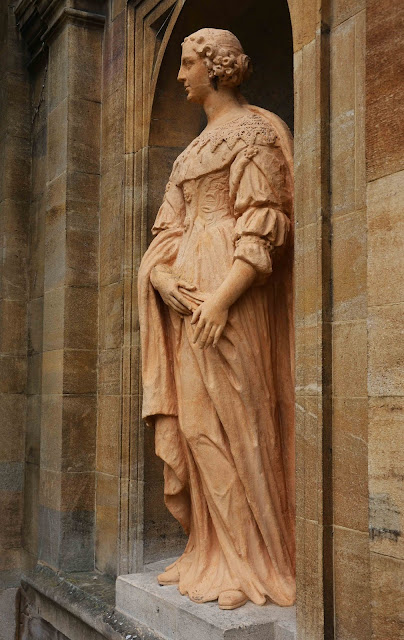 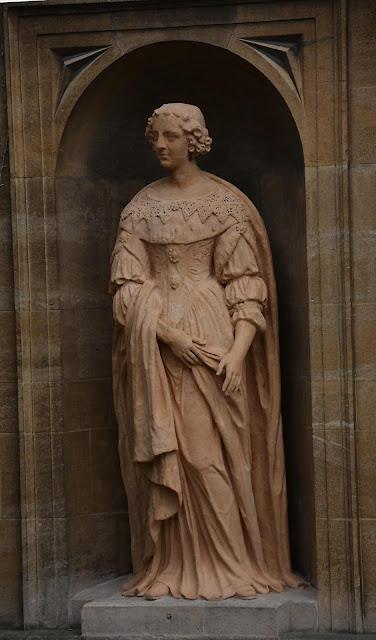 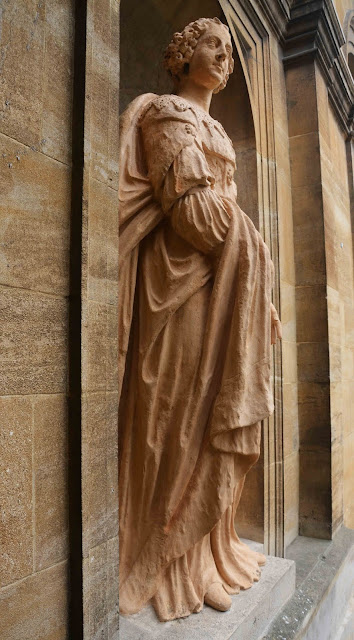 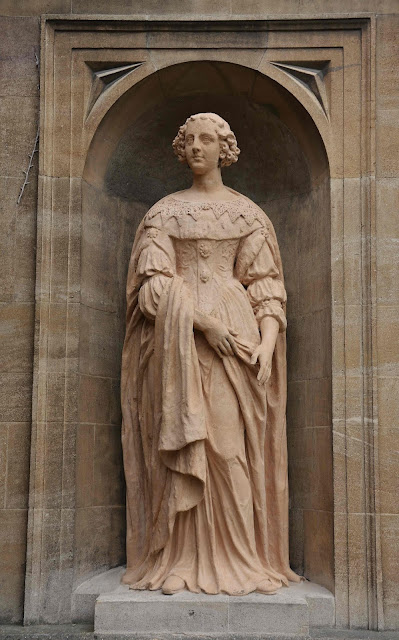 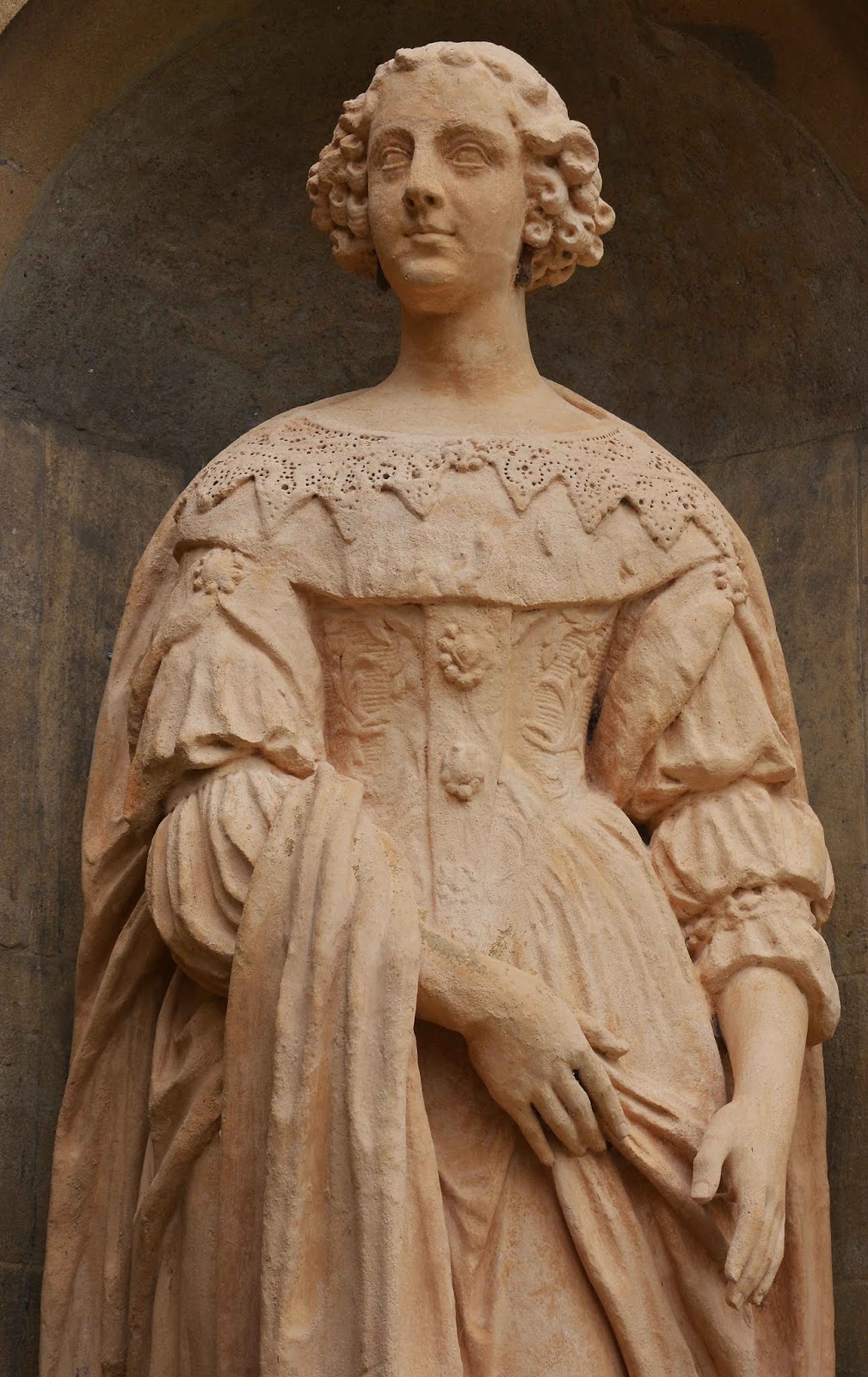 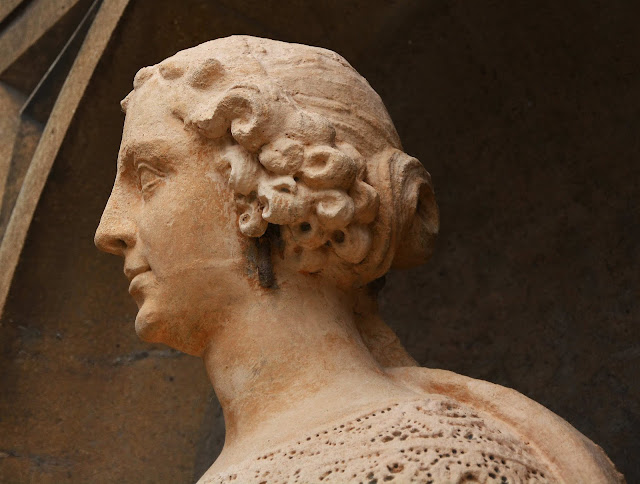 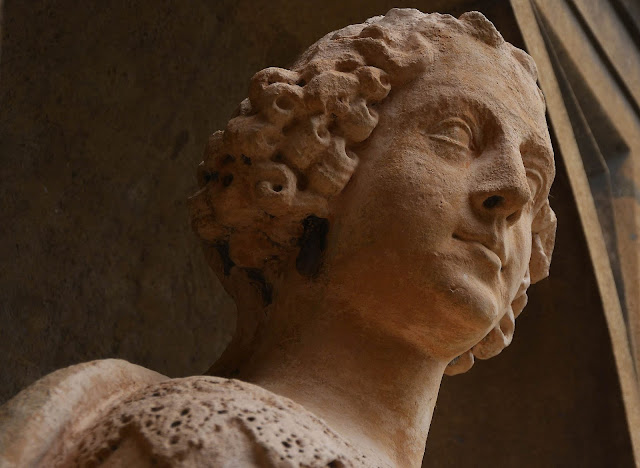 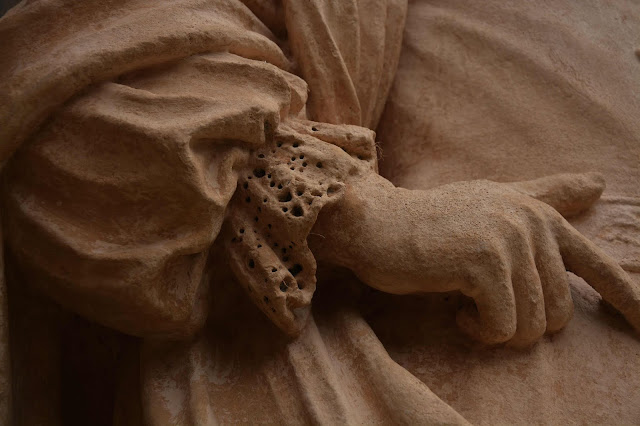 All photographs above authors own. 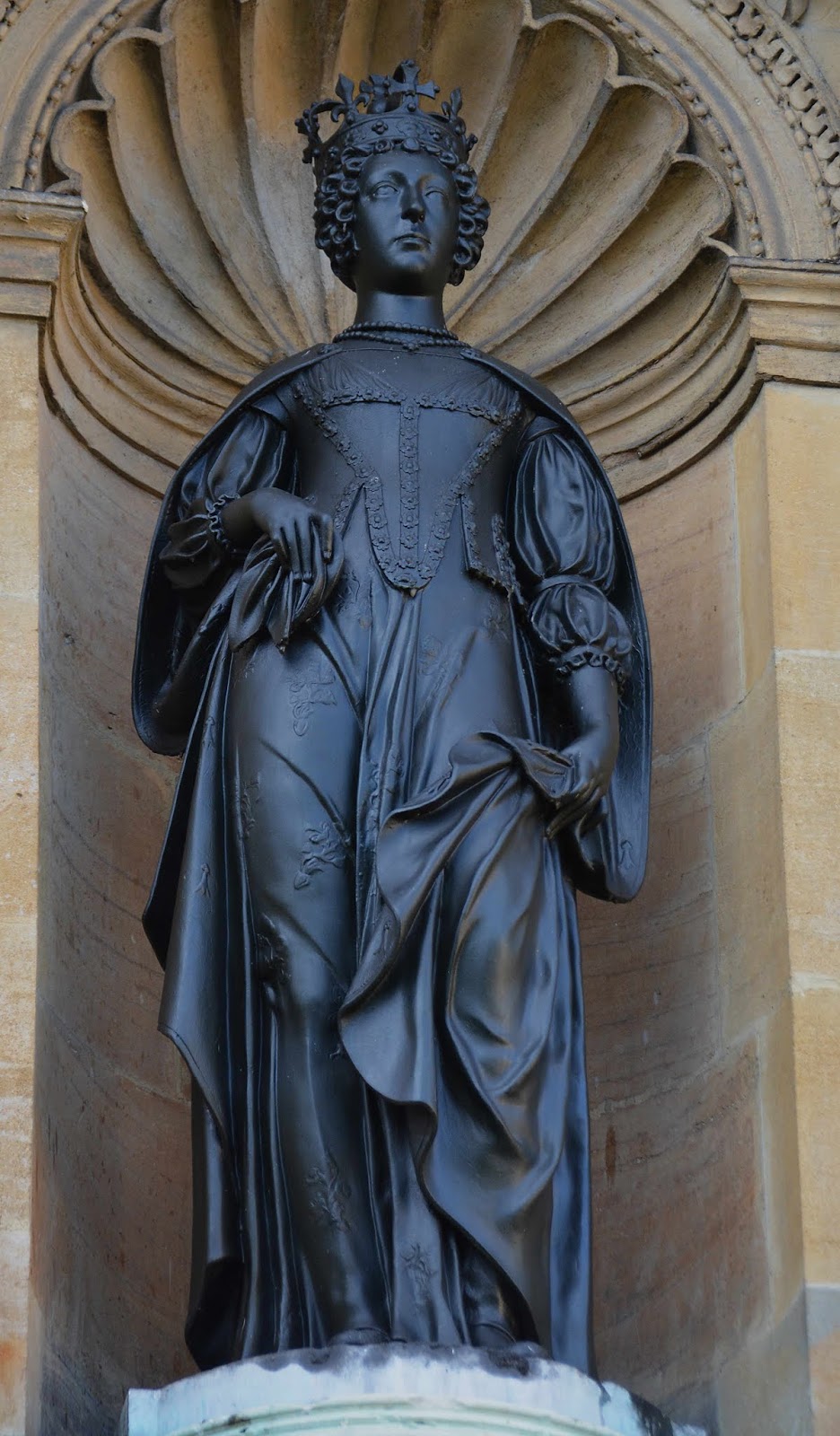