He wrote the massive 'Commentaries on the Laws of England' in 1765. The statue depicts him holding this work.

For a short biography see - http://www.wikiwand.com/en/William_Blackstone

Put up in the Vestibule and then in the Anti chapel
It was moved into its present position in the Library in 1873.

Blackstone was the principal force behind the completion of the Codrington Library, work on which had stalled before he became Bursar in 1747.

He succeeded in using Nicholas Hawksmore's plan of uniting the Baroque Gothic Exterior with a Neo Classical Interior. He was responsible for employing Thomas Roberts the best plasterer in Oxford at the time to  complete the stucco works, and Robert Taney to finish the shelving.

For much more on the architectural programs at All Souls see -

It seems that she unable was unable to include the statue of William Blackstone in this work.

Usually I try and refrain making value judgements on the works illustrated in this blog, but in this case I have to say that this statue should be considered one of Bacon's masterpieces. The photographs (below) taken by the author hopefully illustrate my opinion. All images are fairly high resolution and large format. 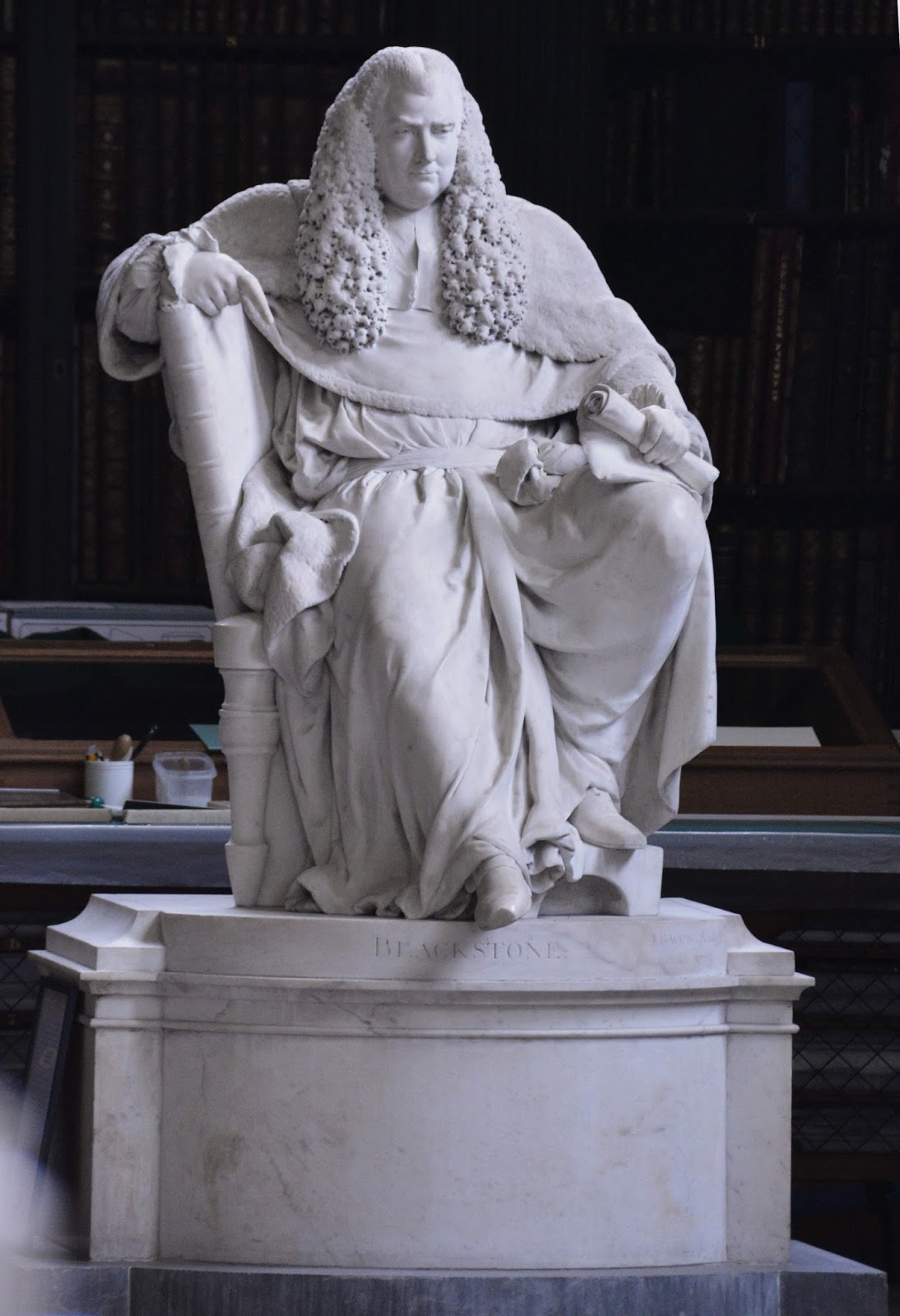 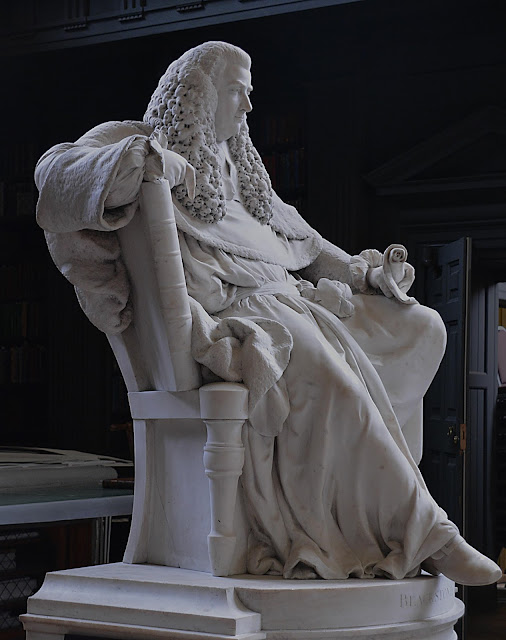 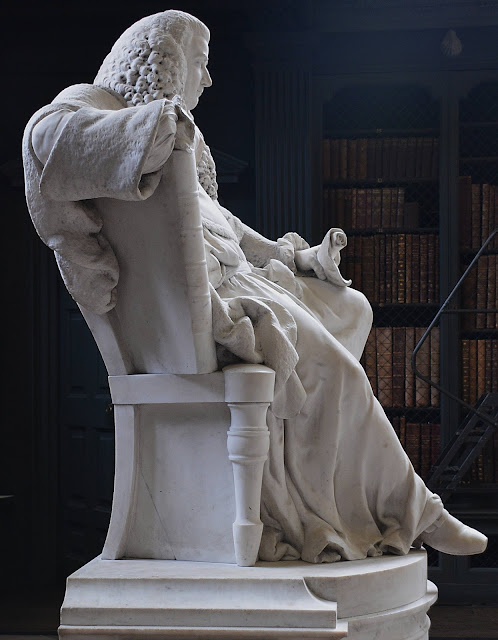 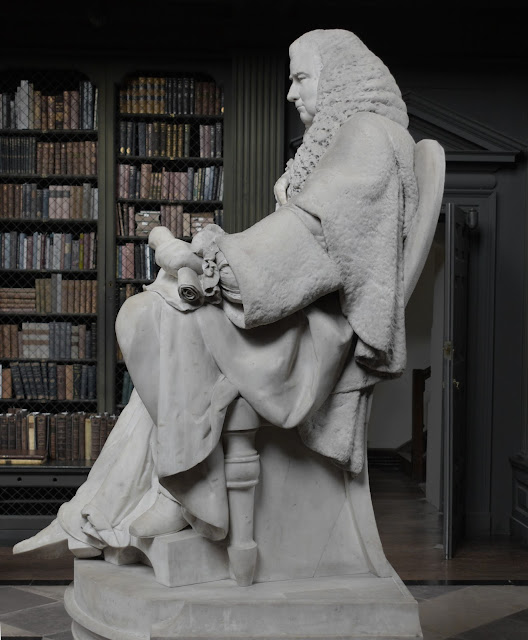 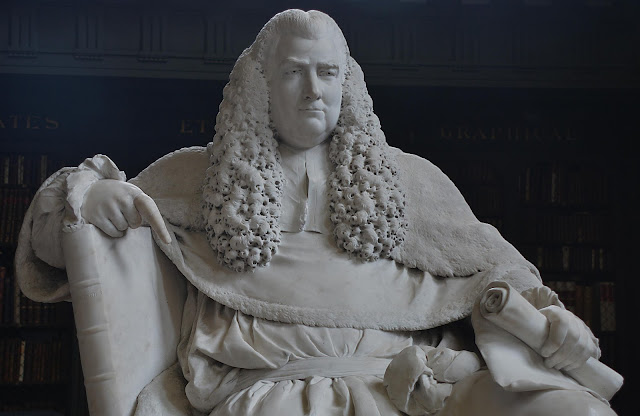 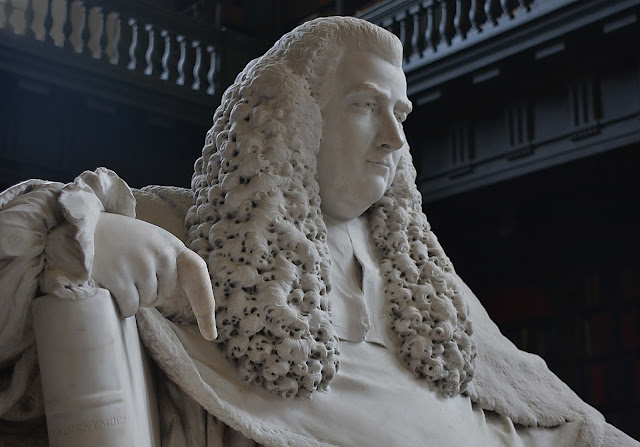 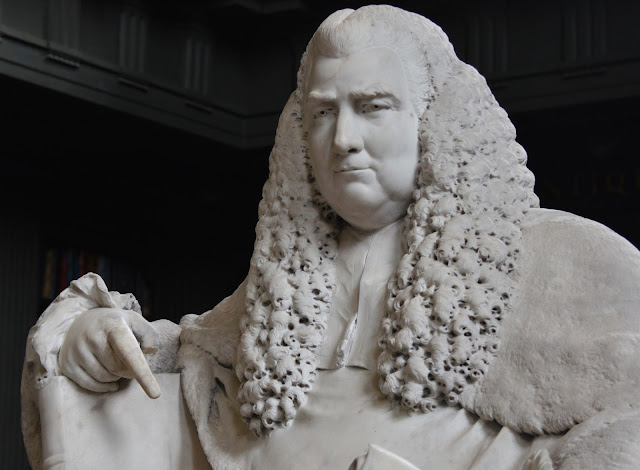 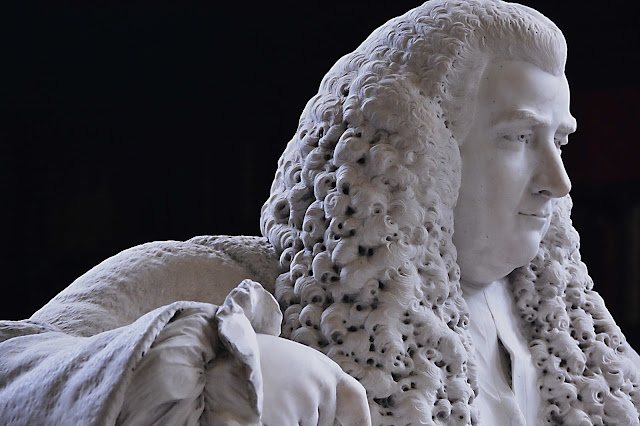 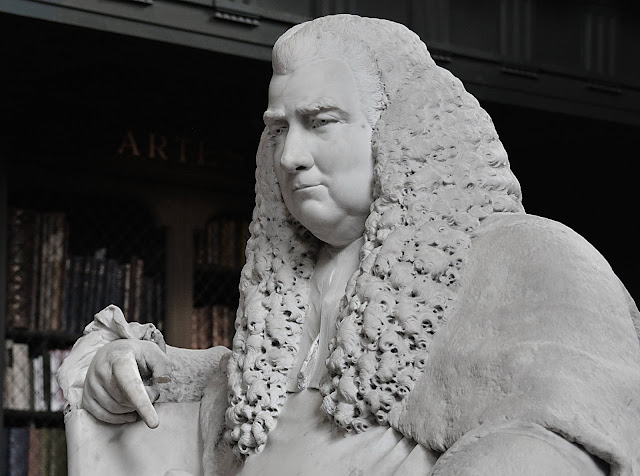 Gift of the Vinerian Professors and Scholars 1781.

Copy after the Gainsborough original in the Tate Gallery.

Sir William Blackstone
Engraving after the Gainsborough Portrait of 1774.


Of tangential interest, for Blackstone and Wine at All Souls see

Posted by David Bridgwater at 12:19