Life size - paired with the bust of Rubens

I am very grateful to Viscount Cobham for allowing me the opportunity to visit Hagley and to take these photographs. I would also like to thank to Joyce Purnell of Hagley Hall who showed me around and made my visit so enjoyable. 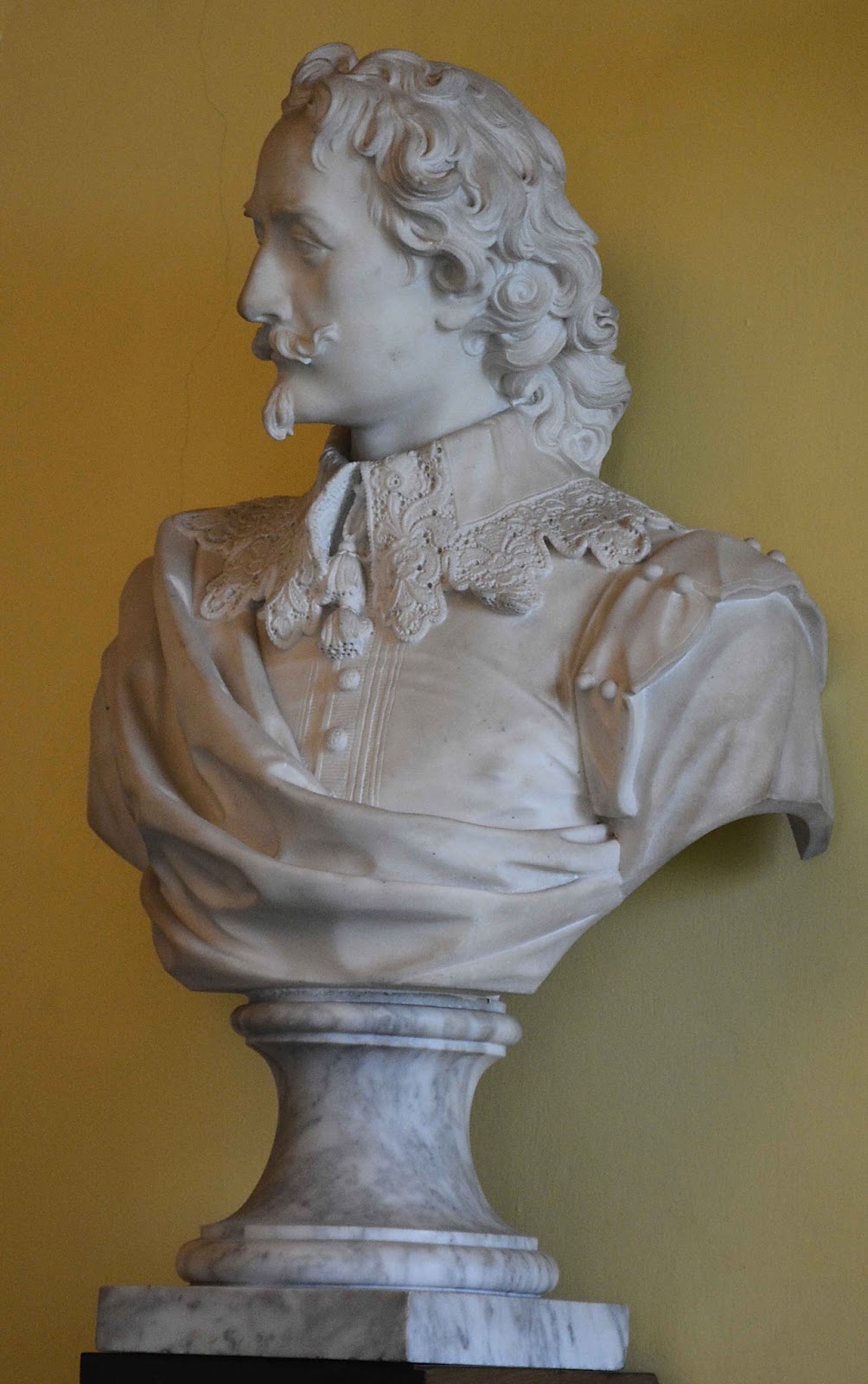 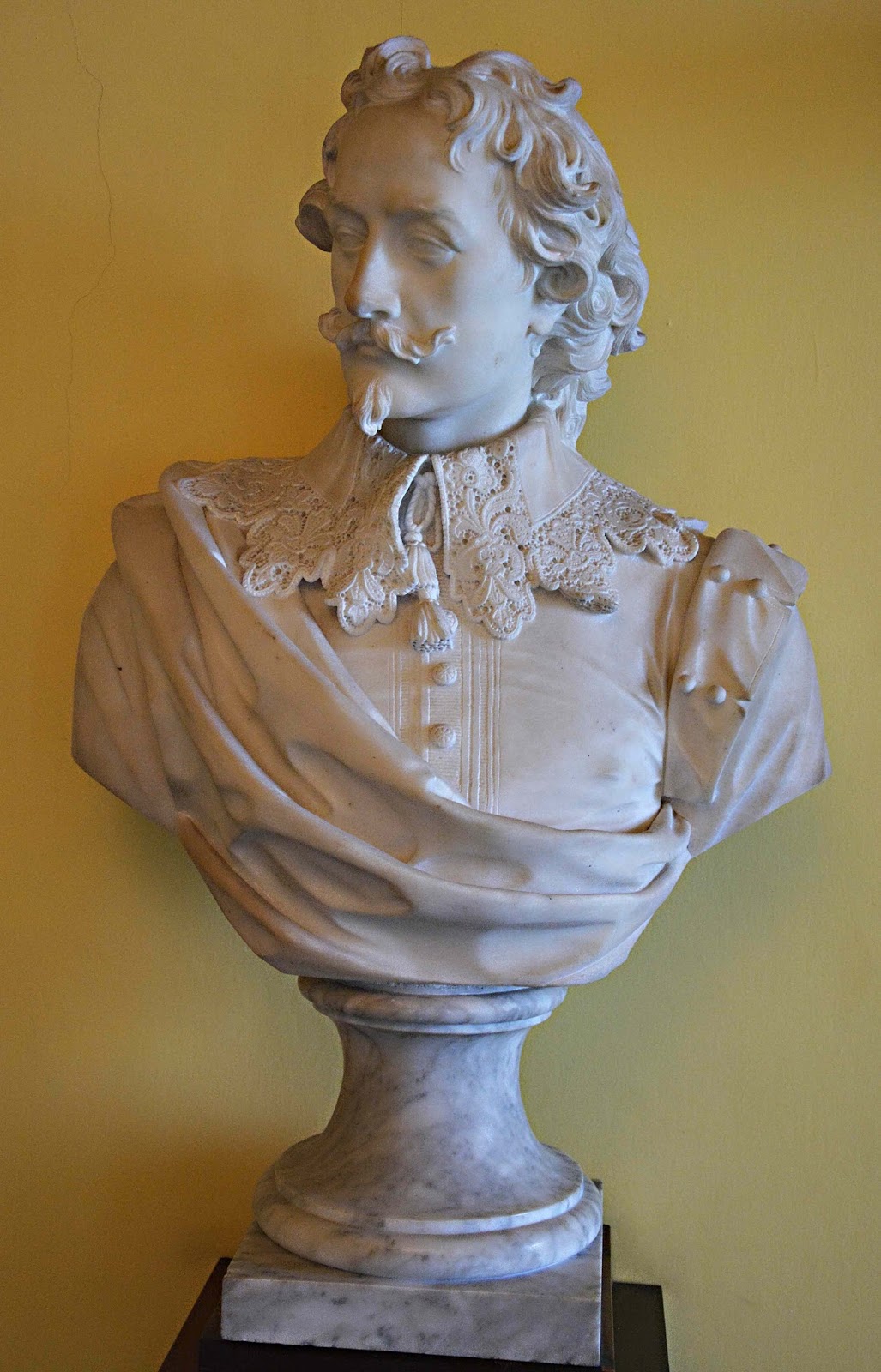 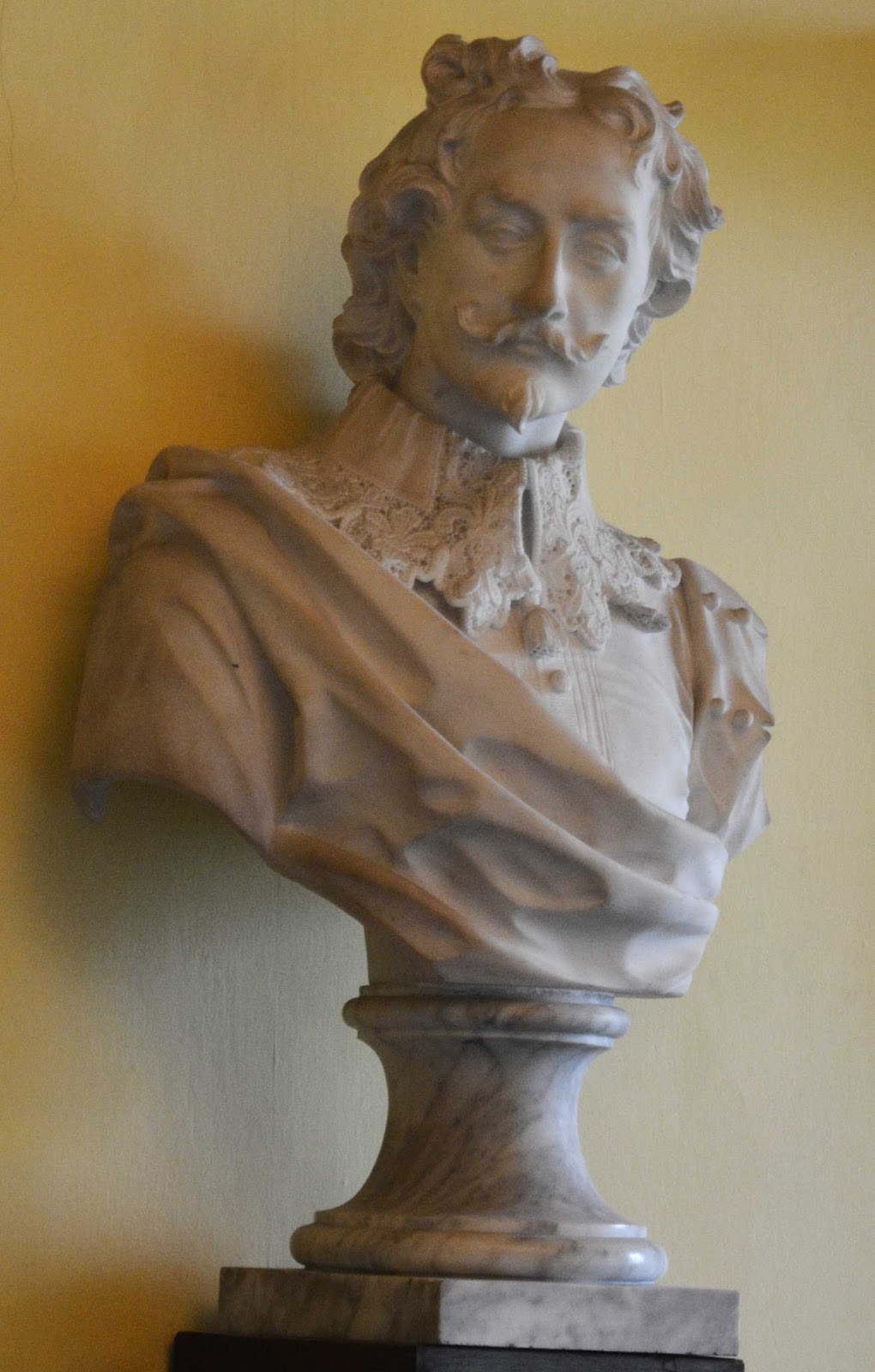 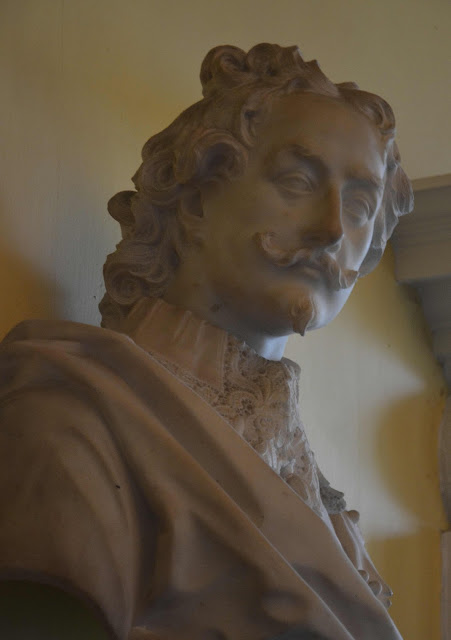 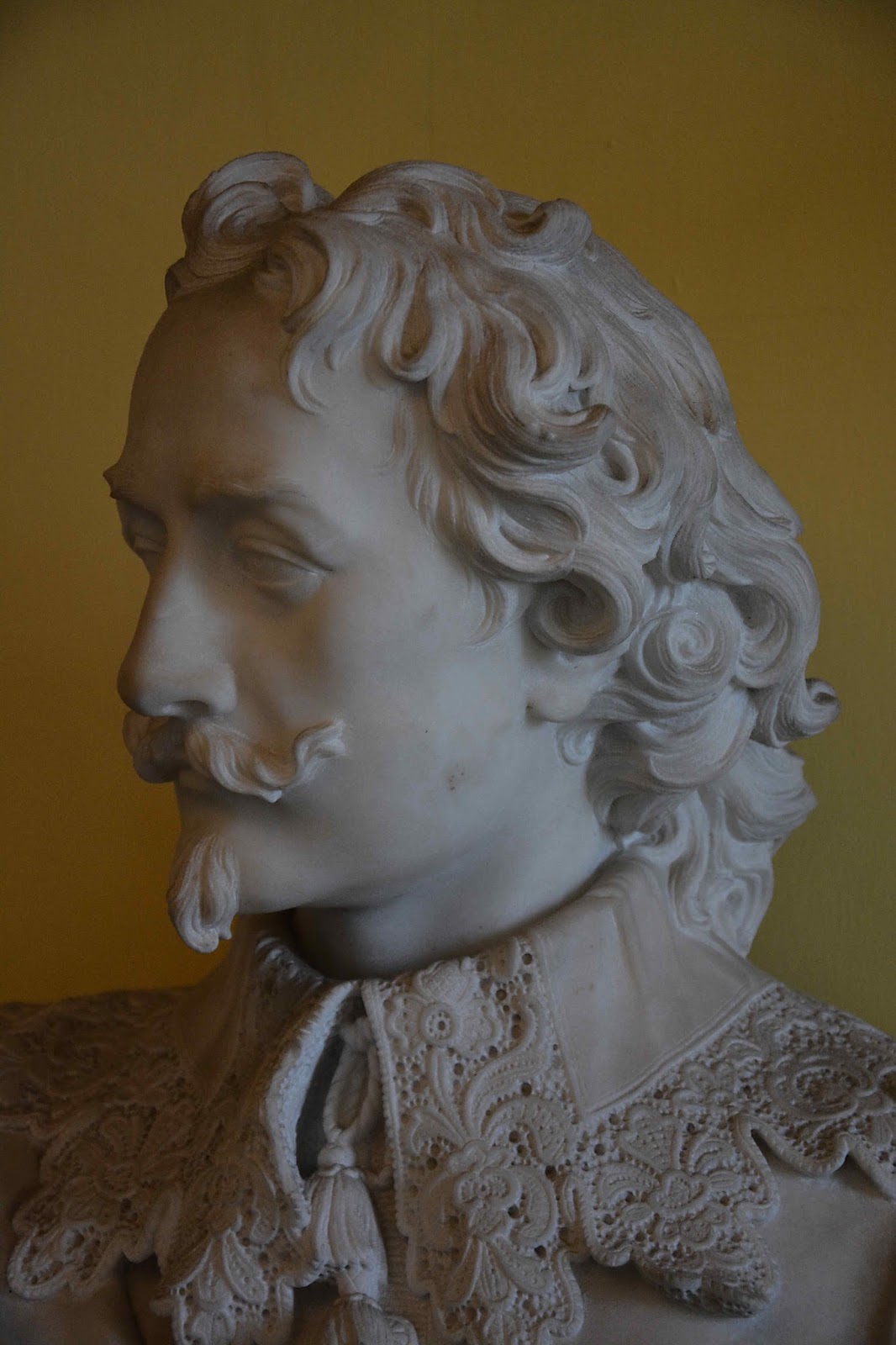 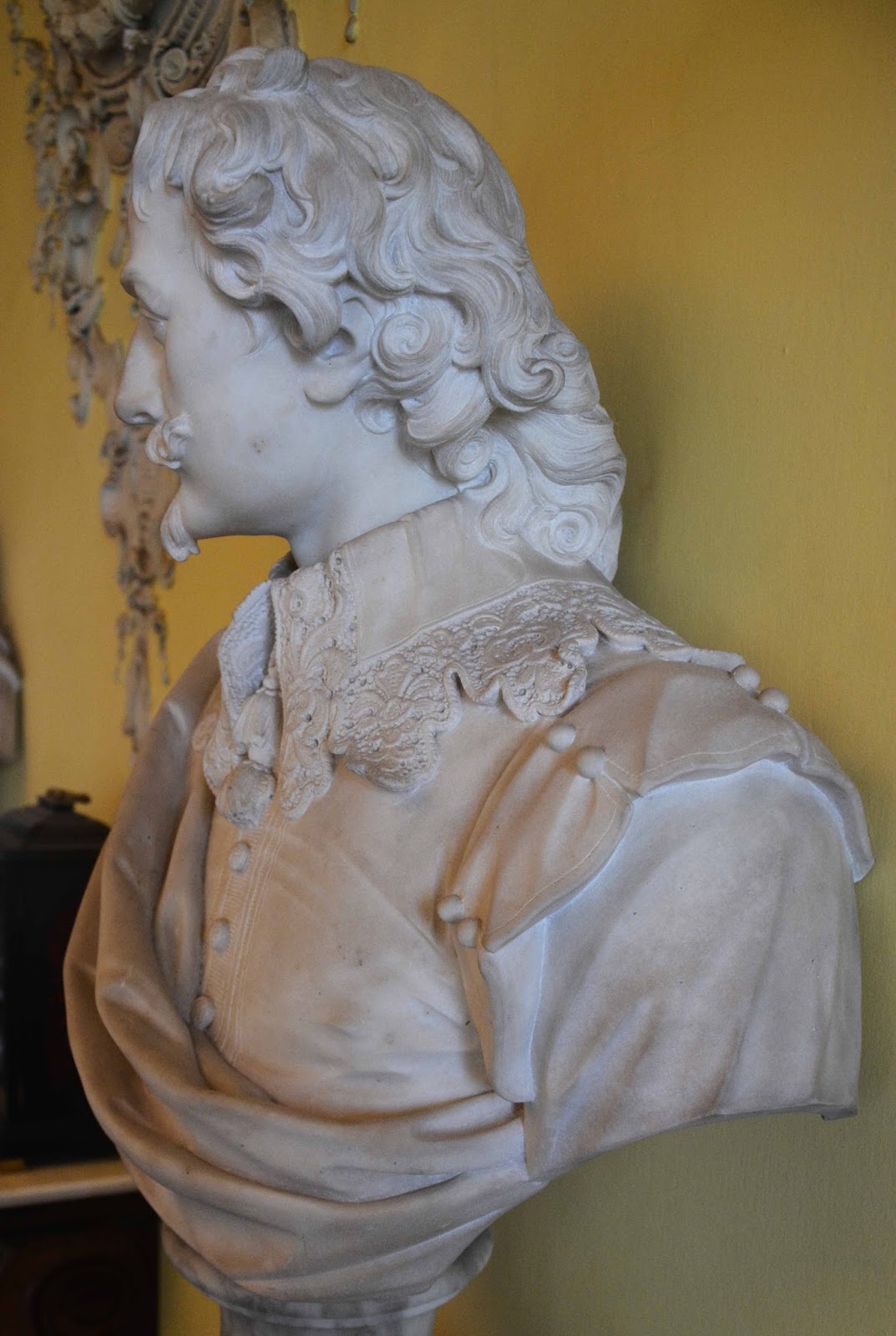 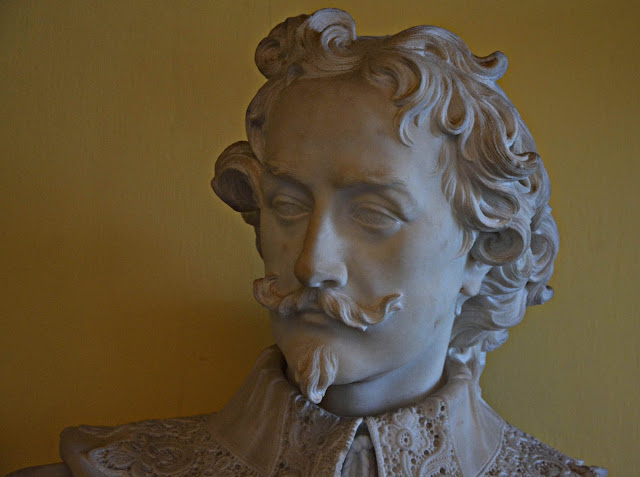 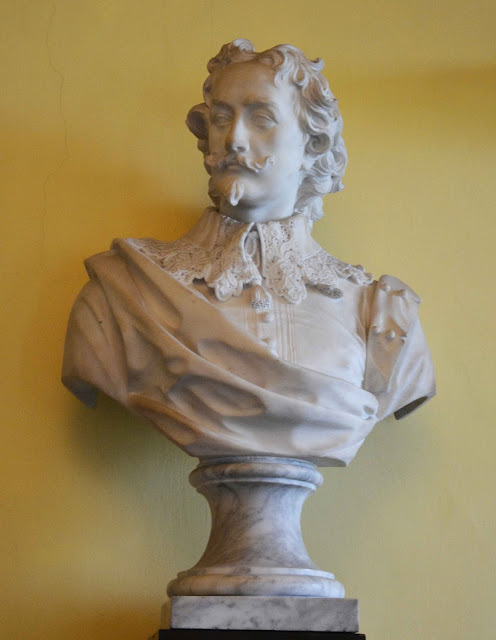 Bust of Sir Anthony van Dyck - life size.
1746 or earlier.
Michael Rysbrack unsigned and undated
In 1746 George Vertue writes 'The three busts in marble he has done. of - Rubens. Quellin & van Dyke are highly finished and masterly done- are standing proofs of his great skill'
Webb suggests that Vertue meant du Quesnoy which given the sets of  terracotta plaster statuettes of the same subjects by Rysbrack, produced in 1743 which must be correct.
___________________________________________ 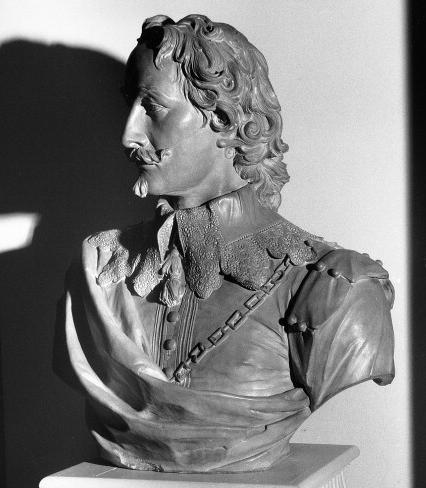 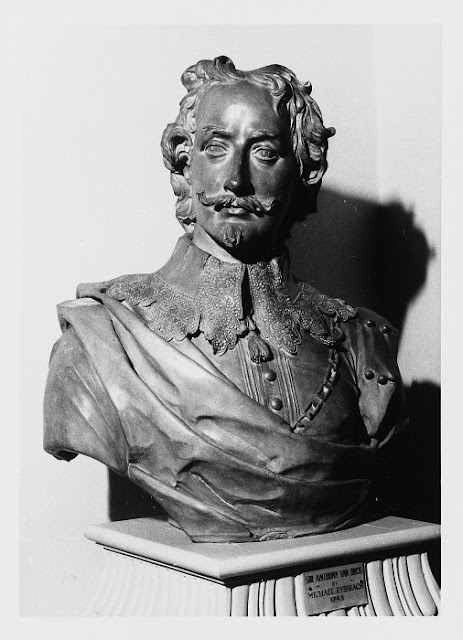 The Terracotta of Sir Anthony van Dyck by Michael Rysbrack.
Signed and dated 1743.
Almost certainly one of the original set of three terracotta busts
The bust of Rubens and Fiamingo were Lots 20th April 1765 in the Rysbrack sale -
copy in the Arts Library of the Rijksmuseum, Amsterdam -

A Catalogue of the Genuine and Curious Collection of Mr. Michael Rysbrack
of.. Oxford Chapel, Statuary Consisting of a Variety of Heads and Busts from the
Best Antiquities; also Medallions, Vases and Urns in Marble. Several Models in
Terracotta of Busts and Basso Relievos, Modelled by Himself.. which will be
sold by auction, by Mr. Langford and Son, Saturday, the 20th of this instant April
1765.

The Terracotta of van Dyck is at Althorp, Northamptonshire,
the Country House of Charles, Earl Spencer
Note the chain across the chest missing on the marble.
Library Photographs from the Courtauld Institute
I contacted the Estate Office several times earlier this year asking for photographs or failing that permission to visit Althorp and photograph the bust myself, but they insisted that I either pay them £240 to employ a photographer or they could (possibly) supply me with an (in their words)  not very good quality photograph for £30. Both offers I was able to politely refuse.
I might just try them one more time.
Posted by David Bridgwater at 12:36