Engravings of Apollo -
A few possible inspirations for the Vauxhall Statue of Handel. 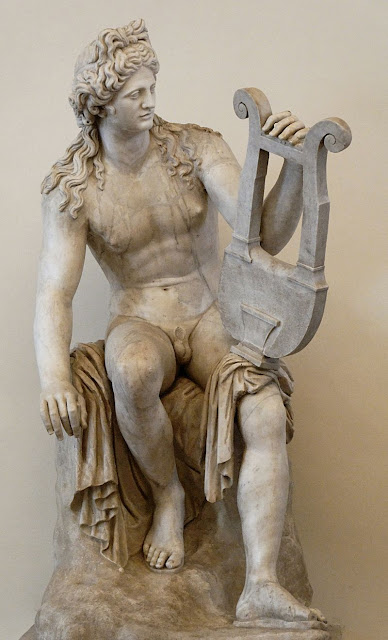 A Roman statue of Apollo Citharoedus (with lyre)in the Palazzo Altemps, Rome.
Head, hands, left leg and instrument are rather clumsy restorations of the 17th century 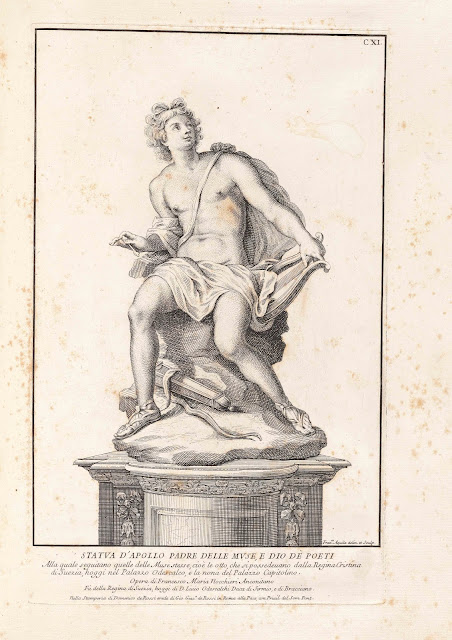 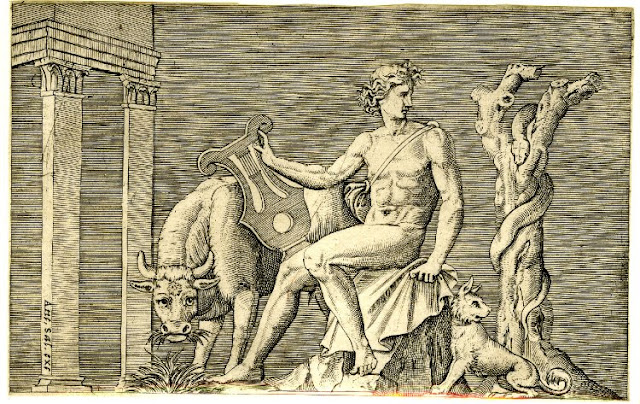 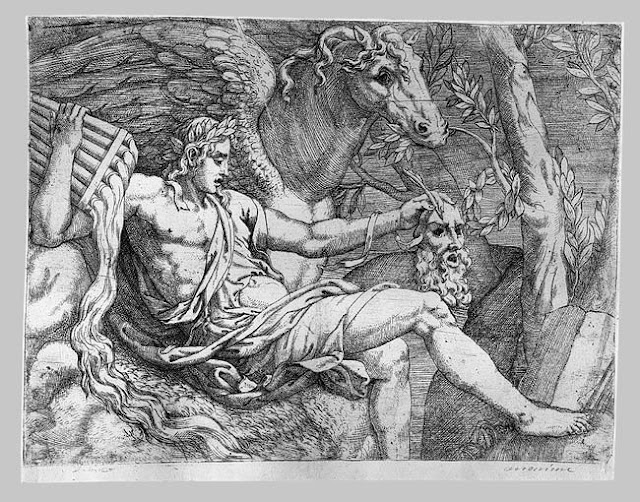 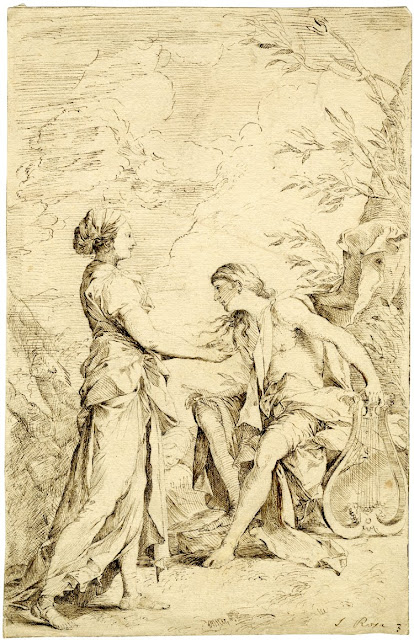 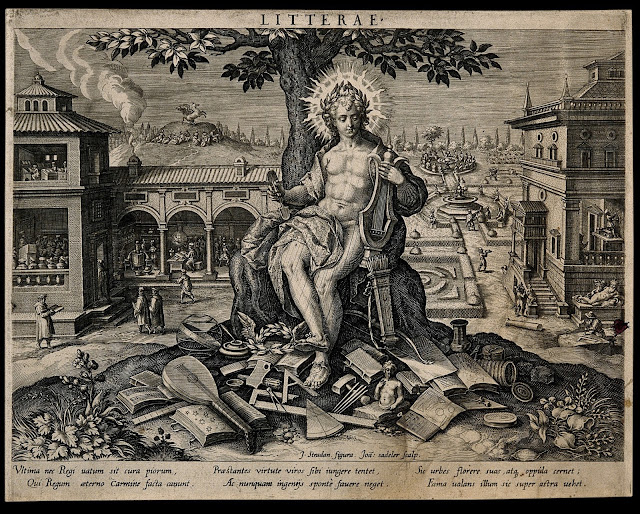 Engraving by J Sadeler after Jan van der Straet, Amsterdam. 1594.
214 x 281mm.
The pose of Apollo in this engraving is very close to that of the Vauxhall Handel
http://wellcomeimages.org/indexplus/image/V0007569.html 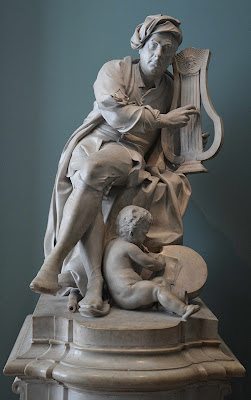 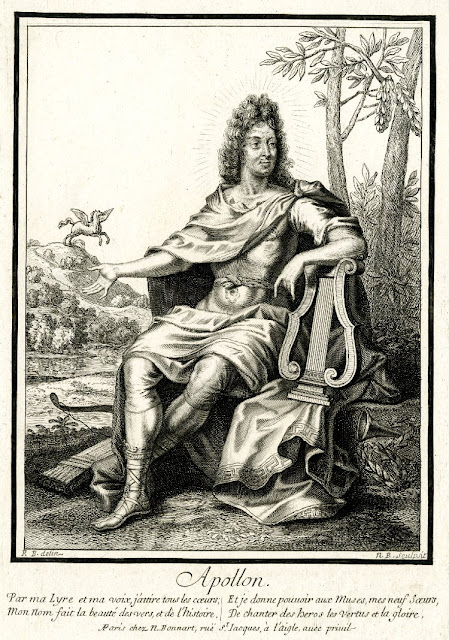 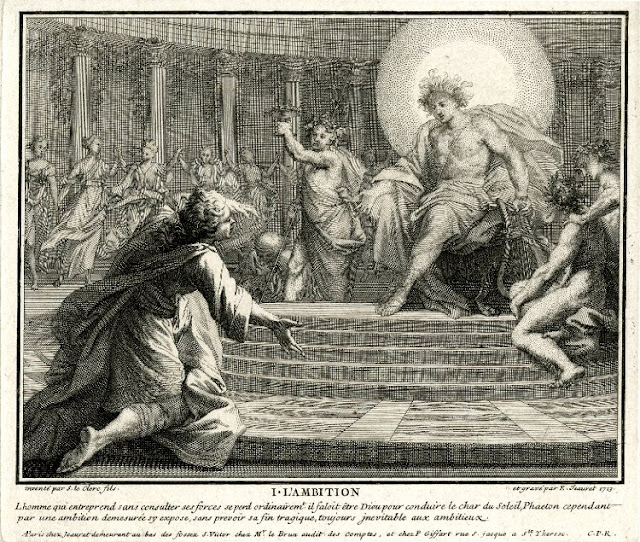 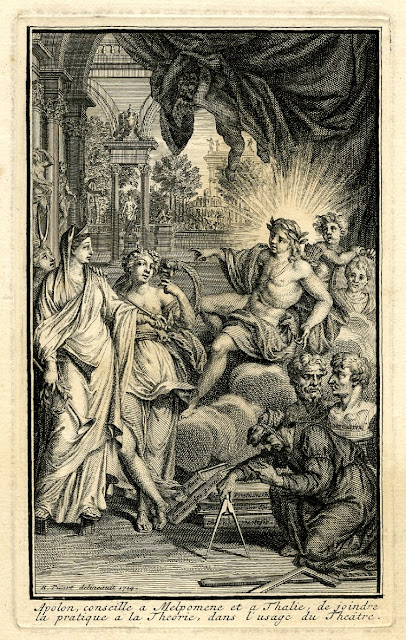 Bernard Picart (1673 - 1733). French Huguenot, active in Holland from 1710.
I include this as much for the representation of sculpture as that of Apollo. 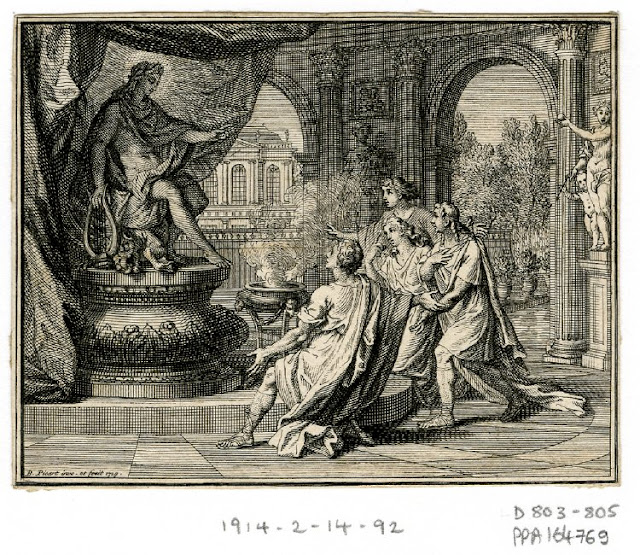 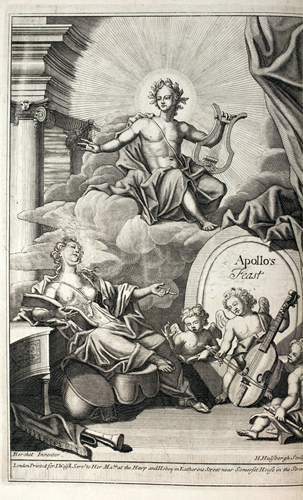 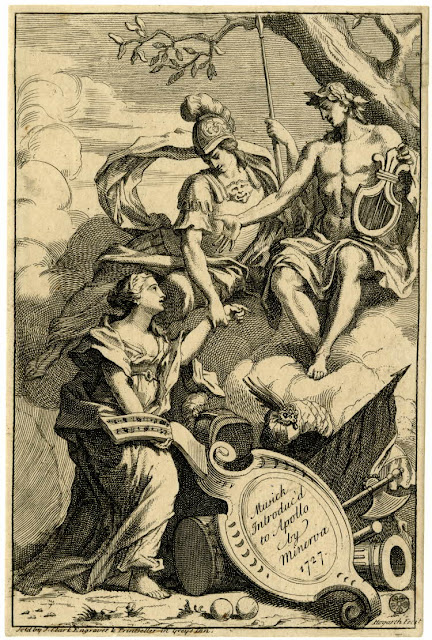 
There are plenty of other precedents for the image of the seated Apollo but Roubiliac created a very dramatic new version, almost certainly based on earlier engravings perhaps with helpful suggestions by Hogarth.
Posted by David Bridgwater at 05:08