The Terracotta bust of John Ray at the British Museum.
Photographed 8 April 2015.
For More on the John Ray bust see entry on this blog for 21 May 2015. 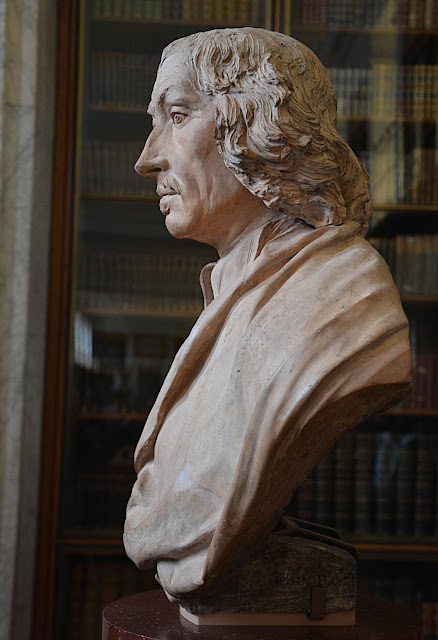 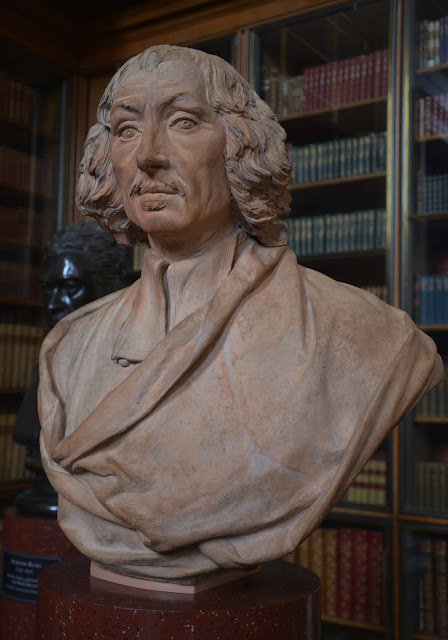 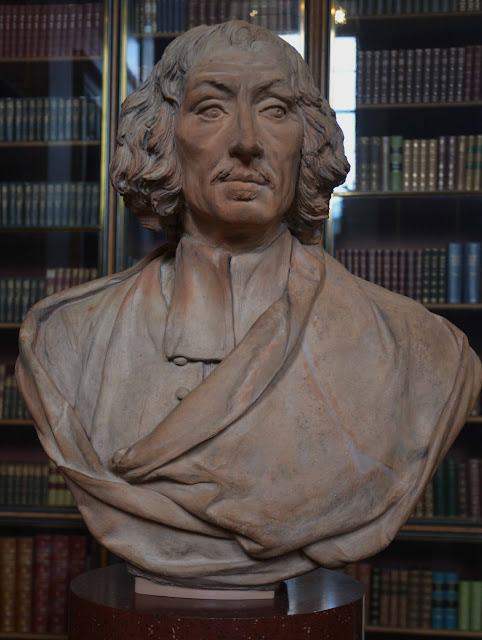 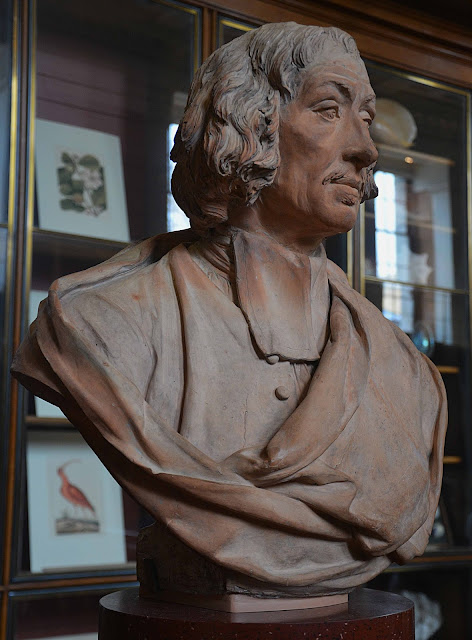 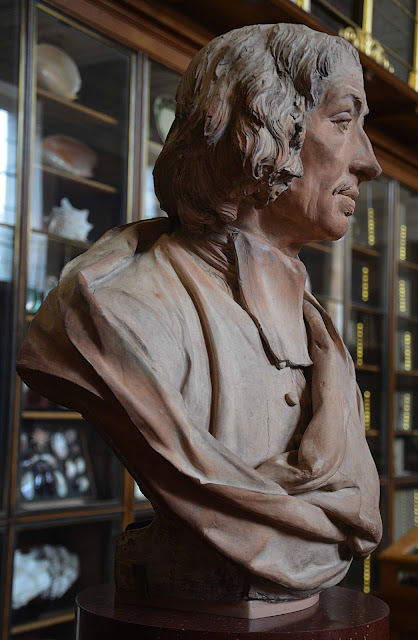 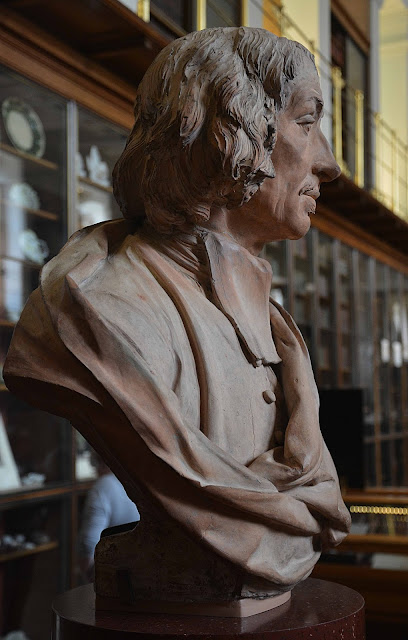 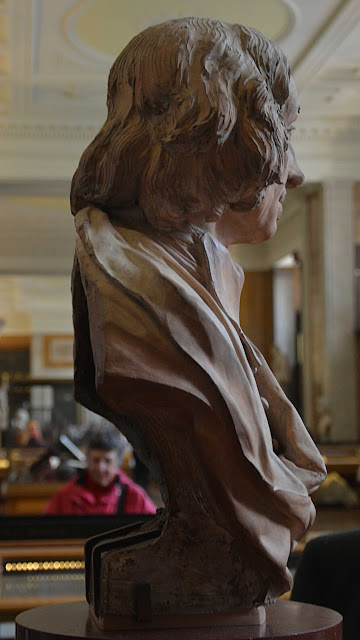 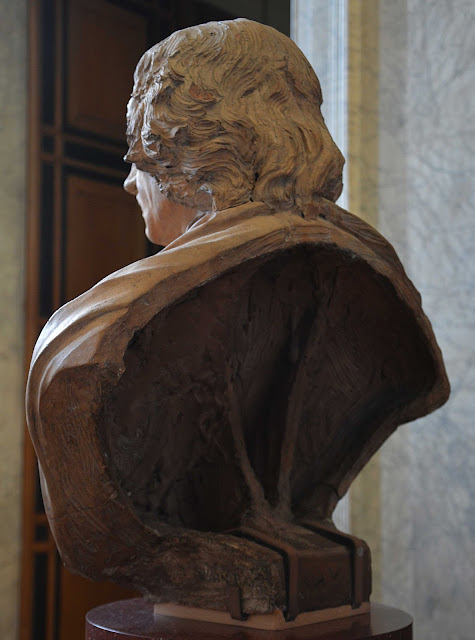 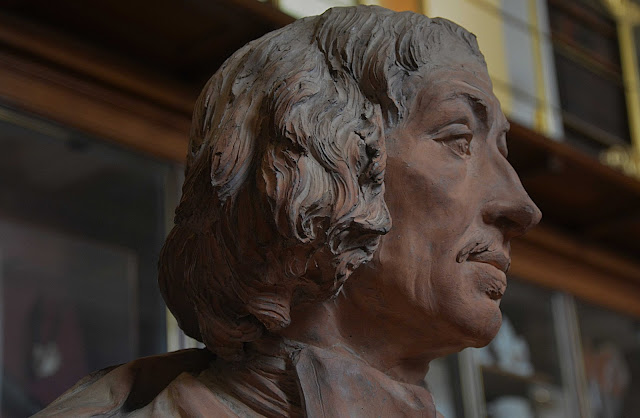 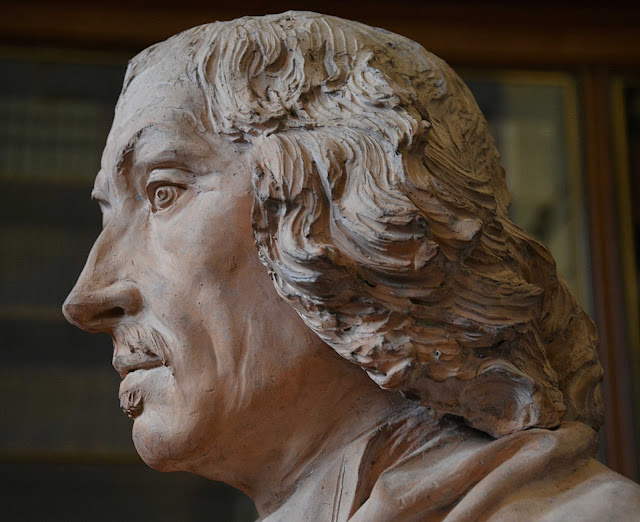 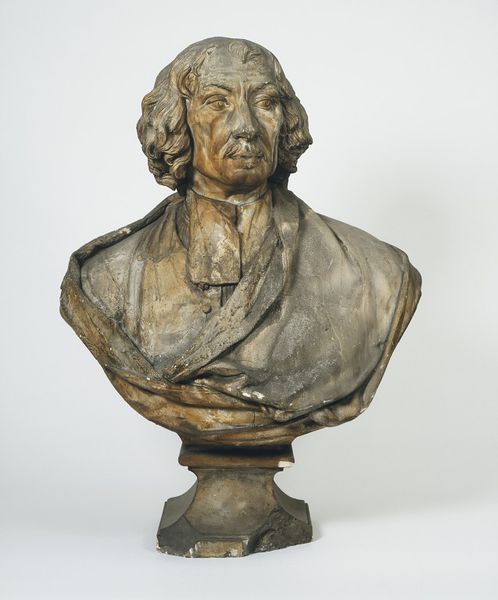 There is no history with this bust - they suggest 19th Century but there is no reason not to think it an original Roubiliac plaster - there were no plaster versions of this bust in the posthumous Roubiliac sale. 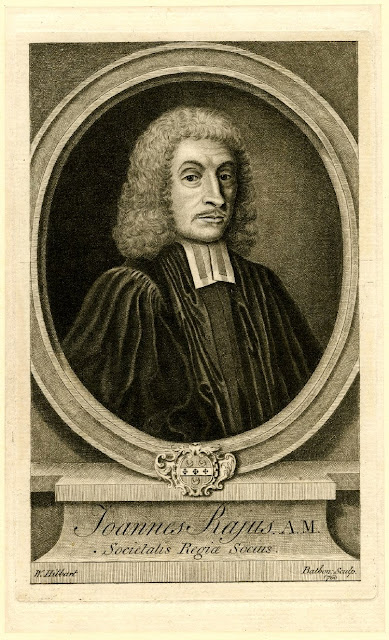 
William Hibbert -Printmaker working in Bath. During the course of his life the spelling of his surname changed to 'Hibbert'. By 1755, established as engraver, teacher and heraldic painter at Merchant's Court, Bath; 1779, in partnership with William Gingell at 8 Bridge St; his son, John (q.v.) worked with him at that address untill 1800; by 1805 gave his address as 7 Chapel Row, but died in 1808 at 8 Chapel Row, evidently his son's address. Trade card, Banks 59.91, for 'Hibbert/ Engraver,/ Copper-Plate/ Printer &c/ No 8, Bridge St, Bath' may be for father or son. 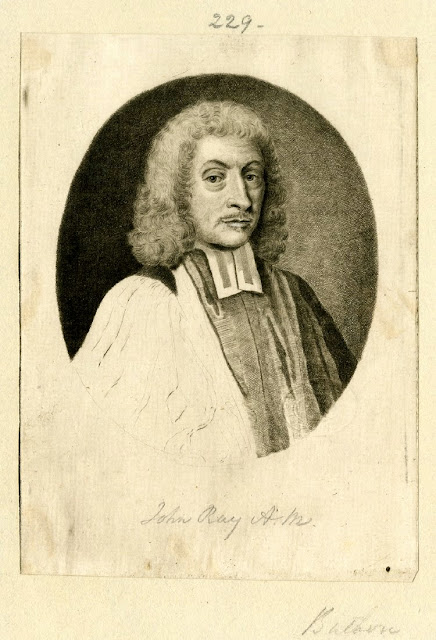 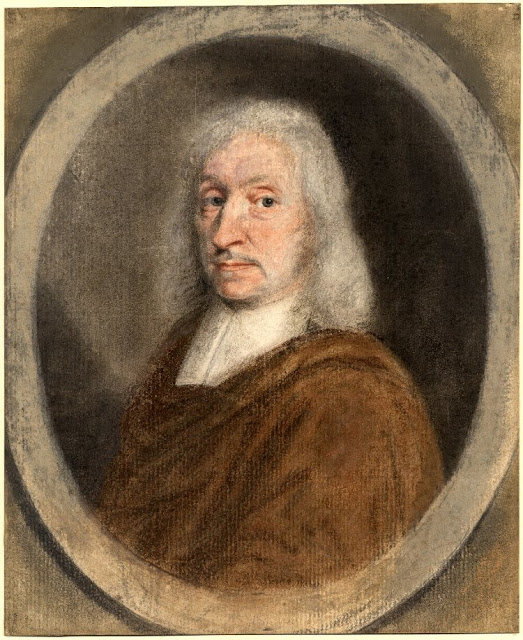 Drawing by William Faithorne (1620 - 1691).
Bequeathed to the British Museum by Sir Hans Sloane. 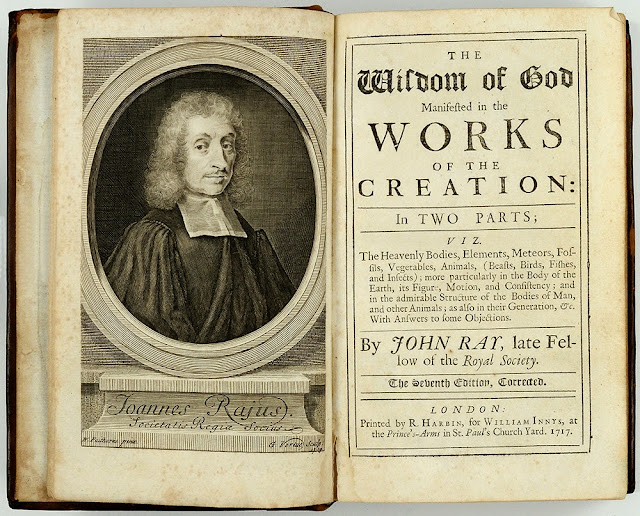