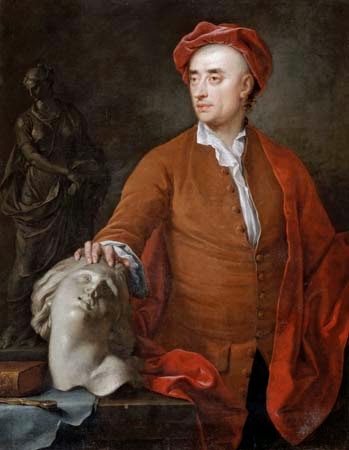 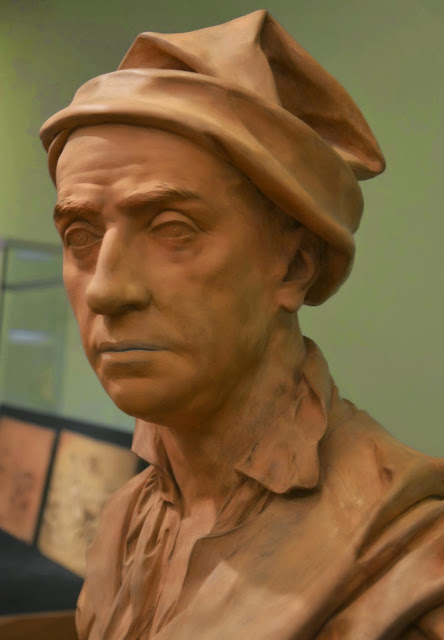 The Statue in the back ground appears to be a reverse version of Du Quenoy's Saint Susanna completed 1633; in the Church of Santa Maria di Loreto, Rome. 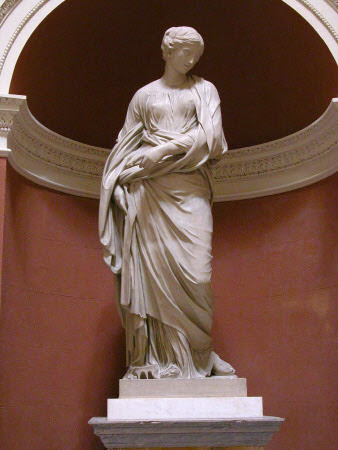 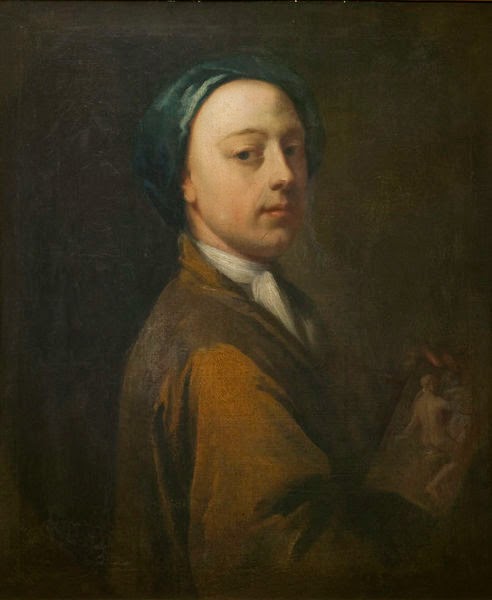 
Captain Murray bought the picture for 16 guineas at a sale at Christie's on 5th December 1908, where it was lot 107. The name of the previous owner is not given in the sale catalogue. 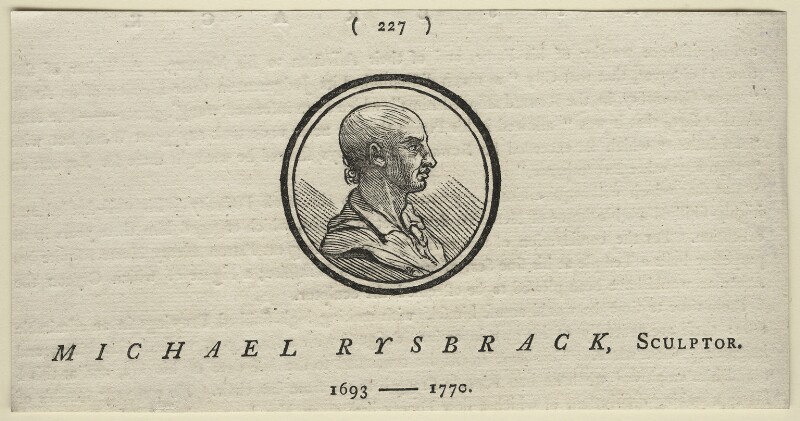