The American School by Matthew Pratt

The American School
by Matthew Pratt
The Studio of Benjamin West.

Another post in the occasional series of sculpture depicted in other mediums. 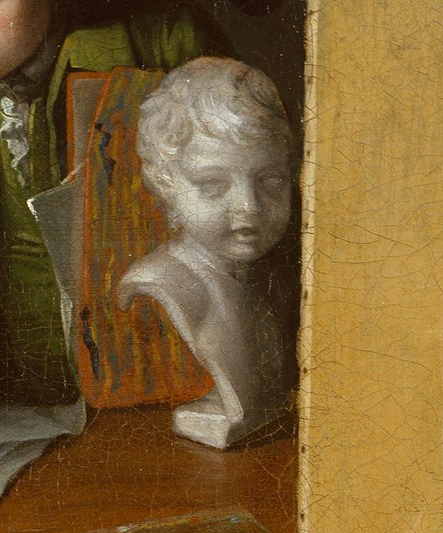 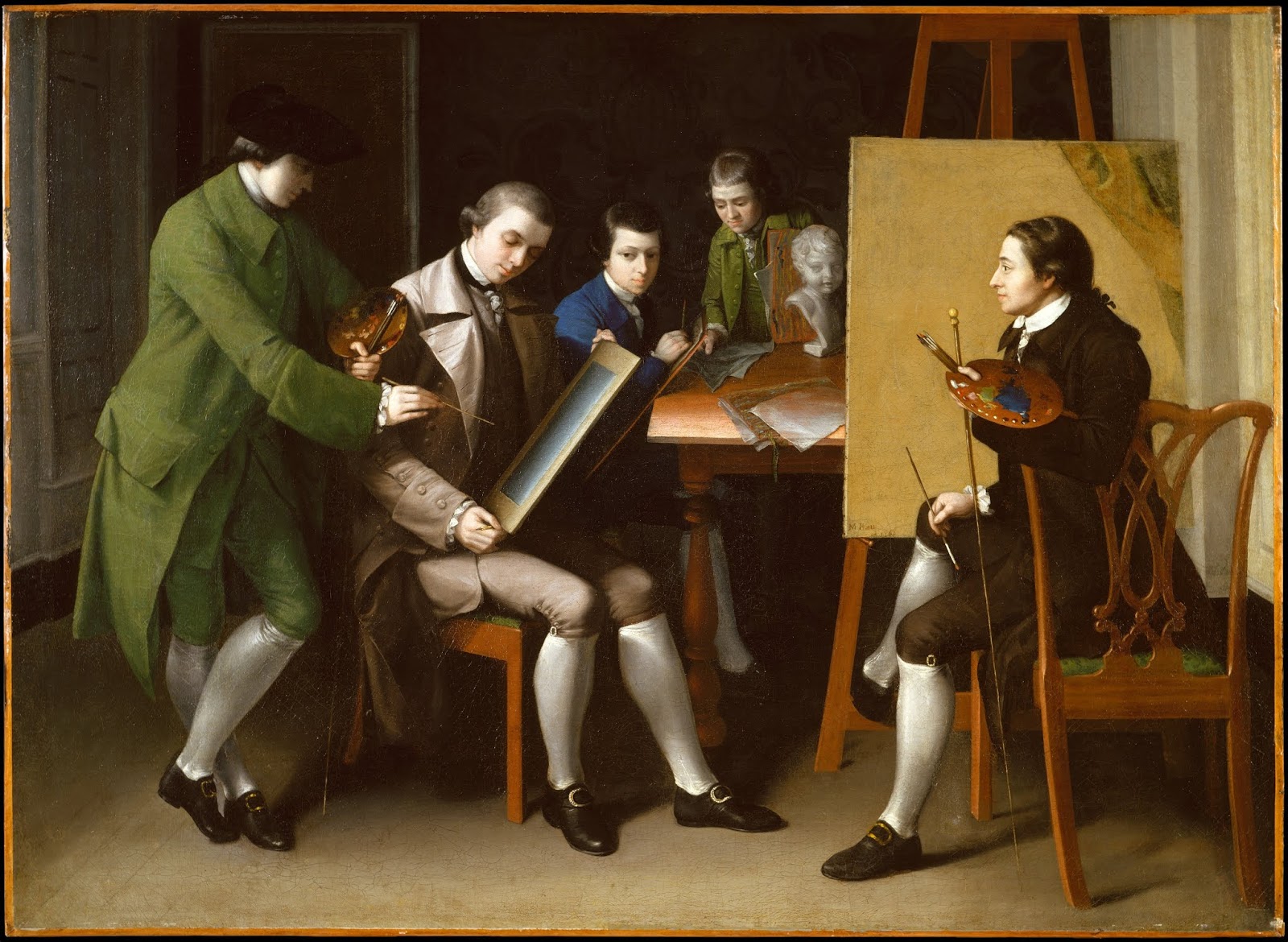 The picture depicts a scene in the London studio of Benjamin West, who is generally agreed to be the figure standing at the left. Based on comparisons to self-portraits, Pratt is the man at the easel, an accomplished portrait painter. The identities of the other artists represented in the picture remain uncertain, but they are younger and they draw rather than paint. The composition explores the academic tradition as carried out among Americans in late-eighteenth century London.

Posted by David Bridgwater at 09:36