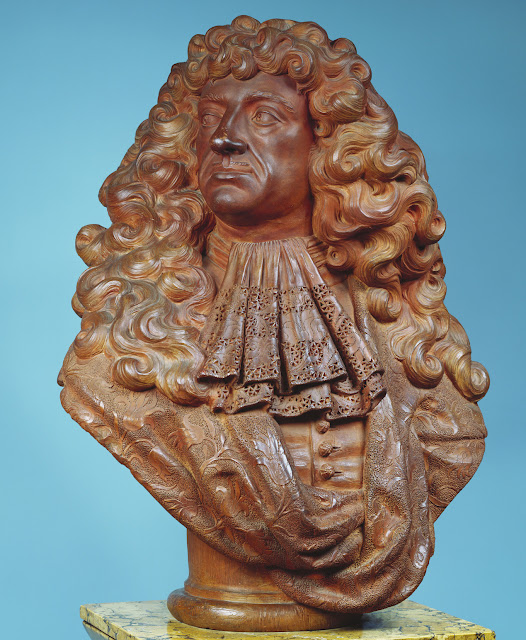 Restored in 1938 when the bronze painted finish was removed 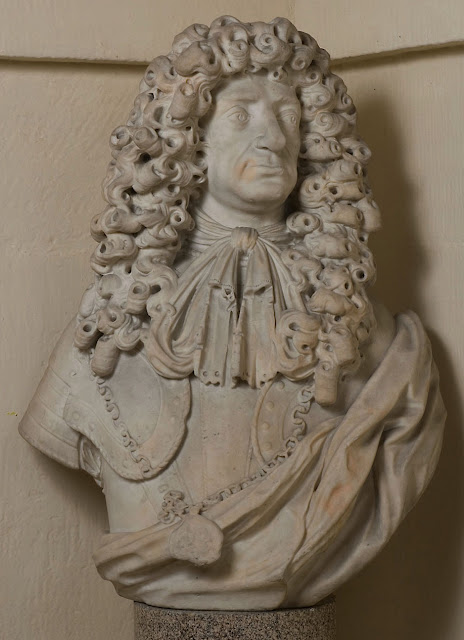 Charles II
see the Fitzwilliam Museum Terracotta below.
They said attrib. John Bushnell but Alastair Laing suggested in 2010 that was more likely to be by Caius Gabrial Cibber. The jury is still out!
Seaton Delaval Hall.
formerly at Melton Constable
National Trust 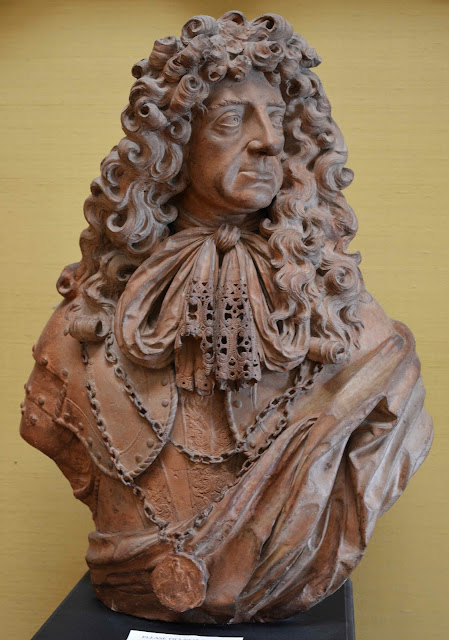 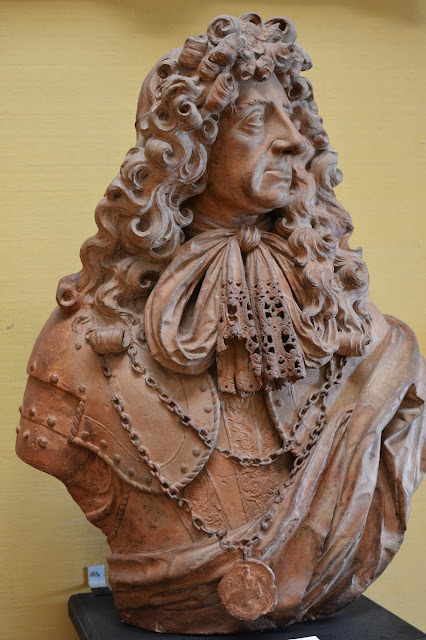 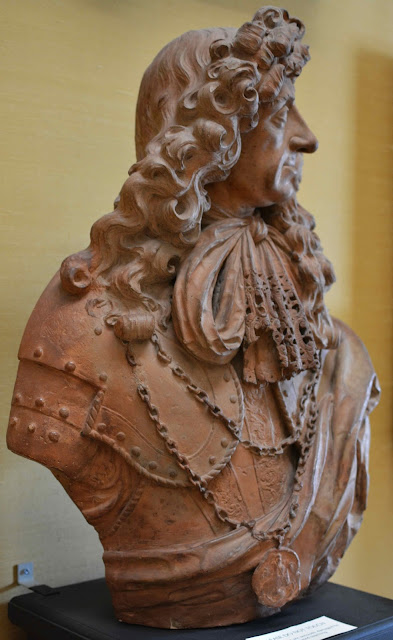 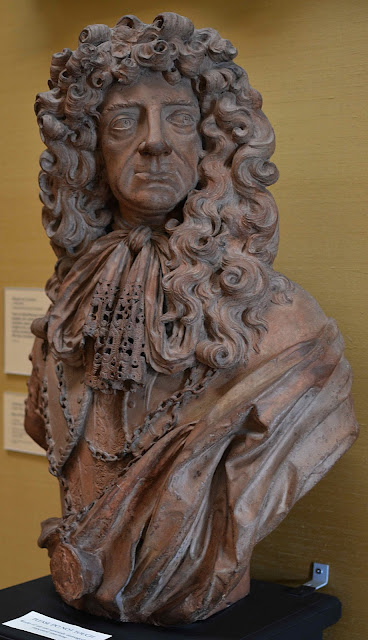 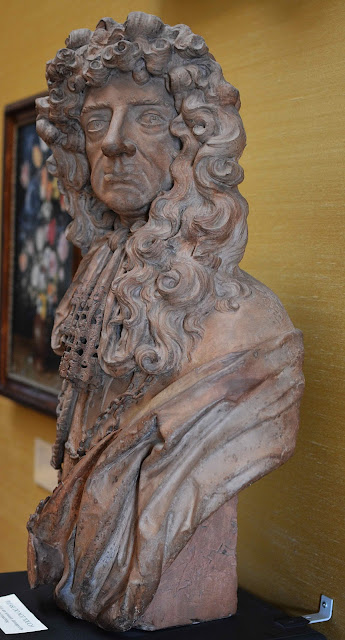 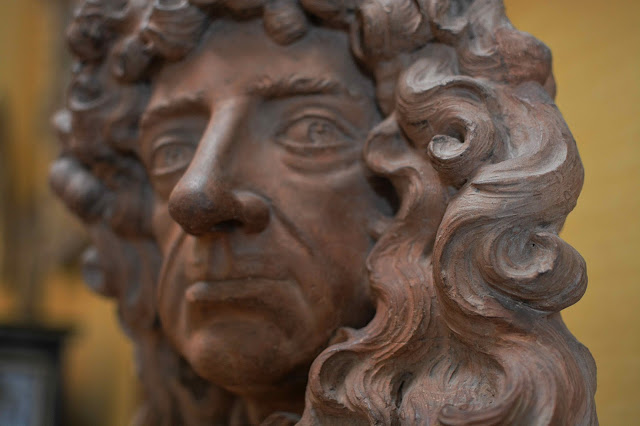 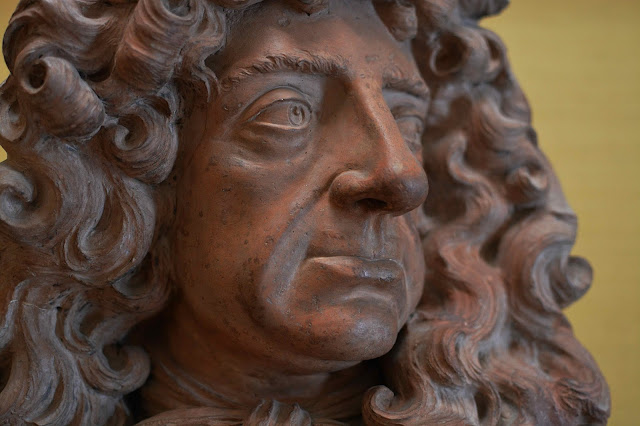 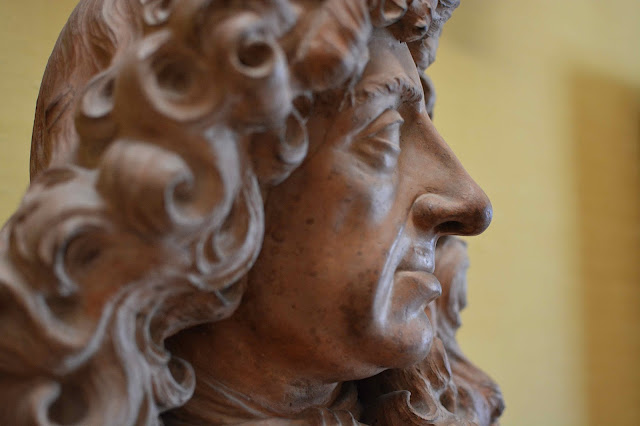 This bust was bought in the early 1920's from the owners of the Mill Hill Estate, where it had been since 1877 in the possession of Mr Serjeant Cox, who had purchased it with the furniture, fittings, plate, and other materials of the demolished Serjeant's Inn, Chancery Lane, and re-erected the hall stained glass and all, at his home at Mill Hill. Sir Bruce surmised that the bust may have originally belonged to Francis North, 1st Baron Guildford (1637-1685), Lord Chancellor, who was highly esteemed by Charles II, and who, as Lord Keeper, erected the Chancery Lane Hall of Serjeants Inn, 1669-1677. 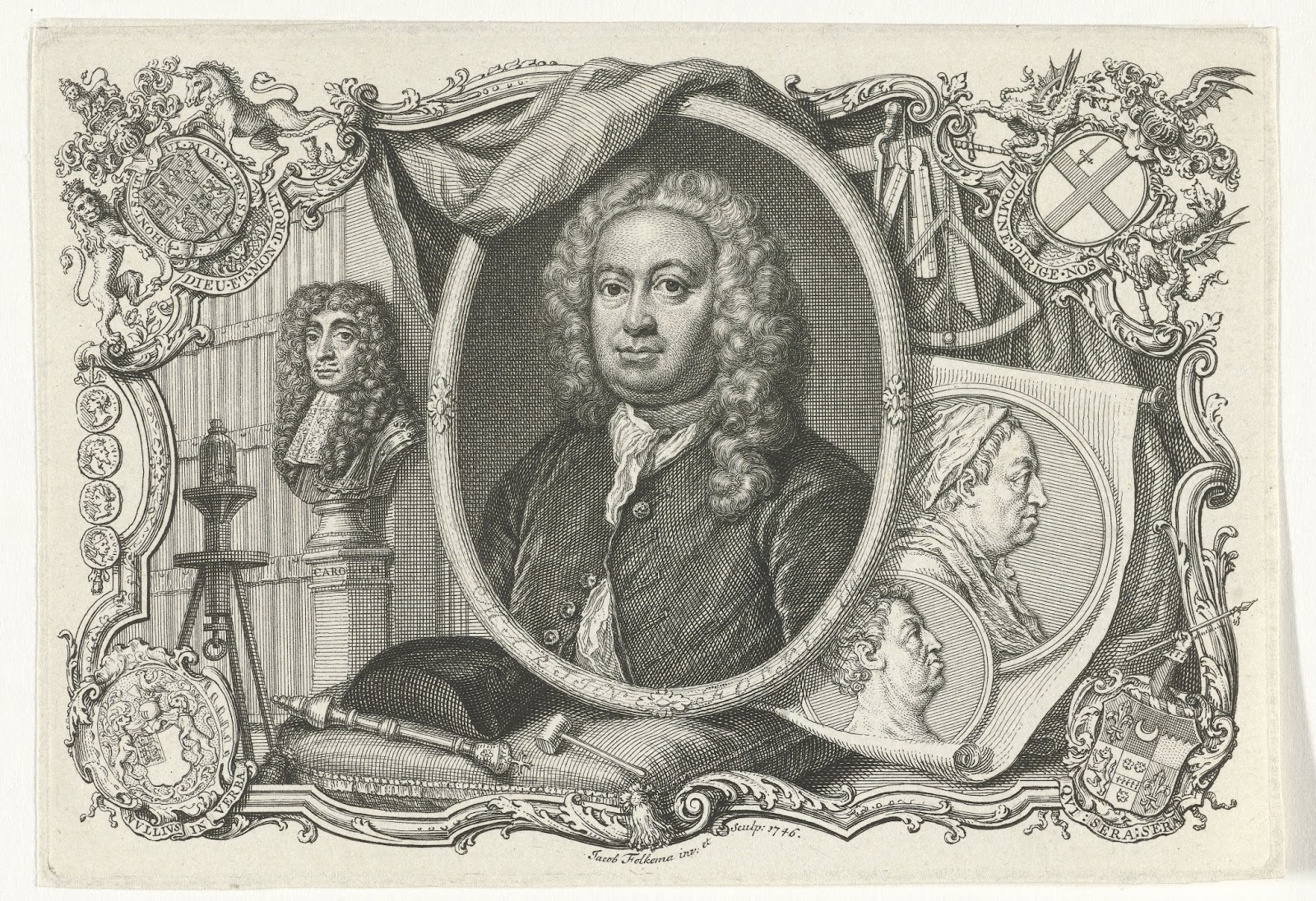 Fascinating engraving of the polymath Martin Folkes President of The Royal Society.
With the bust of Charles II and the roundel or medallion of Martin Folkes
by Jacob Folkema, 1746
Amsterdam
98 x 143 mm.
from Portraits des Hommes Illustres de Dannemark Part 6

the last paragraph in the excerpt above from - 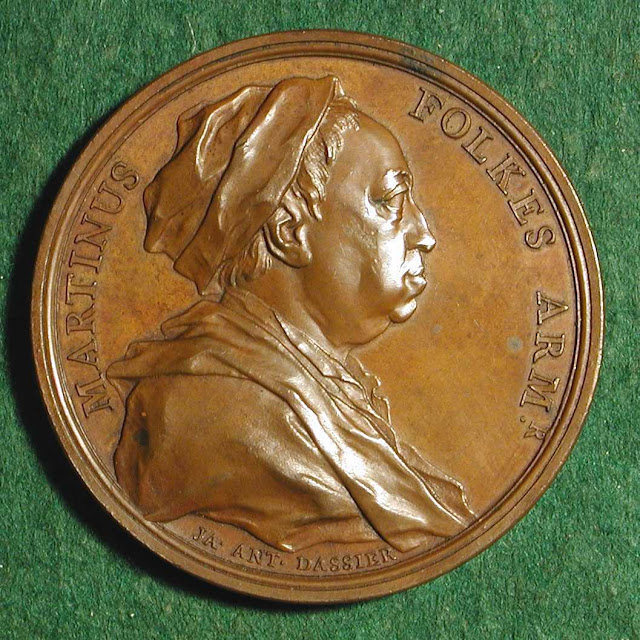 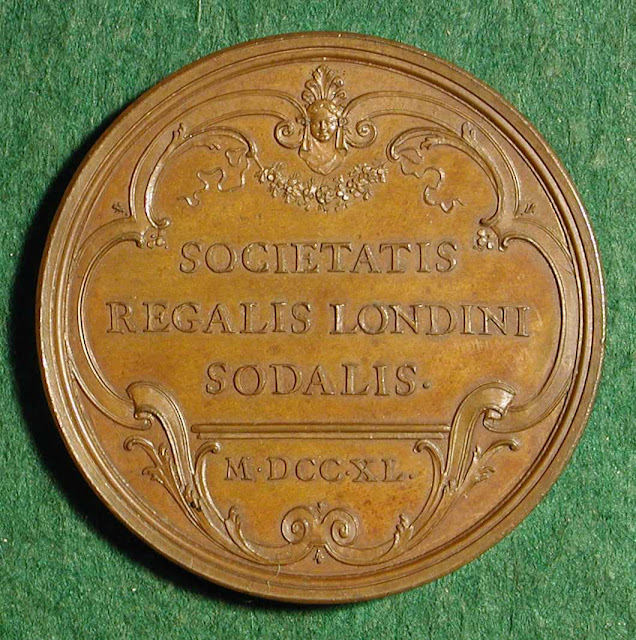 Images from website of Ben Weiss
all rights reserved.

For more on the Dassier Medallion of Martin Folkes 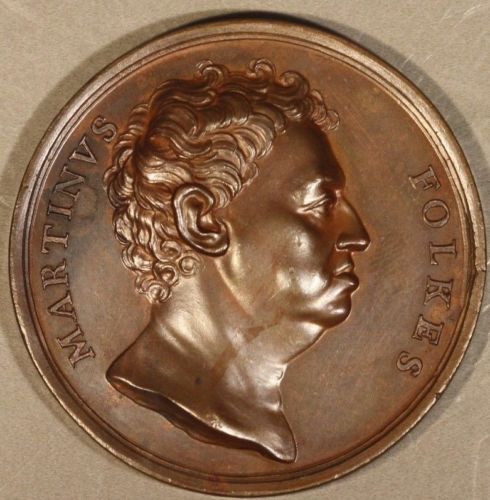 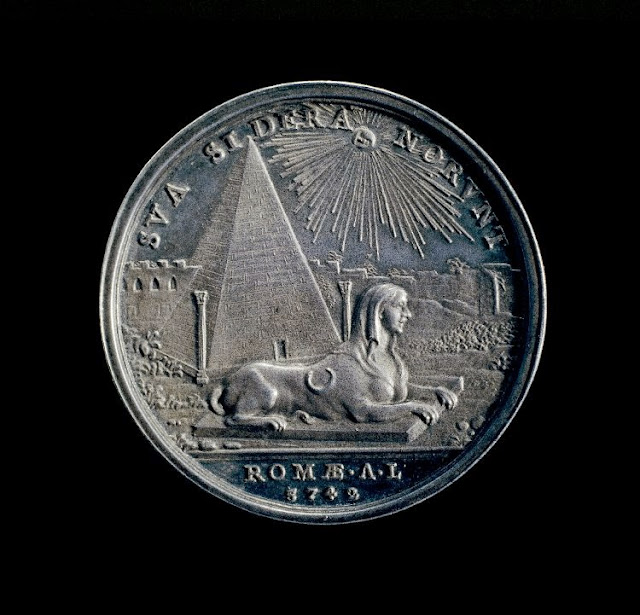 Anonymous medallion struck in Rome dated 1742
38mm diam.
with the pyramid of Caius Sestius in Rome. 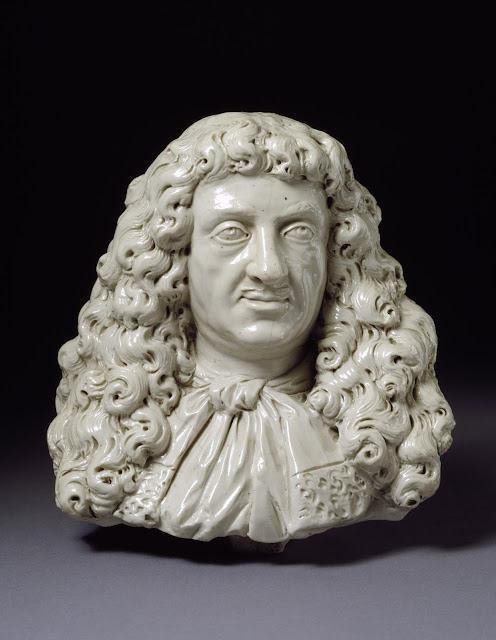 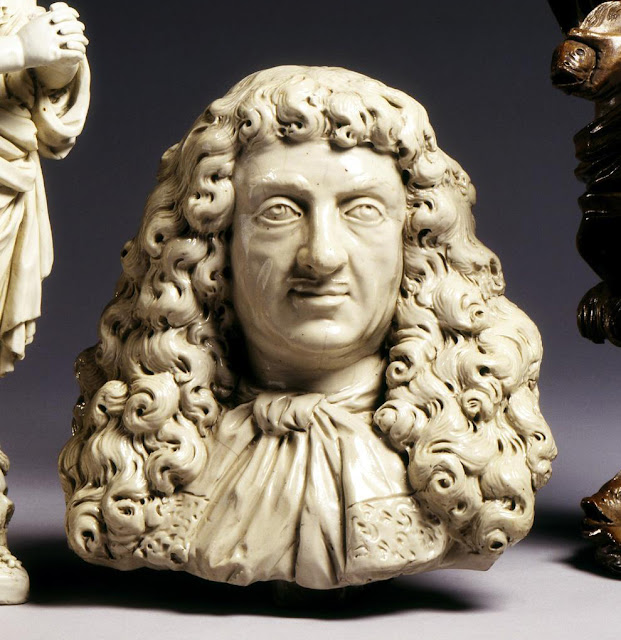 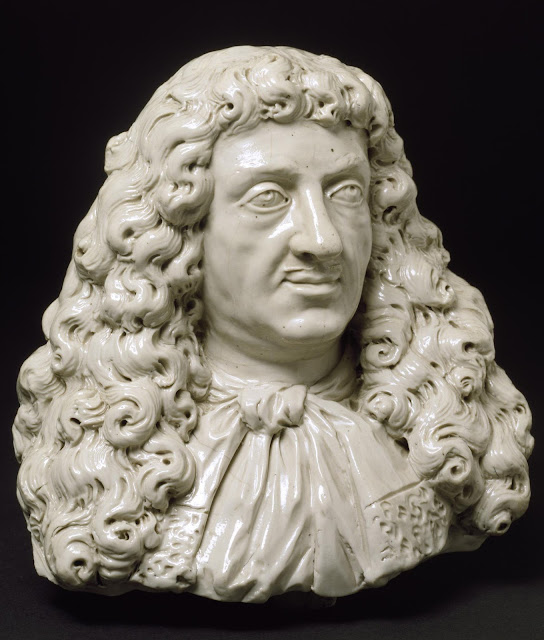 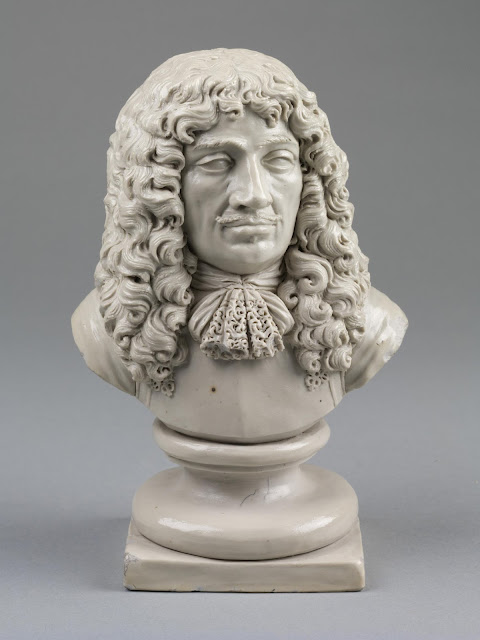 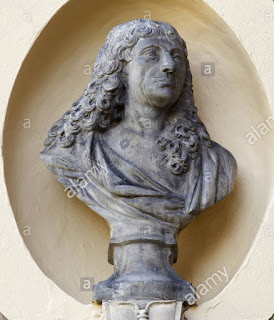 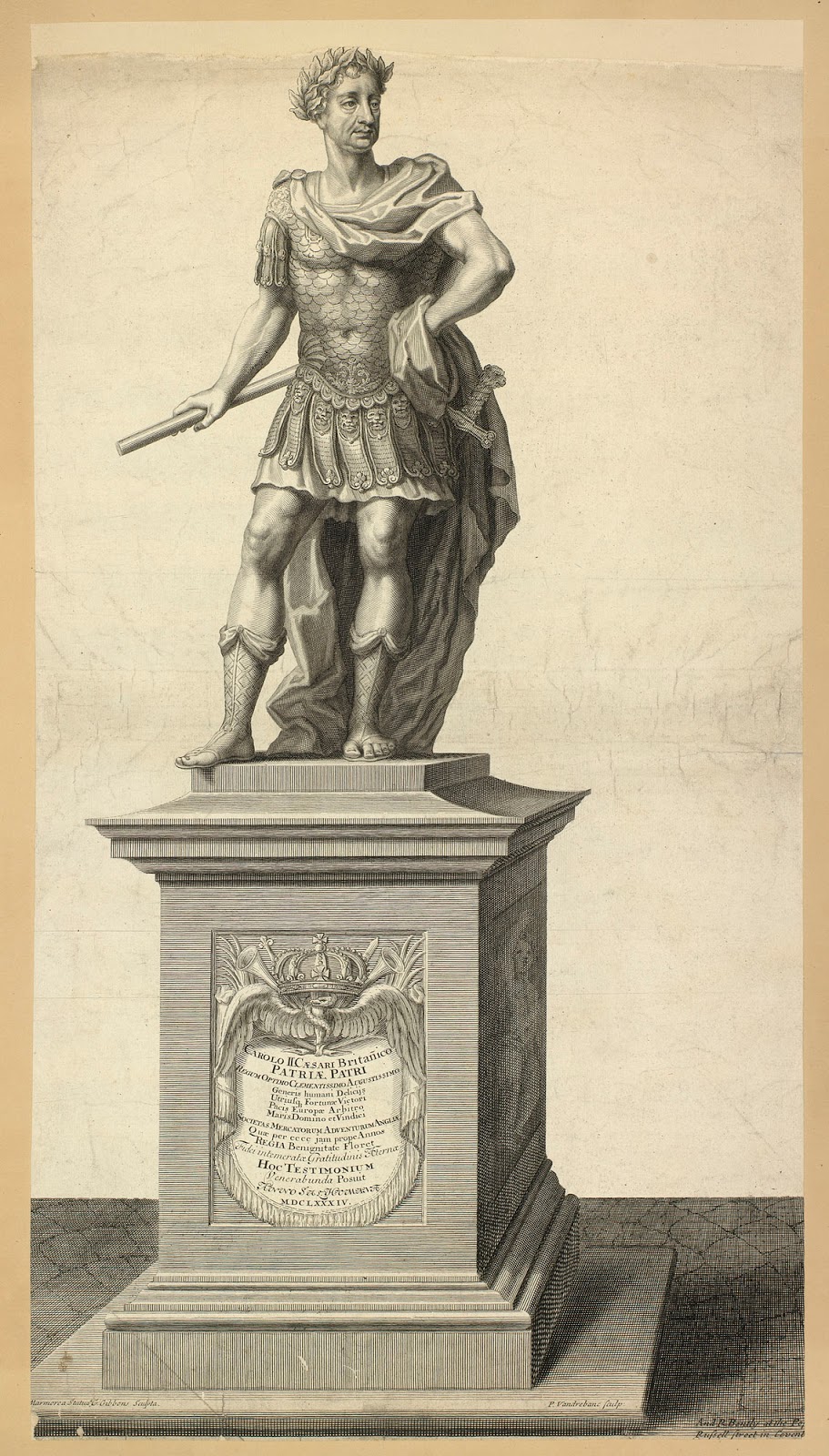 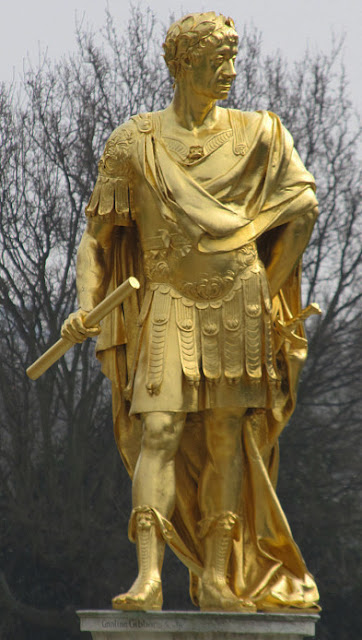 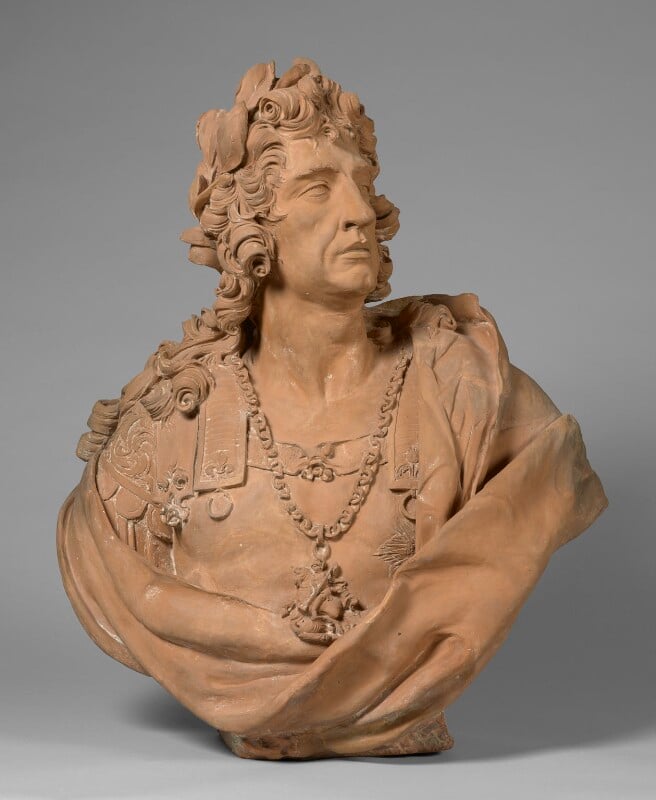