The Engraved Portraits of Anthony van Dyck.
Included here are a selection of engravings made prior to 1743 which would have been available to Michael Rysbrack when produced his portrait bust and statuette of van Dyck. With two exceptions they are all based on the original etched self portrait or that plate which was completed by Lucas Vorsterman I 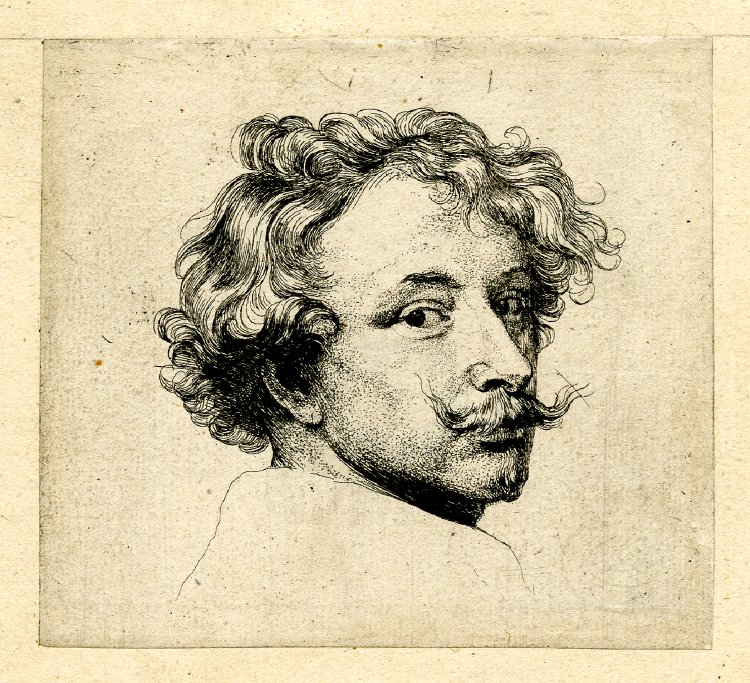 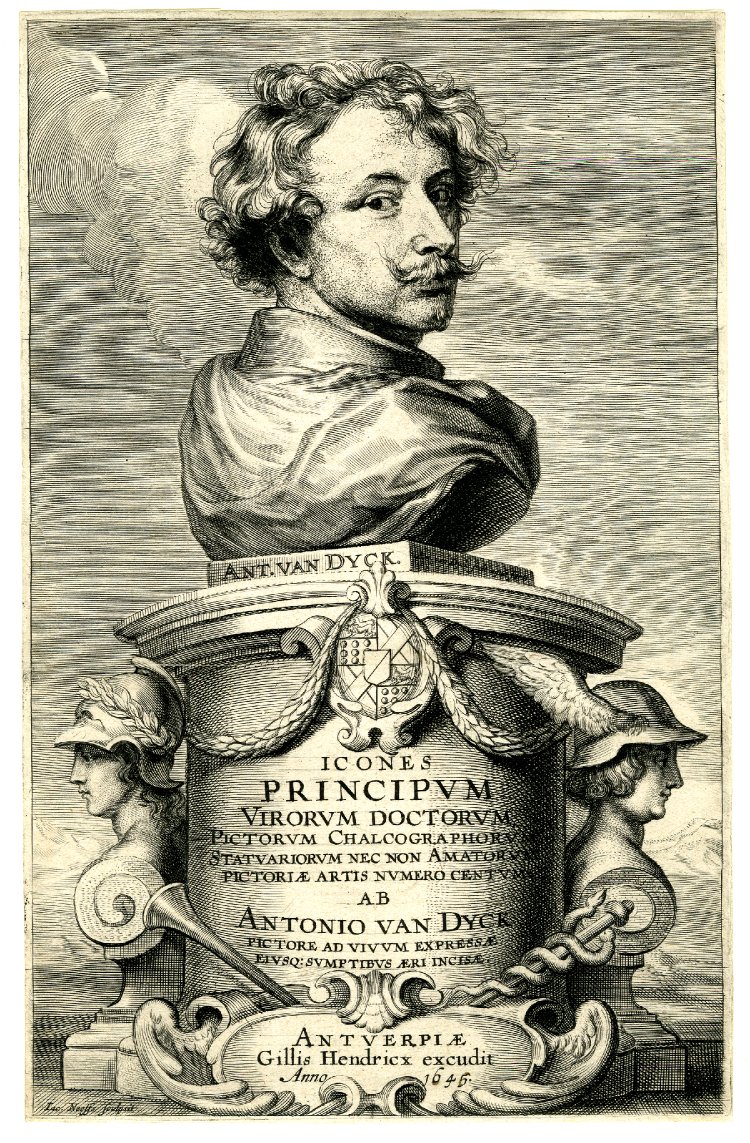 by Jacobus Neeffs (Neefs), after Sir Anthony van Dycketching, circa 1645 242 mm x 157 mm.
The famous self-portrait captures the immediacy of an autograph drawing, while leaving the bust of the figure to be completed by a specialist engraver. The backward glance suggests spontaneous movement, while the stipple technique indicates that van Dyck had been inspired in Italy by the engraved portraits by Ottavio Leoni. The unfinished state may mean that van Dyck distributed the print in this form among the friends and patrons, who would have appreciated, too, the superior quality of an early impression.

On his return to Flanders from Italy in 1628, van Dyck planned an ambitious project to publish portrait prints of distinguished contemporaries, which became known as his Iconographia. Initially he etched the heads, but he soon left all the printmaking to specialist engravers such as Paulus Pontius, supplying them with oil sketches and drawings from which to work. 52 of the 80 portraits published in the 1630s represent artists or art connoisseurs. They are shown elegantly dressed and at their ease, in a clear attempt to enhance the social status of the profession.
After van Dyck's early death, the publisher Gillis Hendricx reissued the plates with this self-portrait as the title-page. A bust was added below and set on a base, with a Latin inscription announcing that the portraits were drawn from life by van Dyck, who had had them engraved at his own expense. 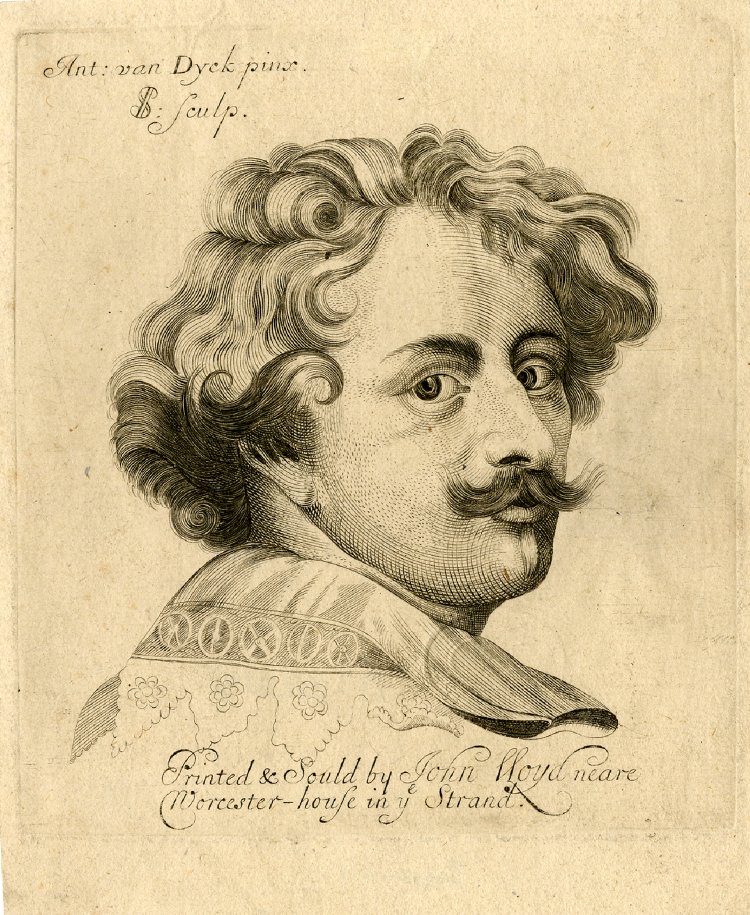 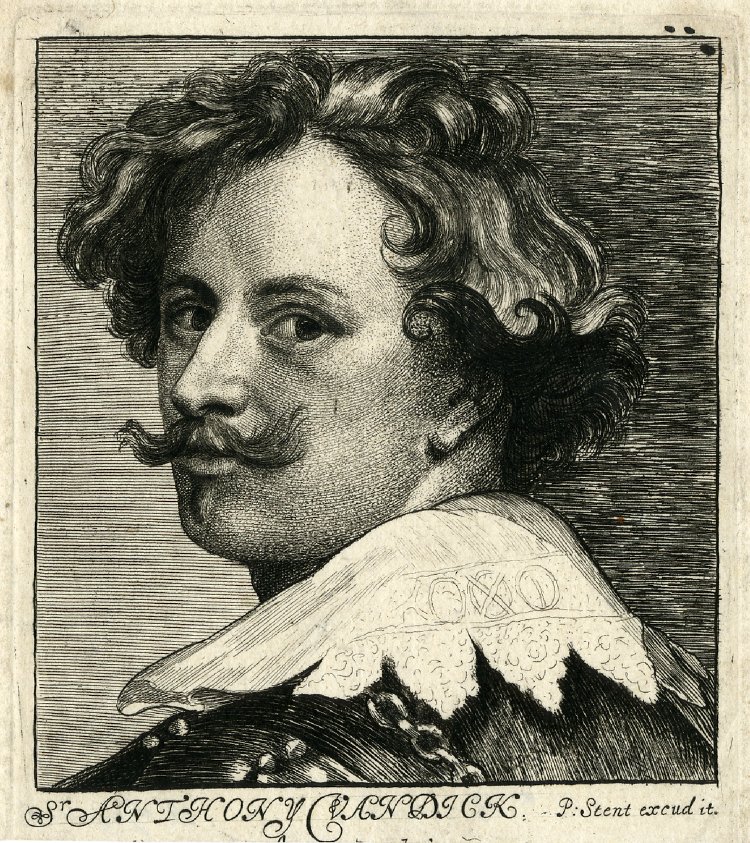 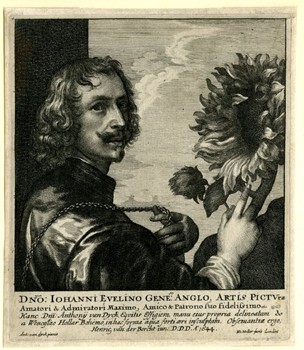 Engraving by Wenceslaus Hollar after the Self  Portrait by Anthony van Dyck. 1644. The imagery of this portrait has been a matter of study and debate since the prototype. (Collection of the Duke of Westminster) was executed in 1632/3. It is an exuberant piece in which the painter displays a valuable gold chain, perhaps that given to him by the King in 1632, when he was knighted and made
painter to the King and Queen, and gestures to a sunflower. Whether this motif suggests the courtier's dependence in all things on the King - as the immense popularity of this image during the Civil War might suggest - or his devotion to the cause of Art - as John Evelyn certainly believed some decades later - has never satisfactorily been resolved, and it may be that both possibilities were always intended. Gold chains were traditional as gifts from sovereigns to painters, and when Van Dyck painted himself wearing one they were alsoa highly-prized element of fashionable costume. The painting's function is - if incidentally- documentary as much as it is
allegorical. Several copies of the oil portrait exist.
info Lifted from Historical portraits website 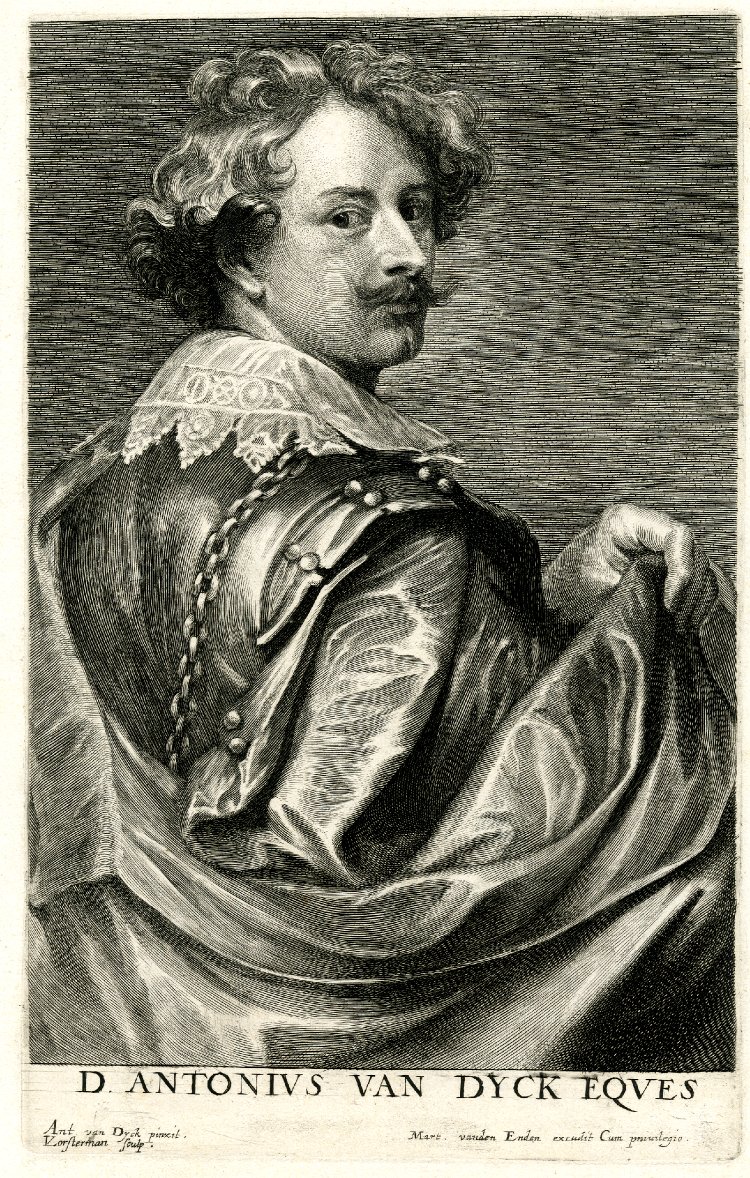 Anthony van Dyke,
from his own etched self portrait - the first engraving on this page
by Lucas Vorsterman (1595 - 1675).
245 x 157mm.
British Museum.
Vorsterman had worked for Rubens and was his most talented engraver but famously had a violent falling out with him in 1621, Rubens was godfather to his son Lucas II. It is believed that he suffered some sort of nervous breakdown. He was in England between 1624 and 1630.  He went on to work for van Dyck helping to produce 22 of the original 80 plates for his Iconography. Van Dyck engraved his portrait which has a singularly haunted look about it. I include it here because I believe it to be a wonderful portrait of a slightly disturbed man. 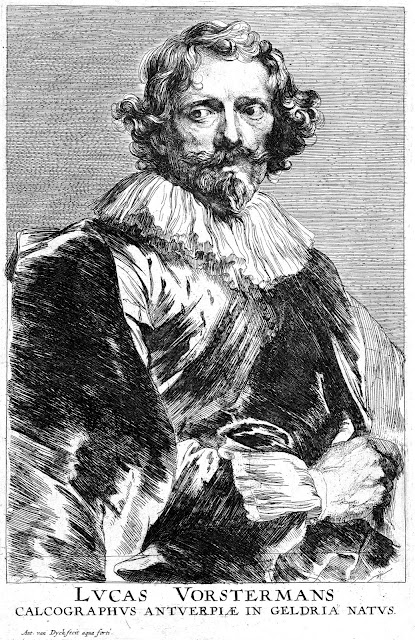 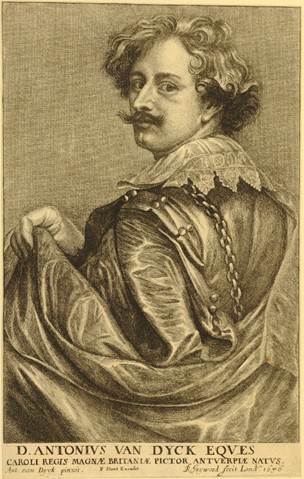 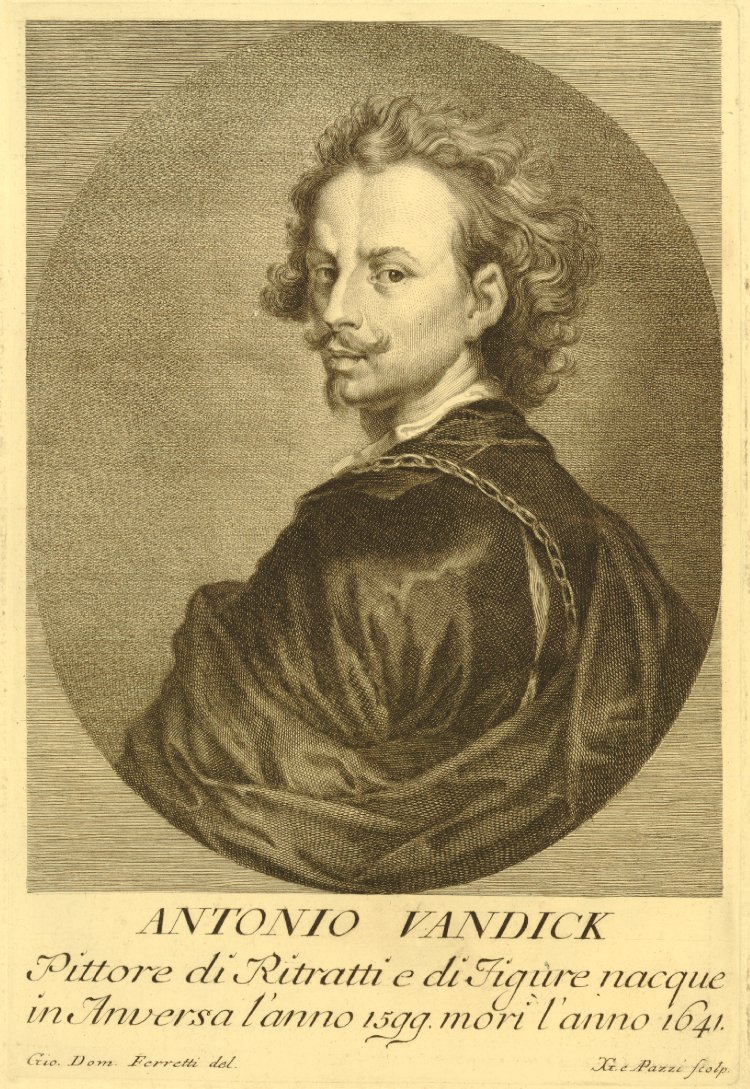 After a self portrait by Anthony van Dyck
After the original now in the Ufizzi Gallery Florence . c 1630.
by Giovanni Domenico Ferretti,
engraved by Pietro Antonio Pazzi, (1706 - 70),
c. 1730 - 50.
266 x 180 mm.
British Museum.
It is unlikely, given the time frame, but possible that Rysbrack had seen this engraving before the production of his version of van Dyck.
Posted by David Bridgwater at 02:17